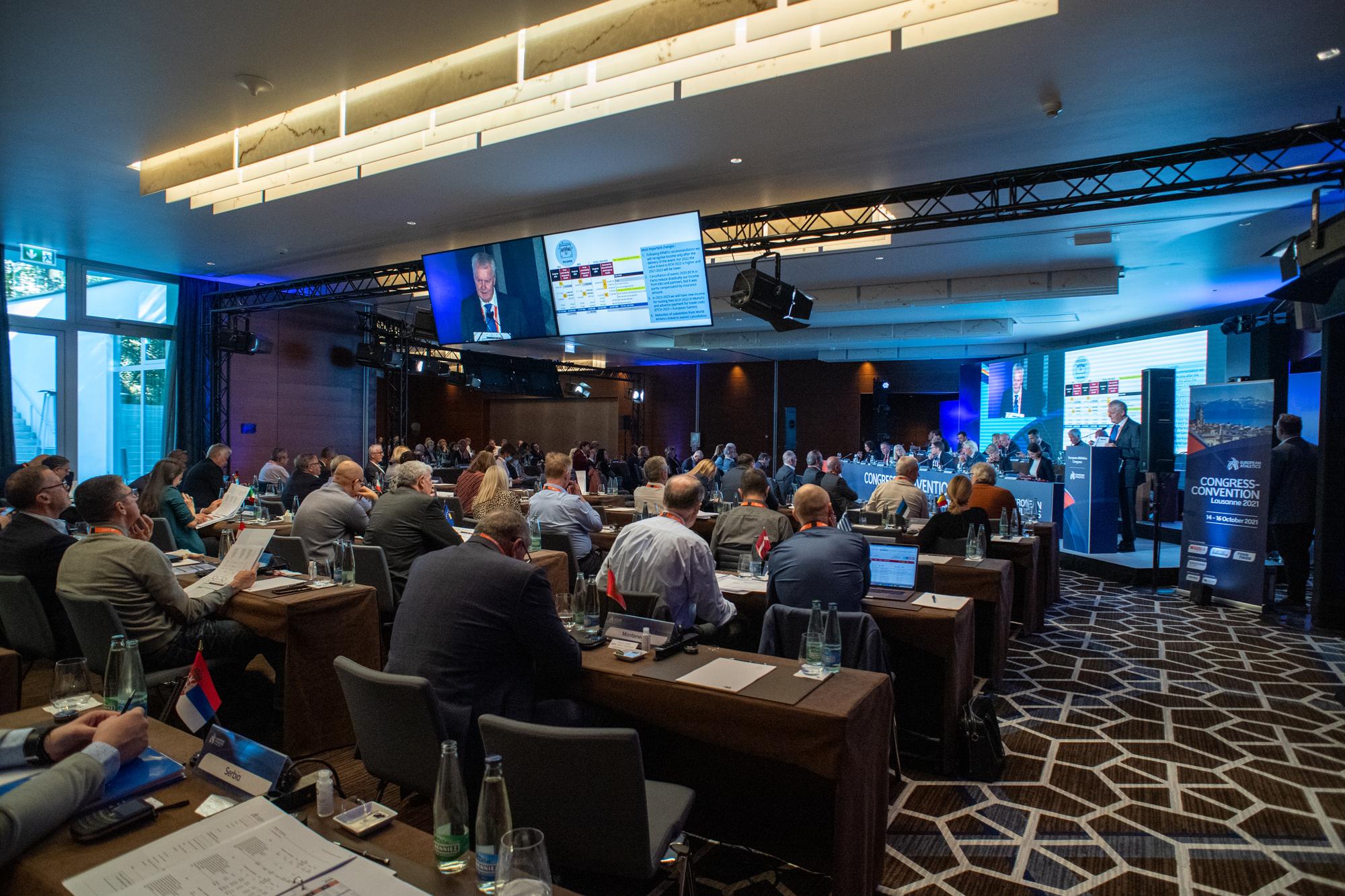 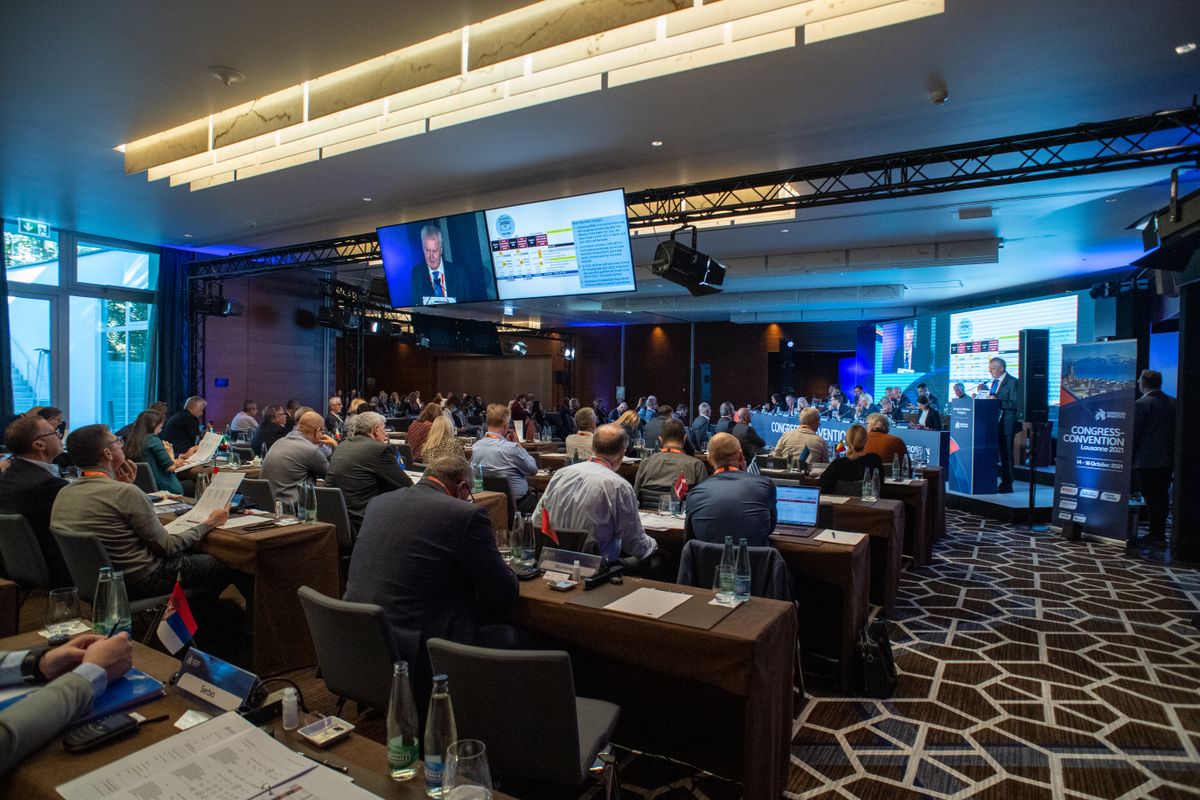 The 2021 European Athletics Congress was held at the Hotel Royal Savoy, Lausanne, Switzerland on 14 October 2021.

The Congress is the General Assembly of the Member Federations and the supreme authority of the European Athletic Association it is also the forum for proposed Constitution amendments and changes, which are then voted upon.

The 2021 Congress was also a 'Special Election Congress' which saw the election of the European Athletics President, one Vice President and two Council Members.

Full details of the 2021 Congress, which saw Dobromir Karamarinov (BUL) elected as the sixth President of European Athletics can be seen here.

The current Constitution can be downloaded here.

The 2023 European Athletics Congress will be held in Belgrade, Serbia on 21-23 April. This will also be an Election Congress which will see elections for the positions of President, three Vice Presidents and 13 Council Members, who will all serve for four-year terms.