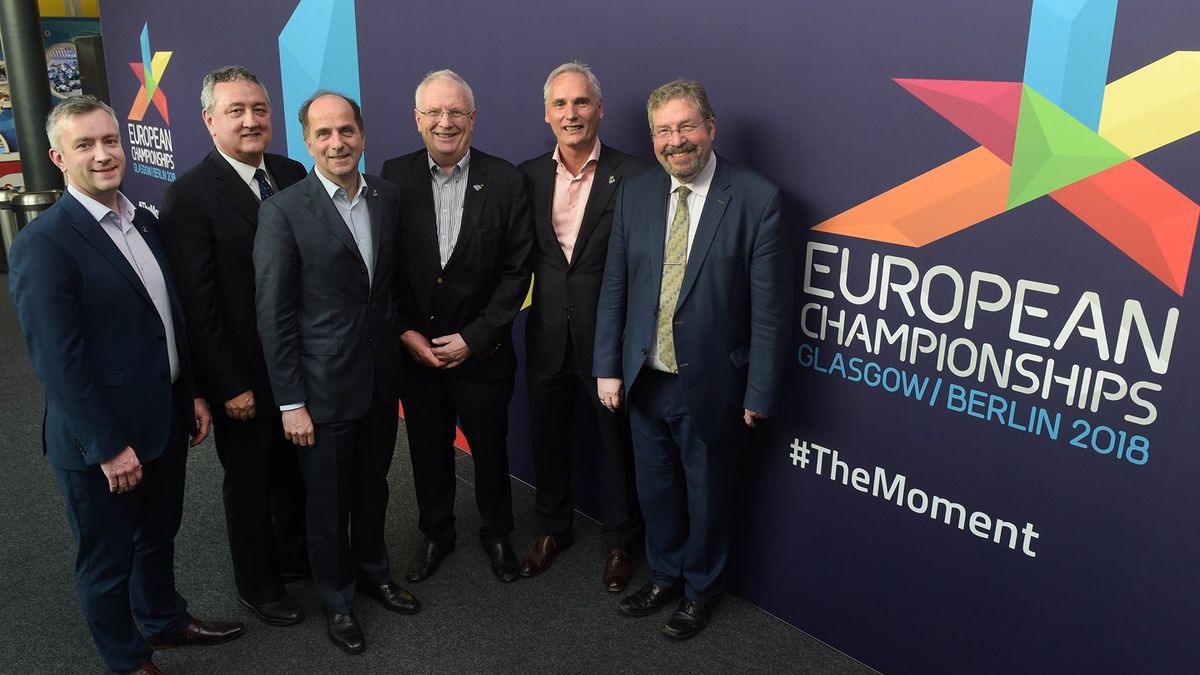 All of Europe’s major free to air broadcasters will televise the inaugural European Championships in 2018, it was announced today.

The European Broadcasting Union (EBU), which holds the broadcast rights on all platforms, has confirmed coverage across the top five markets, BBC in the United Kingdom, ARD/ZDF in Germany, France Televisions in France, RAI in Italy and TVE in Spain.

These countries represent a major part of the potential television audience of 1.03 billion for the event which will bring together the existing championships of some of the continent’s biggest sports for the first time and be co-hosted by Glasgow and Berlin.

Agreements to broadcast the new multi-sport event on free-to-air have also been concluded across Scandinavia, the Netherlands, Belgium and others.

The existing European Championships of athletics, aquatics, cycling, gymnastics, rowing and triathlon will be brought together for the first time, and a new Golf Team Championships will also be introduced onto the European stage.

Around 1500 athletes will compete in Berlin through 7-12 August as part of the European Athletics Championships, while approximately 3025 athletes will visit Scotland for the other six events between 1-12 August.

This new sporting partnership will create a compelling broadcast event on the world stage every four years.

Stefan Kürten, Director of Eurovision Services & Sports Rights at the EBU, said: “The EBU and its members are proud to be part of this milestone event for European sports on free-to-air; this event will feature the best of Olympic summer sports in Europe – all competitions for the widest public.”

Fellow co-chair Paolo Barelli, President of the Ligue Européenne de Natation (European Aquatics), said: 'We have brought our individual European championships together in this way to help grow broadcast and commercial opportunities and to continue to encourage participation in our great sports. I am therefore delighted that the major markets across the continent are helping ensure our partnership will be a tremendous success as we create a compelling, must-see event.”

Colin Hartley, Championships Director of Glasgow 2018, said: “Working with the EBU to stage this exciting new concept for some of the leading sports in Europe is one of the major reasons Glasgow was attracted to becoming one of the Host Cities and we are delighted that the major broadcasters, including of course the BBC, have shown such confidence in Scotland’s ability to work in partnership to stage what will be a compelling and entertaining product for audiences across Europe and beyond.”

Frank Kowalski, Berlin 2018 Managing Director, said: “We are convinced that the path our summer sports have chosen to position themselves even more effectively against the power of football is the right one. We will work to create the best synergies between the sports and the two host cities. The new format will be very entertaining.”

1. The 2018 European Championships will be staged by the European Federations and the Host Cities of Glasgow and Berlin.

3. The European Broadcast Union (EBU), the umbrella body for Europe free-to-air channels, will be the broadcast partner for the Championships. The event is expected to generate a television audience of around 1.03 billion with many more viewers across multiple digital platforms.

4. Around 3025 athletes will travel to Scotland as part of a total delegation of around 8500 including officials, media and others. A further 1500 athletes will compete in Berlin.

5. Berlin's Olympic Stadium will be the venue for the European Athletics Championships with the road races and race walking events held throughout the city.

7. Four European Cycling Championships will be staged in Glasgow. Track, Road, Mountain Bike and BMX will attract 650 of Europe’s top names to the Sir Chris Hoy Velodrome, the Cathkin Braes Mountain Bike Trails, the streets of Glasgow and a new world championship and Olympic standard BMX track to be built in the Knightswood area of the city.

10. The European Championships for both Rowing and Triathlon will both be staged at Strathclyde Country Park in North Lanarkshire.