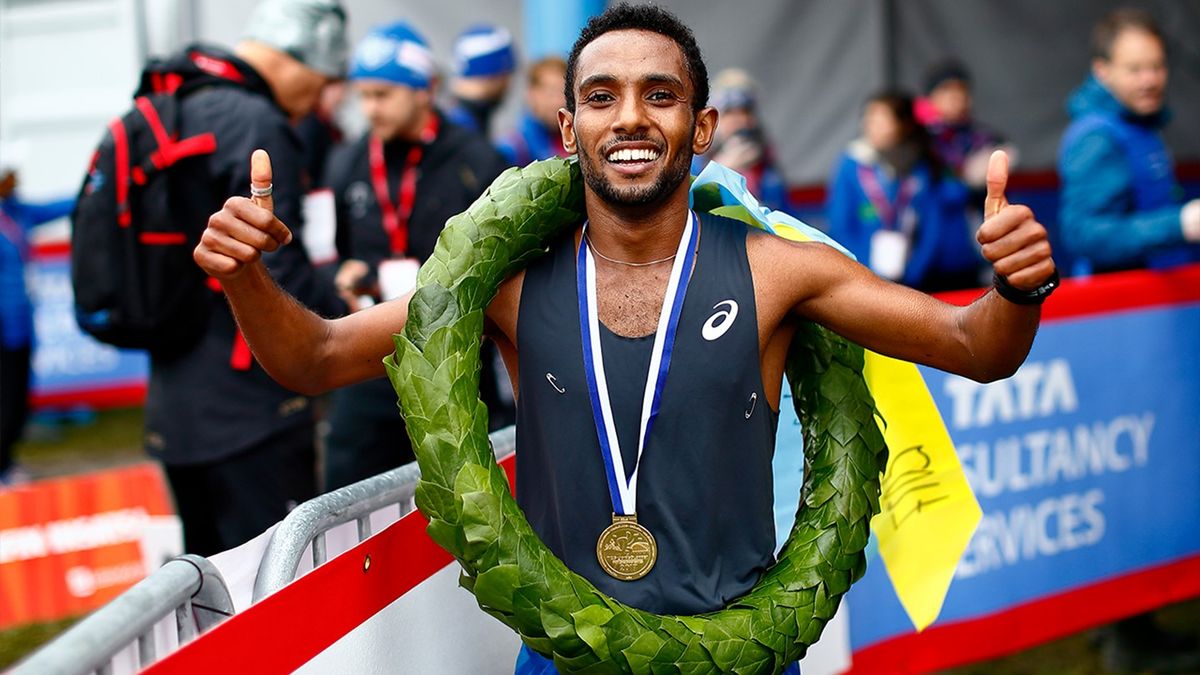 Meraf Bahta opened her cross country season with a brilliant double, albeit by the closest of margins, as she celebrated two fine victories at the Swedish Cross Country Championships in Ekerum.

It was a busy weekend of cross country action on the countdown to the SPAR European Cross Country Championships in Tilburg on 9 December and Bahta first triumphed over the 4km on Saturday in 13:48, beating Charlotta Fougberg by a second.

Twenty-four hours later, it was the same one-two over 8km - the longer course which is more reminiscent of the championship distance. Bahta won by seven seconds this time from Fougberg, 28:02 to 28:09.

It was also a great weekend for steeplechaser Napoleon Solomon, who also completed the men’s double in a scenario similar to the women’s races, beating Robel Fsiha on both occasions.

Over 4km, he won by two seconds in 11:54 and over 12km, it was by four seconds in 37:12. Solomon has showed excellent range in the early weeks of the cross country season by defending his title at the famous Lidingoloppet 30km in September.

On current form, Solomon will be hopeful of improving on his 23rd-place finish from the 2017 SPAR European Cross Country Championships in Samorin.

Arguably nowhere more than Ukraine does the SPAR European Cross Country Championships have such resonance because of Sergiy Lebid who won the men’s senior title on nine occasions between 1998 and 2010.

Ivano-Frankivsk was the setting on Friday and Saturday for this year’s national championships in pursuit of places for Tilburg and the man looking to follow in those hallowed Lebid steps this time will be Vasyl Koval.

Back in Budapest six years ago, Bulgaria’s Mitko Tsenov won silver in the U20 race at the SPAR European Cross Country Championships and now at 25, he could be set to make his mark in the senior event.

He might be more used to the barriers being his country’s 3000m steeplechase record-holder but he achieved an emphatic success over 10km at the Bulgarian Cross Country Championships on Saturday in 31:21 from Yolo Nikolov in 31:32.

Marinela Nineva was even more convincing in the women’s senior race at 8km which she won by more than a minute in 29:11. In the U23 events, Ivo Balabanov took the men’s 8km in 25:15 and Bilserin Syuleyman won the women’s 6km in 24:27 – over two minutes ahead of the rest of the field.

Hungary and Denmark also staged cross country races which could have a bearing on team selections for Tilburg.

In the opening round of the Hungarian Cross Country League Series, Hungary’s 10,000m champion Benjamin Kovacs won the senior men’s race by four seconds in 19:43 in Postelek as Lilla Bohm triumphed by eight seconds in the women’s 6km in 19:45.

And in Korsor, marathon specialist Abdi Hakin Ulad broke away at the 3km stage for victory in 22:34 in the first round of the Danish cross country nationals. Sara Kristensen won the senior women’s race by six seconds in 28:03.