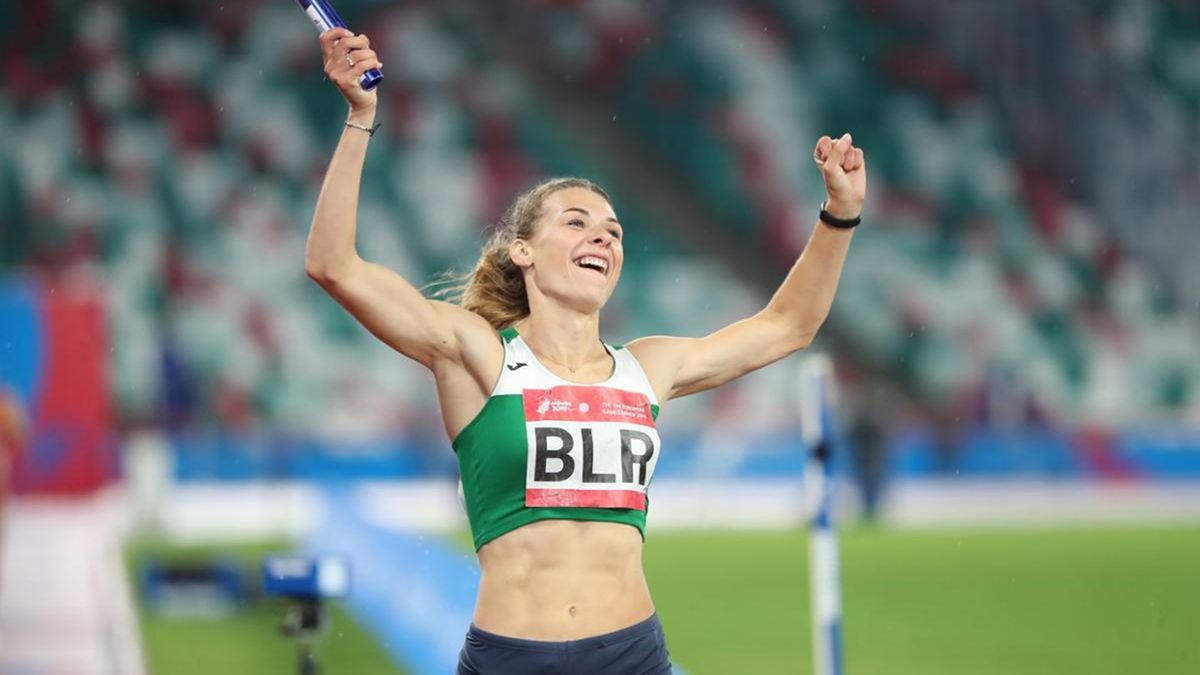 The six teams that will contest the first DNA title in Friday's final have been decided. Ukraine, France and Germany progressed from the first semifinal while hosts Belarus, Italy and Czech Republic were the top three in the second semi at the European Games in Minsk on Wednesday (26).

Portuguese sprinter Carlos Nascimento continued his winning ways, having won both his previous outings in the Belarus capital including taking the 100m gold medal on Sunday, when he won the semifinal race in a time of 10.26, not only the fastest of the entire DNA competition so far but equalling the second fastest time of his career.

Briefly, it looked like Portugal might have a chance of edging their way into the top three, especially after some good results in the earlier events. Long jumper Evelise Veiga also triumphed in the head-to-head format of the women’s long jump, beating Ukraine favourite Maryna Bekh-Romanchuk in first-place duel although the Berlin 2018 silver medallist did produce the best jump of the first semi with a distance of 6.64m in the earlier rounds.

However, Ukraine soon started to pile up the points with some consistently good performances.

With a 3.70 advantage over second-placed France and a strong team of Yevhen Hotsul, Nataliya Prishchepa, Oleksiy Pozdnyakov and Yana Kachur contesting the 800m-600m-400m-200m legs of The Hunt, Ukraine finished more than four seconds clear of Les Bleus with Germany holding onto third-place despite a spirited performance from Portugal in the last event.

It didn’t have much bearing on the overall result but also worth noting was Eda Tugsuz effort of 62.49m in the early rounds of the javelin and the Turkish thrower went on to take all 12 points in her specialist event for her team’s only win of the day.

On the evidence of the three days of DNA competition, Friday’s final looks like it could be a clash for gold between Ukraine and the second semi-final winners, host nation Belarus.

Belarus put on an impressive display for the home fans with four wins ahead of The Hunt, and in challenging rainy conditions.

Belarus wins the hunt and is now in the final of @Minsk2019BY athletics tournament! What a performance from all our athletes!

Kristina Tsimanouskaya took the 100m in 11.42 before reigning European 100m hurdles champion and European Athletics Rising Star of the Year Elvira Herman again went under 13 seconds when she sped to a time of 12.93.

'I think I got nervous more because of the waiting in the cloakroom than because of the rain because you never know what will happen. Hurdles is absolutely unpredictable but, actually I love running in the rain so it wasn't a problem for me,'said a delighted Herman.

Glasgow 2019 long jump silver medallist Nastassia Mironchyk-Ivanova flew out to 6.76m in the first-place decider of her event, having also jumped 6.72m in an earlier duel.

Former European champion Tatsiana Khaladovich added another 12 points when she won the javelin, throwing 61.66m to beat Czech Republic’s Irena Sediva who had produced a personal best of 61.03m in an earlier round.

With a 5.35 advantage over second-placed Italy going into The Hunt, only a disaster could realistically prevent Belarus taking first place but nothing untoward occurred and the hosts comfortably came home ahead of the surprise package Italians, who had only qualified for the semis via the quarter-finals/repechage but showed no signs of tiredness, with Czech Republic holding on to take third place and secure their presence in Friday's final.