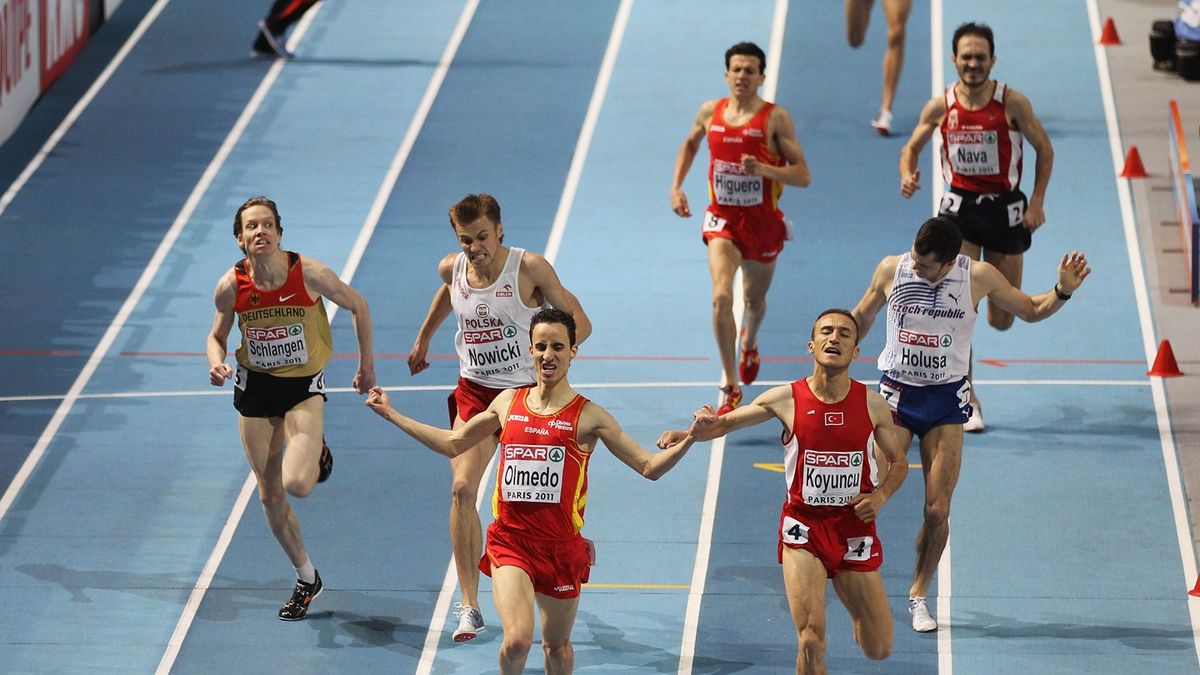 Manuel Olmedo and Solange Pereira were crowned champions on Saturday in front of a big crowd and the rain at the XXVII International Mile Berango.

The Spanish duo triumphed in superb fashion at this European Athletics Road Area Permit race, with the first six in the men’s event separated by just two seconds.

That was how close it was as Olmedo held on to beat Morocco’s Zakaria El Maazouzi, the defending champion, with the pair both having the same time of 4:26, with Spain’s Antonio Abbey third in 4:27, Roberto Alaiz fourth, also in 4:27, and in 4:28, David Palacio was fifth and Jesus Espana in sixth.

It was a first win at this event for Olmedo, a double Olympian who has a fine record on the Europe stage.

Now he has another big, and famous, title to his name after a race where fellow Spaniard Diego Square, who finished eighth in 4:31, made his mark at the front of the 20 runners with El Maazouzi, before a thrilling finish which saw Seville-born Olmedo charge through for victory.

Pereira won the women’s race for the second year in a row with a repeat one-two from 12 months ago as she finished first in 4:58 from Iris Fuentes-Pila in 5:01 with her sister Zulema Fuentes-Pila third in 5:04.

In 2013, Pereira triumphed by one second in 4:59 from Fuentes-Pila but this time the three-second gap came from a powerful finish after she moved through after 800m.

It was at that point that the Fuentes-Pila women and Paula Gonzalez were at the head of the field before Pereira took over.