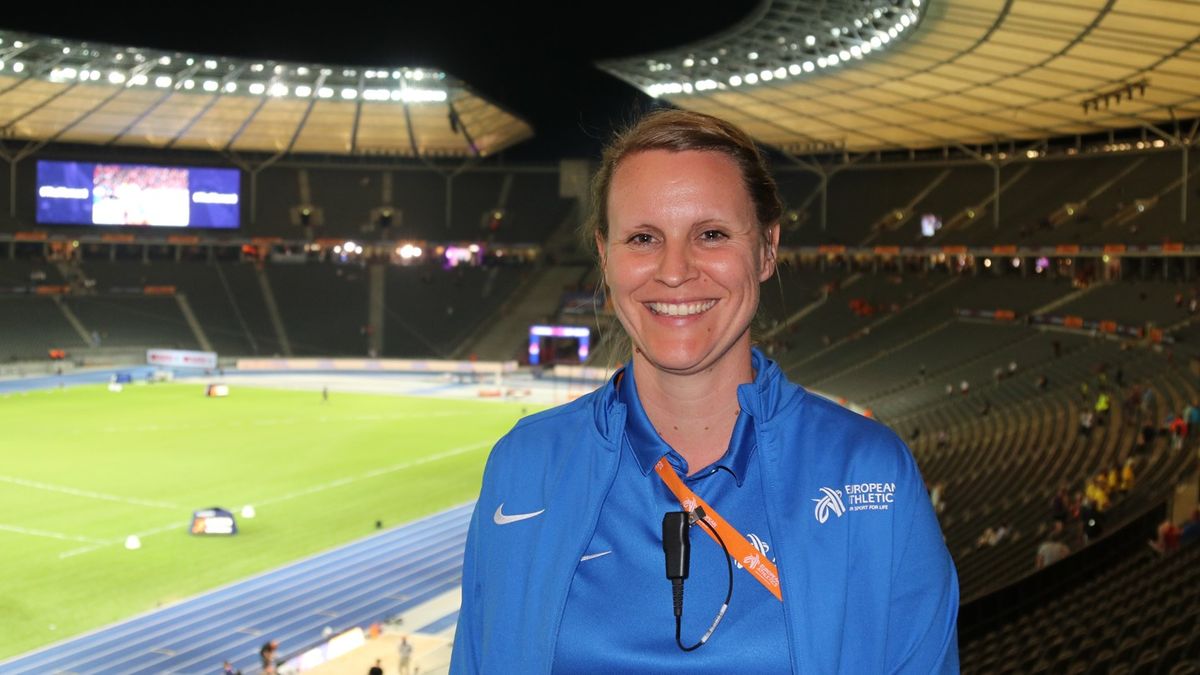 I started with athletics at the age of five, with a small local club that primarily was orientated towards young kids. I went with my friends and I first competed in cross country and then, over time, switched to sprints, notably the 400m, and combined events.

I come from a sporty family and we all enjoy sports and attend sports events. In my teenage years, I competed in German regional and national age-group championships in various events and later competed in the German combined events championships.

How did you come to move into a management position in athletics?

I always wanted to do something in sports and, especially, with athletics. Competing in national championships and watching international sports events made me want to get involved in what was going on ‘behind-the-scenes’.

When I left high school, degrees in sports management were not being offered at German universities so I studied business administration at the Justus Liebig University in Giessen and then moved to the University of Applied Science in Heidelberg to get an advanced diploma in business with a special focus on sports management and sport marketing.

During my studies in Heidelberg I was really excited to get a place as an intern in the DLV (German athletics federation). In addition, my thesis for this diploma was: ‘Attractiveness of athletic events – from athlete/organiser and TV perspective’.

My next step professionally was in 2007 when I started working full-time in the DLV Competition Department, as a competition manager responsible for organising national championships in different age groups.

What happened next? You have gone from organising national age-group competitions to major international competitions.

I was the competition manager for the 2014 European Team Championships Super League in Braunschweig, which was also my first professional contact with European Athletics.

From 2015, I spent three years working as the Athletics Sports Director for Berlin 2018. After a year back working in the DLV Competition Department, since May this year I have been working for the Munich 2022 Local Organising Committee in the same role that I performed in Berlin.

You give the impression of being very motivated?

I am! I am still really enjoying what I do after 13 years of being professionally involved in athletics. I have always felt that my hobby turned into my work. I think that’s the key to my own personal enjoyment of what I do. In addition, since Berlin 2018, I have felt empowered and I have the confidence that I can manage and deliver major international athletics events.

What are your hopes with regards to the role and status of women in our sport?

It’s very simple: women with the same qualifications should have the same equal opportunities to work in high-level management positions as men, whether that’s in athletics or any other profession. It is really important to offer young professional women the opportunity to be able to show all their talents and abilities.

Even if you need to leave your comfort zone, every woman should take the chance to strive for a leading position in their area of expertise. In my case, Berlin 2018 was my first experience of being involved in a major international athletics competition in a leading position. It meant leaving what was then my comfort zone but being involved in Berlin 2018 gave me the confidence and credentials to get involved with the Munich 2022 team in a similar role.