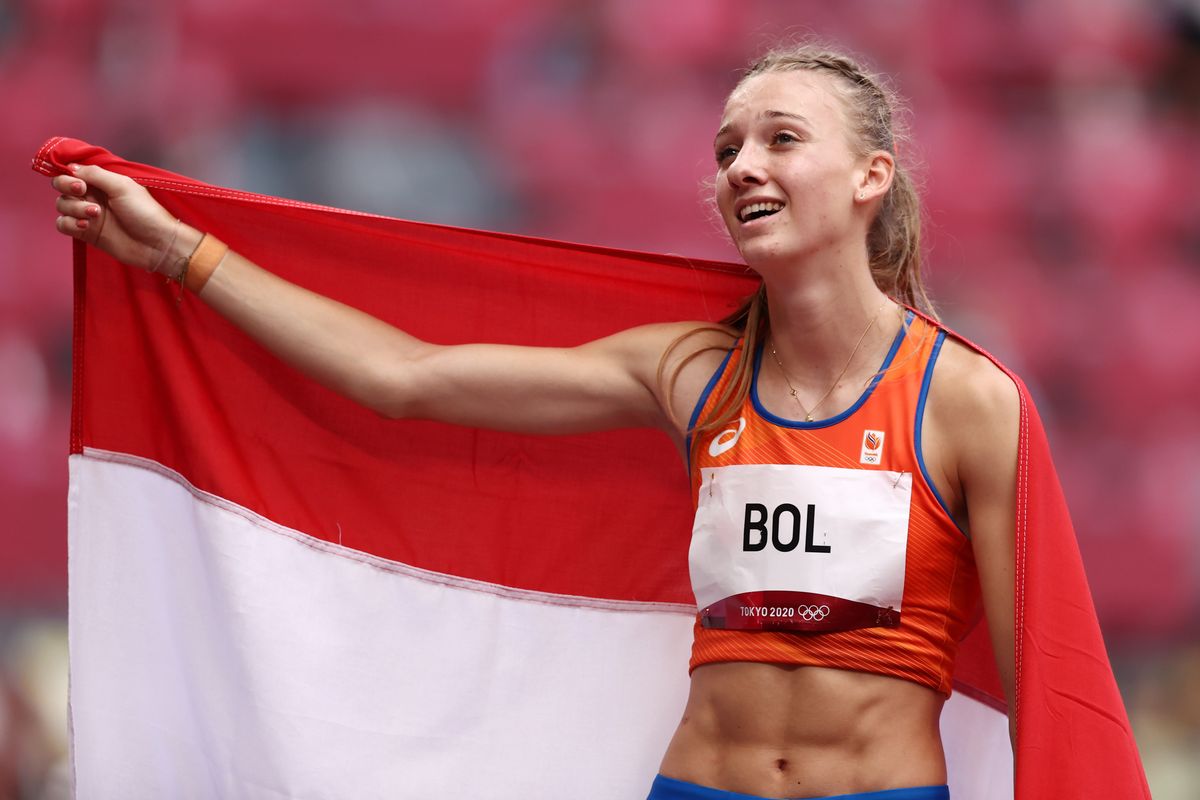 The duel between world record-holder Sydney McLaughlin and reigning Olympic champion Dalilah Muhammad played out as anticipated with European indoor 400m champion Femke Bol from the Netherlands very much involved with the two Americans who have traded world records and accolades over recent seasons.

Running from lane seven with her two principal rivals drawn inside her, Muhammad committed out of the blocks and she looked on course for a successful defence of her Olympic title over the first nine barriers.

But McLaughlin, who had Muhammad in her sights for the entire final from lane four, was only a fraction behind at this critical juncture of the race and the 21-year-old, who boasts prestigious flat speed, took the final barrier brilliantly, kicking away to deprive Muhammad of her title and blow the world record to pieces.

Just like in the men’s race, the gold and silver medallists were handsomely under the previous record of 51.90 which was set by McLaughlin at the US Olympic Trials. McLaughlin revised that mark to 51.46 - a time that would have been good enough to reach the semifinals of the 400m flat - with Muhammad second in 51.58.

Sandwiched between the two US superstars, Bol ran brilliantly to win the bronze medal, moving to third on the world all-time list with a European record of 52.03 to take a significant chunk off the European record held by Russia’s Yuliya Pechonkina at 52.34 - a mark which stood as a world record for more than a decade.

“Those girls are really at a crazy level," said Bol. "The fact that you are third with 52.03 says a lot.

"I'm glad I could stay relatively close. I knew I had to be at my very best and I have been. I went as hard as I could and tried to keep up and that's what brought me to this time. I can't go on right now. They are stronger."

While McLaughlin and Muhammad were contesting their third races of the Olympics, this was Bol’s fourth race of her campaign after an unplanned appearance in the final of the mixed 4x400m on the second day of the championships.

Bol will now turn her focus to the women’s 4x400m final in which the Dutch quartet has a credible chance of winning a medal.

In a final replete with European interest, Ukraine’s Anna Ryzhykova continued her season of seasons at the age of 31 with a fifth-place finish in 53.48 with her compatriot Viktoriya Tkachuk sixth in a lifetime best of 53.79.