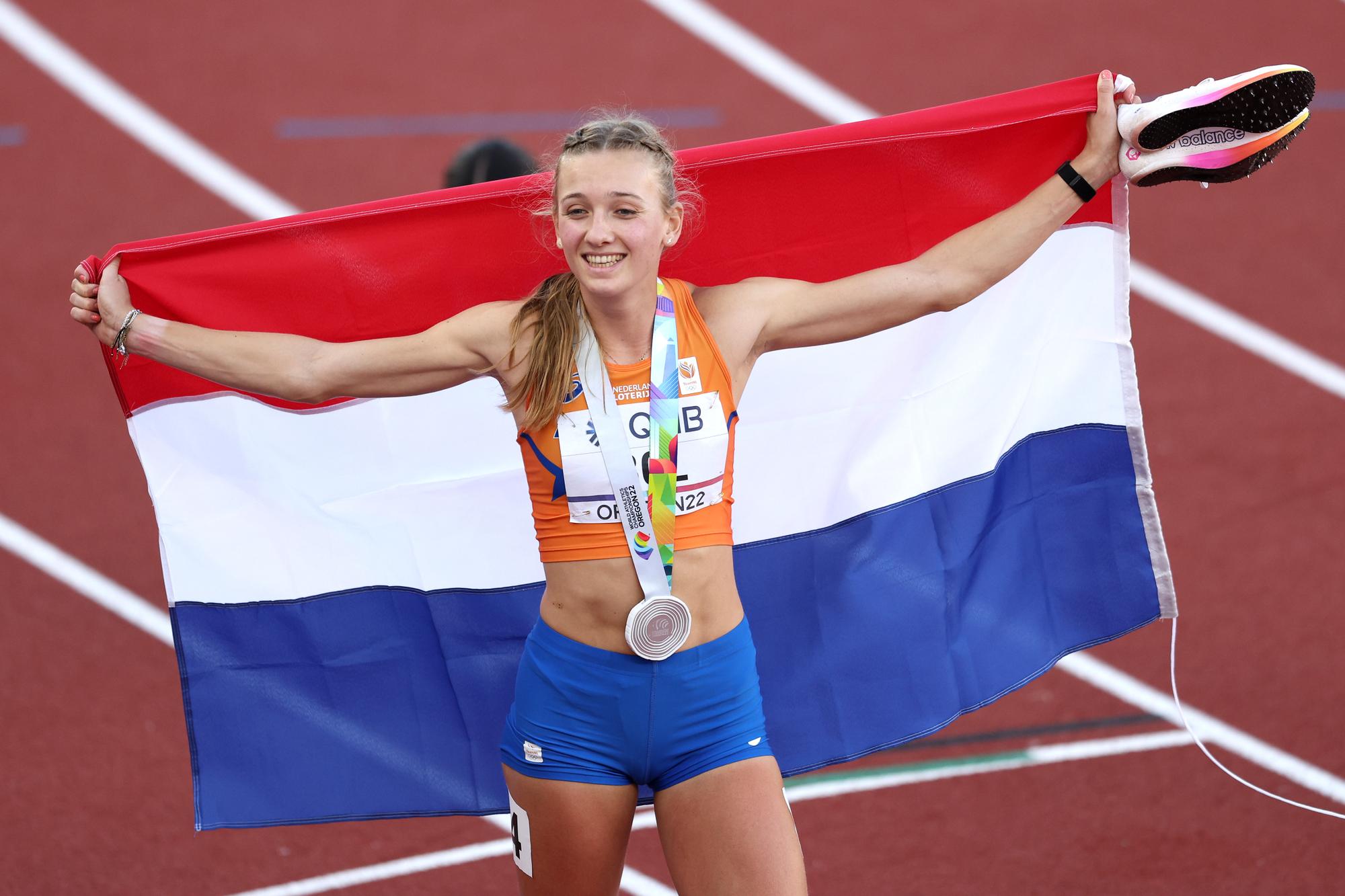 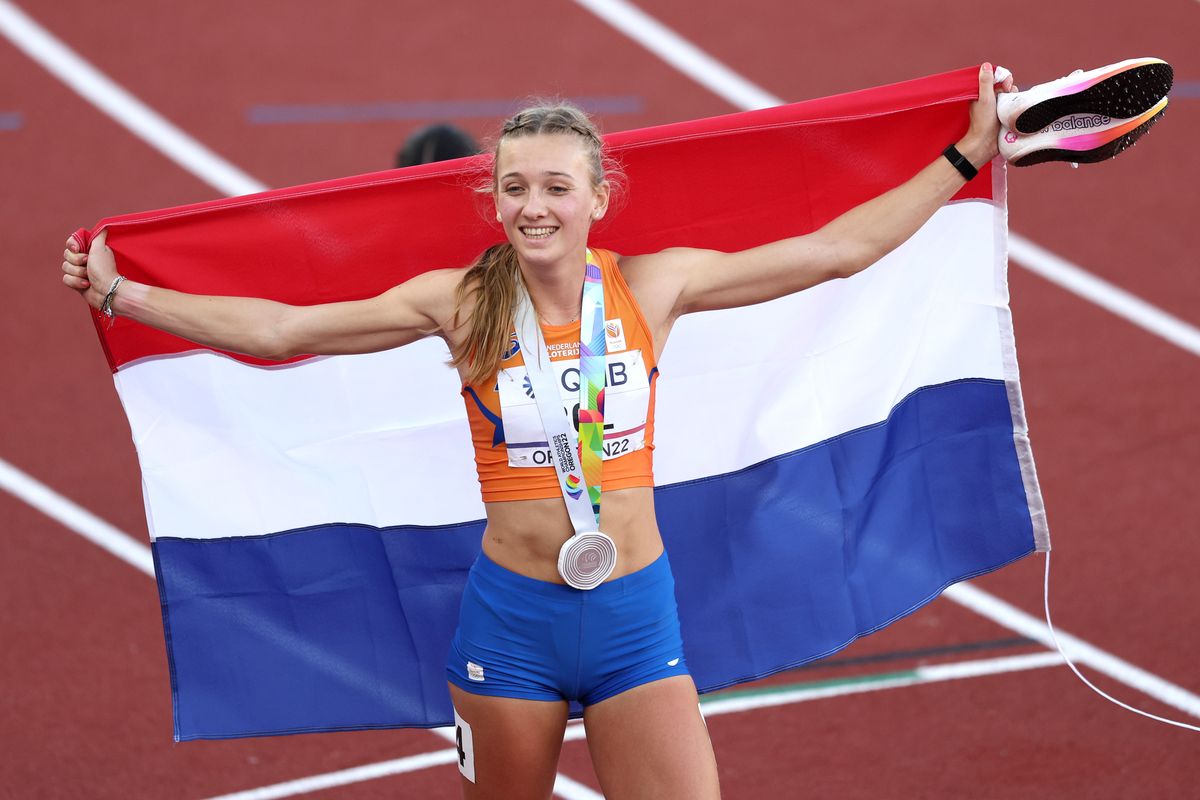 Femke Bol moved another step upward on the global podium in Eugene as she added world silver to her Olympic bronze in the women’s 400m hurdles – but the top step, occupied by her 22-year-old American contemporary Sydney McLaughlin, remains ever more loftily out of reach.

The Dutch athlete, who ran a European record of 52.03 to finish third in Tokyo - where McLaughlin improved her world record to 51.46 – equalled her season’s best of 52.27 at Hayward Field.

But she might as well have been in a different race as the Olympic champion, who had improved her record to 51.41 at the previous month’s US Championships, earned her first world gold as the first woman to break 51 seconds, clocking a mind-boggling 50.68.

McLaughlin’s third world record on this track was a tour de force of Warholm-like proportion – the time would have earned her seventh in the women’s 400m final.

Defending champion Dalilah Muhammad, also the 2016 Olympic champion and a former world record-holder, ensured a second home athlete would be on the podium as she came home in 53.13.

Bol commented: "It was crazy. [McLaughlin] was so far in front at the end so I was always doubting if I really had a good race because it felt very good.

"It means a lot that she also broke the 51-second barrier. It is unbelievable but it is amazing to be a part of it and to come out second in such a race."

McLaughlin hinted once again that she may switch events, with a change to the 400m flat looking most likely.

"Me and [coach Bobby Kersee] are going to go back after the season, decide if this is still an event I even want to do, or if we're going to find something else because we've accomplished so much in it," she told NBC.

Doubtless Bol, along with every other top class female 400m hurdler, will be watching developments with interest.

For now, however, she will be concentrating her attention on the upcoming women’s 4x400m where the Dutch team will seek to improve upon their fifth-place finish at the Tokyo Olympics before the Munich 2022 European Athletics Championships loom into view.

Shortly before Bol’s latest medal-winning performance Great Britain’s European 400m champion Matthew Hudson-Smith compounded what has already been a notable season by earning an individual world bronze to add to the one he won in London five years ago as part of the 4x400m team.

Hudson-Smith, who took 0.01 off Iwan Thomas’s 25-year-old British record with 44.35 on this same Eugene track in May, finished strongly to take third place in 44.66 behind gold medallist Michael Norman of the United States (44.29) and Grenada’s London 2012 champion Kirani James (44.48).

As has so often proved to be the case, the long-standing European record of 44.33 set by Thomas Schonlebe at the 1987 World Athletics Championships proved tantalisingly out of reach again but Hudson-Smith believes this mark is within his grasp.

"This is just the beginning. I don't think I have scratched the surface. If anything, I have got a monkey off my back getting a world medal. Now I push on from here," he said. Earlier in the day, Poland’s Katarzyna Zdzieblo added silver in the 35km race walk to the one she earned on the opening day in the women’s 20km race walk.

On both occasions, Zdzieblo was beaten by Peru’s Kimberly Garcia-Leon, whose feat of winning both global golds at a single championship emulated that of the illustrious Polish walker Robert Korzeniowski, who won the 20km and 50km men’s events at the Sydney 2000 Olympic Games.

Garcia Leon drew away to win in 2:39:16, taking more than four minutes off her national record, while Zdzieblo took silver in a personal best and Polish record of 2:40:03 ahead of China’s Qieyang Shijie, who walked a long, lonely race in third with great discipline to clock an Asian record of 2:40:37.

Bol’s compatriot and training partner Lieke Klaver, who relieved Bol of her Dutch record in the flat event at these championships, just missed a medal in the women’s 400m by one place as she clocked 50.33 after tracking the eventual winner, two-time Olympic champion Shaunae Miller-Uibo to the 200m point before losing touch.

It was a first world title for the Bahamian, who earned gold in 49.11, ahead of the Dominican Republic athlete she beat to gold in Tokyo, Marileidy Paulino (49.60) and Sada Williams in a Barbadian record of 49.75.

Bol and Klaver will join forces in the women’s 4x400m where the Dutch have excellent prospects of adding to their respective medal tallies. Both athletes were part of the Dutch mixed 4x400m team who won gold on the first day of the championships. 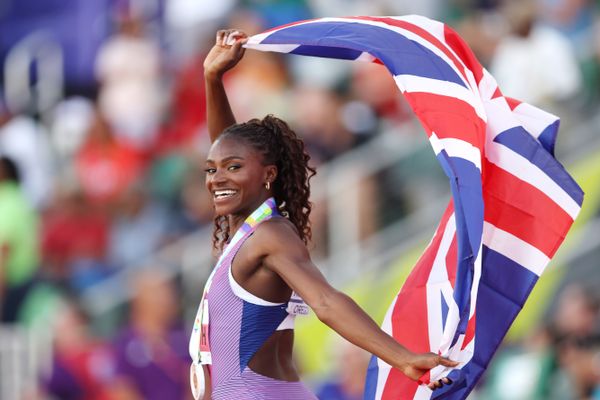 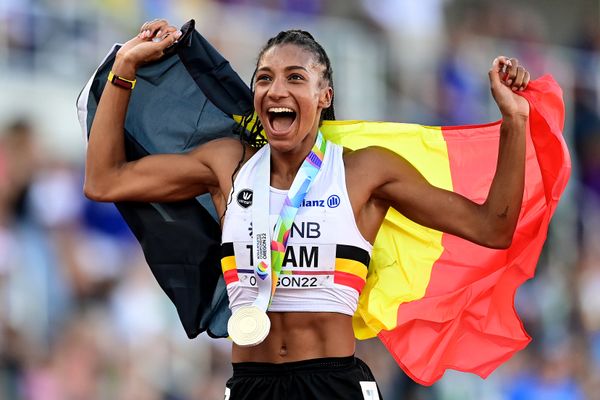