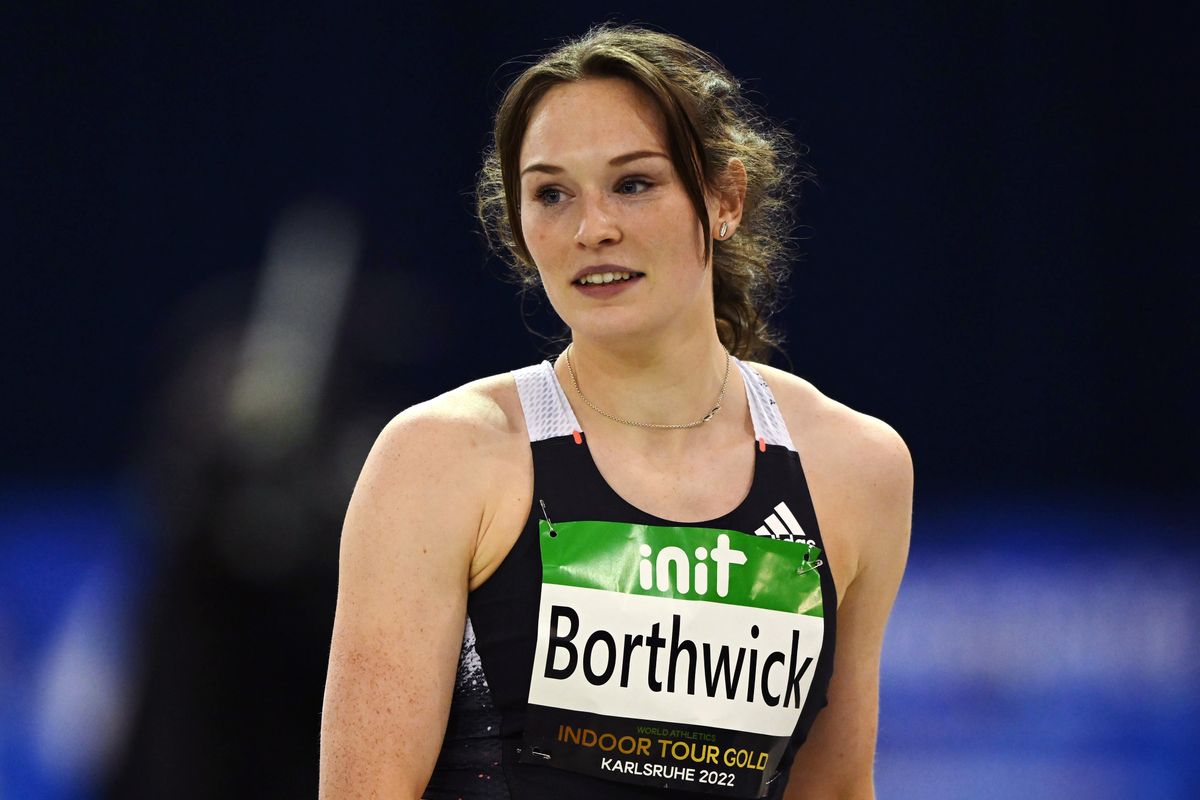 Borthwick wins in Hustopece with 1.95m as world leads tumble across Europe

Borthwick cleared 1.91m in Karlsruhe on Friday night to share victory and the world lead with Germany’s Imke Onnen but the Brit ameliorated that mark twice, clearing 1.92m before a crucial first-time clearance at 1.95m to win on countback from former world U20 champion Marija Vukovic from Montenegro.

Pre-event favourite Yaroslava Mahuchikh had to settle for third on her season’s debut. The Ukrainian, who cleared a world indoor U20 record of 1.99m in this arena in 2019, registered two failures at her opening height of 1.85m but kept herself in the competition with an under pressure clearance at 1.89m.

Mahuchikh took the lead by virtue of a first-time clearance at 1.92m before bringing the bar down three times at 1.95m. The Olympic bronze medallist was due to compete in Karlsruhe last Friday but missed the competition due to illness.

Olympic fourth-placer Sang-Hyeok Woo from South Korea also rewrote the record books by sailing clear at a world lead of 2.36m on his third attempt. He won by two clear heights from JuVaughn Harrison from the United States who cleared 2.32m.

Sulek wins pentathlon by a whisker in Tallinn

Poland's European U23 heptathlon champion Adrianna Sulek took her second major pentathlon victory in as many weekends. One week after winning in Aubière with 4569 points, Sulek repeated at the Tallinn Indoor Combined Events Meeting and improved her world lead to 4598 points in the process.

But Sulek only prevailed in the Estonian capital by one point ahead of Great Britain's Holly Mills who was also rewarded with a lifetime best of 4597 points. Mills began her pentathlon campaign with a lifetime best of 8.17 in the 60m hurdles and the former European U18 long jump champion almost clawed back the deficit in the last event, gritting to a 2:12.54 performance in the 800m ahead of Sulek's 2:14.32.

In the heptathlon, the host nation came away with a clean sweep even though world decathlon silver medallist Maicel Uibo had the misfortune of no-heighting in the pole vault after excelling on the first day with a 2.19m clearance in the high jump.

Overnight leader Hans-Christian Hausenberg extended his lead over the course of the next three events, clocking 7.98 in the 60m hurdles and vaulting 5.25m before concluding his heptathlon campaign with a 2:58.45 1000m clocking to bring his overall score to 6143 points.

Estonian Teammates Risto Lillemets and Taavi Tsernjavski were second and third behind Hausenberg with 6006 points and 5840 points respectively.

At the Perche En Or pole vault-only meeting in Tourcoing, France on Saturday (5), Belarus’ Iryna Zhuk cleared both a world lead and a national record of 4.77m for her third victory in as many competitions this winter.

But the performance of the day was achieved by Chris Nilsen from the United States who soared over a national indoor record of 6.02m on his first attempt. After an injury-played outdoor season, Renaud Lavillenie was more than pleased to clear 5.81m on his season’s debut to finish second.

At the Serbian Indoor Championships in Belgrade on Saturday, reigning world indoor champion Ivana Vuleta - formerly Spanovic - improved the world lead in the long jump twice with 6.83m on her first attempt and then 6.85m on her sixth attempt.

Konrad Bukowiecki also returned to form with a world lead of 21.37m in the men’s shot put in Spala, Poland on Saturday while 2019 European U23 400m champion Natalia Kaczmarek produced a fast 36.20 in the 300m, the second fastest time indoors by a European behind Irina Privalova’s world indoor best of 35.45.

As part of the pre-programme for the DNA Indoor International Match in Glasgow, Jenny Selman won the 800m in a world lead of 2:00.70 before returning to the track less than two hours later to win the 800m as part of the match in 2:04.73.