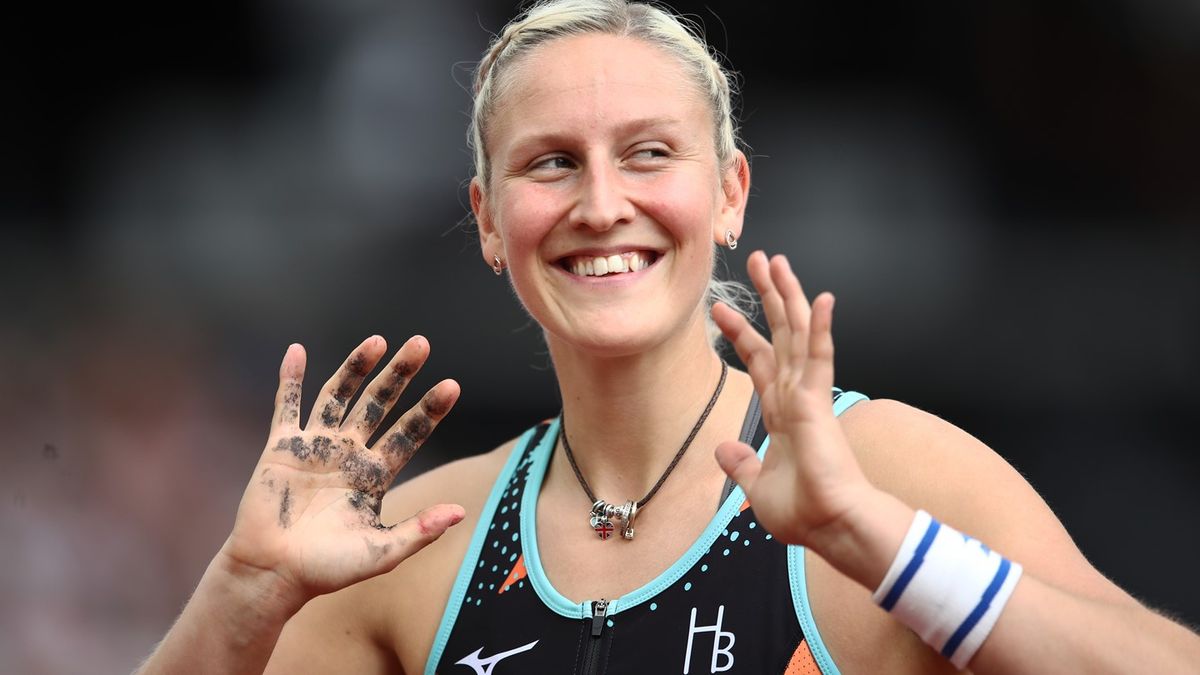 Holly Bradshaw came so close to her first major outdoor medal when she was fourth at last year’s World Athletics Championships in Doha and now the British pole vault record-holder is determined to go at least one better at this year’s Olympic Games in Tokyo, her third successive Olympic Games.

Having cleared 4.61m to win in Paris six days earlier, Bradshaw made it another successful weekend when she triumphed in Rouen on Saturday at the Perche Elite Tour, European Athletics Indoor Special Premium Permit meeting, on countback with 4.63m from Venezuela's Robeilys Peinado.

The 2013 European indoor champion from Gothenburg has been a measure of consistency over the years and this good win will only go to serve her well with the long year ahead, as the Paris 2020 European Athletics Championships follow soon after Tokyo.

It will be there that France’s Ninon Guillon-Romarin will be looking to make her mark, too. After tying for the victory in Paris last weekend, she was third behind Bradshaw with 4.54m.

It was an equally good day for British teammate Harry Coppell as he finished second with 5.80m as two-time world outdoor champion Sam Kendricks broke the American record with 6.01m, the first time he has surpassed the six metre mark indoors. Coppell’s mark is an Olympic qualifying standard and moves him to third on the British all-time list.

British athletes had a good weekend and in Hustopece, European U20 and U23 medallist Tom Gale equalled the high jump world lead with a personal best of 2.33m.

Staying in France, the Meeting Metz Moselle Athlelor took place on Sunday (9) when Femke Bol from the Netherlands took another step in her progression.

Bol, who won 400m hurdles gold at last year’s European U20 Championships in Boras and then reached the 4x400m relay final at the World Championships, triumphed over the flat 400m in a lifetime best of 52.47 as she beat teammate Lieke Klaver in 52.61.

Christophe Lemaitre had a busy afternoon, winning the 200m in 20.83 and finishing second in the 60m in 6.71, a race won by the Arthur Cisse from the Ivory Coast in 6.69. Greece’s Konstadinos Douvalidis, now 32, produced a fine performance in the 60m hurdles to beat France’s 110m European champion Pascal Martinot-Lagarde, setting a national record of 7.59 to the Frenchman’s 7.70.

Switzerland’s European U20 1500m champion Delia Sclabas will take a lot of encouragement from her second-place finish in the 800m in 2:01.93, behind Uganda's Winnie Nanyondo in 2:01.70 as reigning world champion and teammate Halimah Nakaayi was back in sixth in 2:03.27.

It was a notable weekend for the offspring of world champions. At the Italian U20 Championships in Ancona, Larissa Iapichino, the 17-year-old daughter of two-time world long jump champion Fiona May, broke the national U20 indoor record with 6.40m , a mark which goes alongside her outdoor U20 record of 6.64m.

And in Helsinki, as Sweden celebrated a double ‘away’ success at the Nordic Indoor Match, Melwin Lycke-Holm, the 15-year-old son of 2004 Olympic champion Stefan Holm, won the high jump with a superb personal best of 2.13m which makes him one of the early front runners for the gold medal at the Rieti 2020 European Athletics U18 Championships this July.

There were some good wins for European athletes at the PSD Indoor Bank Meeting in Dortmund on Sunday, with Germany’s Cindy Roleder treating the crowd to a home win in the 60m hurdles in 8.05 from Belgium's Eline Berings (8.07).

There was another German win in the pole vault – or at least a joint one – as Torben Blech and Ben Broeders, of Belgium, shared the victory with 5.70m. Elsewhere, Turkey's Emre Barnes won the 60m in 6.65, Spain's Samuel Garcia ran 46.81 in the 400m and Switzerland's Salome Lang cleared 1.91m to win the high jump.

European indoor bronze medallist Melissa Courtney-Bryant produced an impressive turn of speed to win the 3000m in 8:49.47 and British teammate Piers Copeland won the 1500m in 3:40.25 from Kenya’s former world U18 and U20 champion Kumari Taki in 3:40.28.

World long jump champion Malaika Mihambo was also in action on home soil in the 60m but the German had to settle for second behind the precocious Dutch sprinter N'Ketia Seedo, the European U20 100m silver medallist. Seedo, 16, clocked 7.31 to Mihambo's 7.37.

Mihambo will contest her second long jump competition of the season at the ISTAF Indoor in Berlin on Friday and she is also planning to compete in both the 60m and long jump at the German Indoor Championships the following weekend.

Other notable performances came from world indoor shot put champion Anita Marton from Hungary who set a European lead of 18.77m in Budapest on Saturday and Serbia's Elzan Bibic set his third national indoor record of the season, improving his 3000m mark from 7:47.03 to 7:45.57 in Linz on Saturday. His time also eclipsed the European lead of 7:45.67.