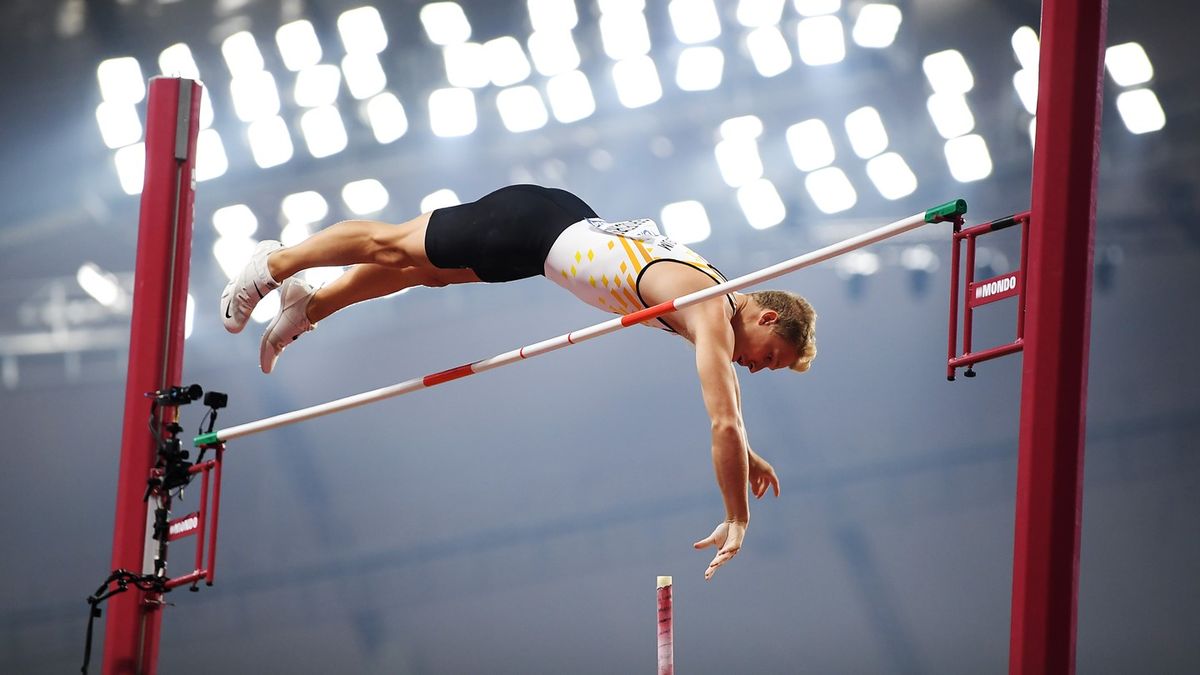 The 24-year-old punched his ticket to the Tokyo Olympics by vaulting 5.80m in Lievin, improving the national indoor record by 10 centimetres during the indoor campaign. His Olympic aspirations have been put on hold for another year but he hopes to capitalise on his excellent early season form at least on a national level this summer.

Belgium has been in a so-called ‘lockdown light’ ever since 13 March. He refuses to complain as his training circumstances haven’t been too adversely affected by the government measures following the COVID-19 outbreak, although his competition diary as of now is very much blank.

“These are unseen and bizarre times for everyone, but as athletes we have to focus upon what is still possible,” said Broeders, who views the postponement of the first half of the summer campaign as an opportunity to shore up some of his weaknesses.

“The postponement of competitions offers us a chance to work more precisely and patiently on technical work. For some athletes who have experienced injury or setbacks in the past year, these times offer us a chance to regain balance as 2021 approaches. For myself it is rather simple: I feel good and strong at the moment, so I have to be better next year. My best years are still to come and training is going extremely well.

“The big question now is, of course, if there will be competitions this summer and if there are: how. I was capable of jumping 5.70m regularly thanks to my shape but the crowd plays a huge role too. If there are national meets with a good atmosphere I dare to say that I should aim for 5.85m this summer. Therefore a few competitions would be nice to get into a certain rhythm,” he said.

Renaud Lavillenie and Mondo Duplantis have made the most of their facilities in their respective backyards but Broeders is in an even more enviable position. He can still use the indoor facilities at Leuven University, being one of the few athletes who still has access to them, and he is still in regular contact with his coach.

“Some of us are lucky as they can vault at home, while others cannot jump at all. I am very happy that the government allows me to do my regular training work. The idea of the level playing field however is not correct as pole vaulters around the world will always train in different circumstances. Instead of training in a group I now do my sessions with my coach.

“That offers us the chance to always vault with a bar, which is not the case when we do group training sessions and results in workouts that are of a higher quality. The progress I am making will be rewarded and maybe that progress will allow me to go beyond 5.90m next year,” said Broeders.

Broeders might be a relatively new name to followers of the event but he came to wider prominence at the Amsterdam 2016 European Athletics Championships, finishing a surprise fourth at the age of 21 courtesy of good tactics in difficult, windy conditions which put paid to Renaud Lavillenie’s aspirations of winning his fourth successive title.

“I would almost describe that performance as an epiphany as I nearly missed out on the final. The challenging conditions led to big names taking risks, which offered me the opportunity to end up in the top five with a good performance from my side,” he said.

“I wanted to be at my very best in Amsterdam, while many others focused on Rio. It still is my best performance at an international championship, although I considered my World Championships final in Doha as a greater experience.”

Broeders went on to clinch the European U23 title in Bydgoszcz the following season but his ascent through the ranks suffered a blip in his first season as a fully fledged senior in 2018.

After struggling with his form all summer, Broeders arrived at the Berlin 2018 European Athletics Championships lacking any self-confidence and exited in qualifying without a height to his name, all the more painful after just missing a medal two years prior.

“I hit rock bottom in Berlin for sure, but I had already reached that depth at the national championships a month before. The conditions were more than good that day and still I only managed to jump 5.30m. I knew I had to act quickly in order to perform well in Berlin.

“I started working with a psychologist, but it was already too late, especially because of the pressure that the European Championships brought along. I do however realise that the moment itself has given me an opportunity to show resilience. My support group and I noticed that there was a lot of unfinished business, not just physically, but also very much on an emotional level. The latter should never be a taboo,” said Broeders.

The transition out of the age-group ranks is often a circuitous one but after the disappointment of Berlin, Broeders was a much improved and more experienced athlete in 2019, setting a Belgian record of 5.76m and qualifying for the World Championships in Doha.

Based in Leuven where he is also a pharmaceutical student, Broeders also came away with a bronze medal at the World University Games on the road to Doha where he cleared 5.70m to reach the final where he ultimately finished 12th.

“My medal in Naples was the boost I owed myself after the failure in Berlin. Reaching the final in Doha was definitely a similar experience. The final itself did not turn out the way I wanted as I felt ready to improve my Belgian record. My warm-up was perhaps the best I have had outdoors, yet my focus was different. It all flashed before my eyes and I was out before I even realised it. Although the experience did offer me another great learning moment. Last year I was not ready to jump 5.70m back-to-back due to minor technical errors. That has changed in the last winter season.”

After breaking the national outdoor record Broeders set his sights on taking the equivalent mark indoors this winter. In only his second competition of the year he vaulted 5.75m and he would jump 5.70m or higher on no fewer than seven occasions with 5.80m clearances in Lievin and Clermont-Ferrand the highlights of his season.

“Last year I knew I was ready to jump 5.80m, an important height as it would punch my ticket to my very first Olympics. My winter season went more than according to the plan. Not only in getting the standard but also because I was able to show that I could clear 5.70m on every single occasion, even though I was not always rested due to long drives by car

'Mentally I am in a different world compared to 2018 and the international pole vault circuit offers great camaraderie,” he said.