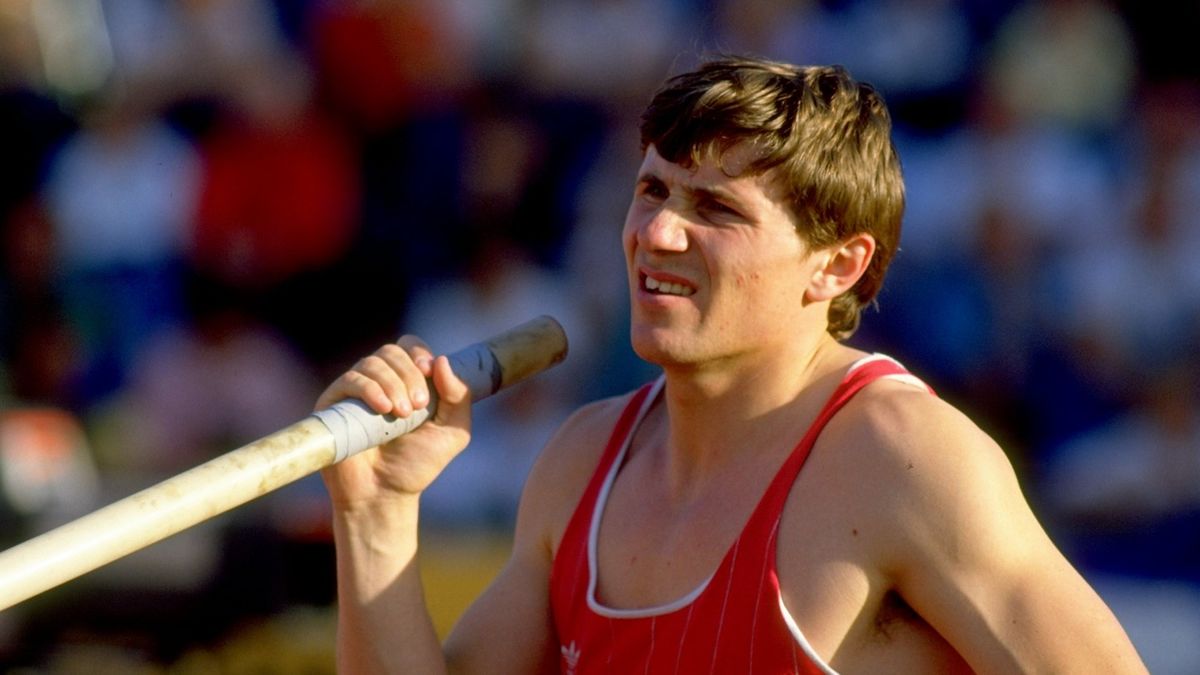 Sergey Bubka’s world and European outdoor pole vault best of 6.14m is one of the most enduring marks in the record books and looks poised to celebrate its silver anniversary on 31 July.

Back at the height of summer in 1994, the legendary Ukrainian sped down the Mondo track in the Italian mountain of Sestriere and with a perfect pole placement flew into the evening sky, which was still light at that point in the meeting, and arched cleanly over the bar.

It was only his fourth jump of the competition – having needed two jumps at his opening height of 5.70m and then going over 5.90m at the first time of asking to win the competition – but, in familiar fashion, he chose to go no higher in the same manner he had opted to do on the occasion of his previous 19 world records. In fact, you had to go back six years to 1988 world to find an occasion when Bubka attempted a higher bar after his world record

It was actually to be his 35th and last world record – 14 of which had come on Mondo surfaces – and although Bubka had jumped higher indoors the previous year when he cleared 6.15m in his home city of Donetsk, his Sestriere mark was a world record and stayed as an official mark until 1998 when the IAAF allowed indoor marks to be considered as absolute world records.

“I had perfect record conditions. The wind was good, blowing in the proper direction. The track was perfect, and the altitude (of just over 2000 metres) possibly helped,' he reflected at the time, after receiving his world record bonus from the meeting organisers of a Ferrari Testarosa, valued even back then at around €100,000 at contemporary prices.

In 1994, Bubka was 30 years of age and optimistic that he could go higher still and certainly, judging by his 6.14m clearance, there was room for improving the record.

However, it was not to be.

Injuries limited his performances in subsequent years and although he was to take two further world titles in 1995 and 1997, and a world indoor title in 1995 – all of which were achieved on Mondo tracks – and showed what a tenacious competitor he was, he was not able to reach record-breaking form again.

However, in the last 25 years, minus a few months, no one has even approached that mark outdoors.

Behind Bubka on the outdoor list, there are three men at 6.05m: Russia’s Maksim Tarasov, Australia’s Dmitry Markov – both now retired – and the teenage poster boy of the event, Sweden’s Mondo Duplantis.

Duplantis stunned the world when he went over 6.05m at the Berlin 2018 European Athletics Championships to clinch the gold medal and a share of the European Athletics Rising Star of the Year award, and he currently leads the world in 2019 with his recent clearance of 5.94m.

However, as talented as Duplantis is, while he may challenge Bubka’s mark in the years to come it may be a bit much to expect him to improve so quickly that the current world and European pole vault best fails to reach its 25th birthday.