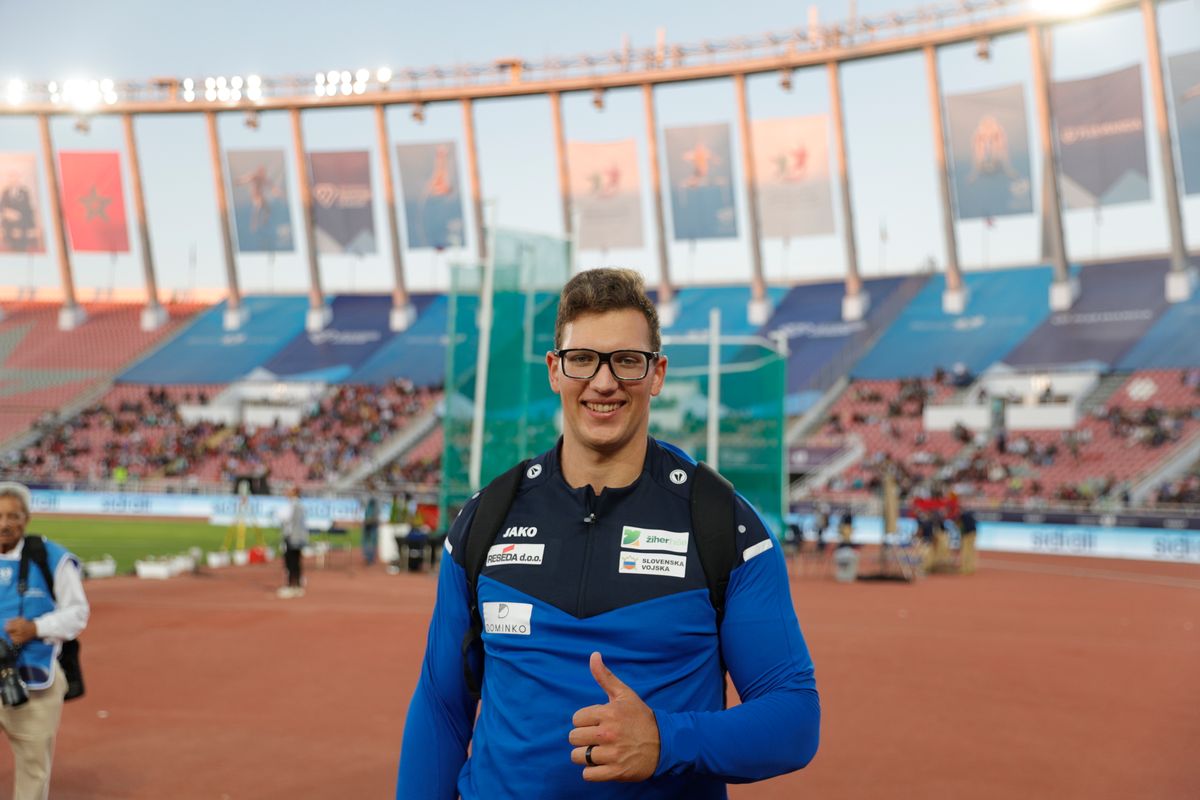 Ceh maintains excellent form with 69.68m in the discus in Rabat

A fortnight after producing his monster throw of 71.27m in Birmingham, Slovenia’s Kristjan Ceh made it back-to-back victories over Olympic champion Daniel Stahl in the Rabat Diamond League on Saturday (5) evening.

The 70 metre-line eluded the two-time European U23 champion on this occasion but only just. Ceh who threw 69.42m in the third round to take the lead before extending it with his last throw which grazed the 70 metre-line sector line and was measured at 69.68m.

In front of a crowd of at least 30,000 boisterous spectators, Ceh won by more than two metres from Stahl with 67.16m while Australia’s Matt Denny set a lifetime best of 67.07m in the last round to finish third.

But the biggest story from a European standpoint was the demise of world record-holder Karsten Warholm who pulled up clutching his hamstring having clipped the first hurdle with his trail leg.

Warholm, whose unbeaten streak in the 400m hurdles had dated back to 2018, walked off with an ice pack placed against the offending leg but the Norwegian is hoping this DNF will not curtail his season.

​​"It’s probably a cramp in my hamstring – my leg seized up. It’s not fun to stop like this. It’s not something I expected, I felt very, very good. So we'll just have to see what is happening," Warholm told reporters after the race.

Fellow Olympic and European champion Miltiadis Tentoglou had the beating of decathlon specialist Simon Ehammer in the long jump.

Ehammer prised the world lead away from Tentoglou with an incredible world decathlon best of 8.45m in the Gotzis Hypo-Meeting but the Greek prevailed on this occasion with 8.27m to Ehammer’s 8.13m.

"I am very happy about this victory. The only thing that bothered me was the wind as it kept changing which hinders long jumps…I am in a very good shape but I need to do more in order to do well at the World Championship," said Tentoglou.

Ukraine’s Yaroslava Mahuchikh cleared 1.96m for victory in the high jump before three prospective attempts at a world lead of 2.01m while Jake Wightman led a British one-two in the 1500m, kicking for victory in 3:32.62 ahead of his namesake Jake Heyward in 3:33.54.