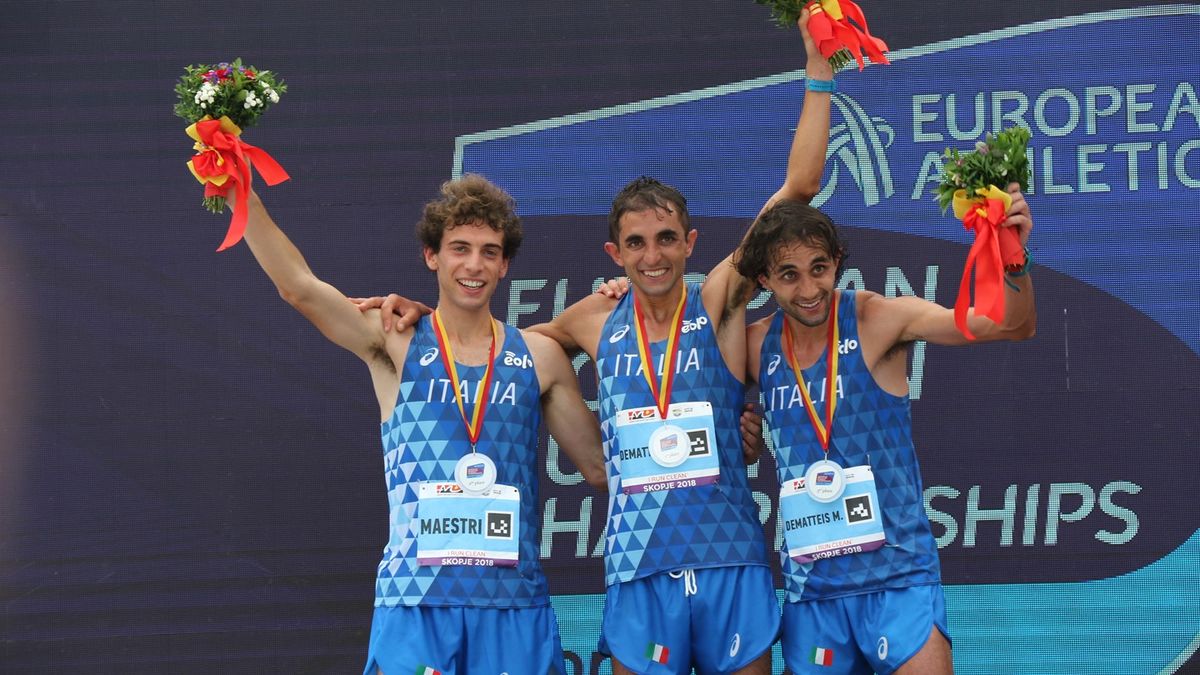 Blue was the colour amid the glorious sunshine of Skopje as Bernard Dematteis wrote his way into history as he led Italy to a clean sweep in the men’s race at the European Mountain Running Championships.

Having the missed event 12 months ago - as did his twin brother Martin - they both returned in style to take first and third respectively with teammate Cesare Maestri in second on a day to remember for the Italians. Bernard won in 46:51 and in achieving this success, he matched the accomplishment of fellow countryman Antonio Molinari who won this crown on three occasions.

The champion in 2013 and 2014, Bernard won from Maestri in 47:18 and Martin in 47:47. After losing out to France last year, Italy regained the overall mantle - banking the team title for a whopping 22nd time from 24 stagings of the event - from Great Britain in team silver with 28 points and France with 37 points.

Seeing the names of Dematteis twins on the start-list would only have made the rest of the field know how tough an afternoon it was going to be. Martin followed his brother onto the top of the podium when he won gold in front of their home fans in Arco in 2016. Bernard’s win today also brought him his 10th team title at this championship.

On the pathways which carried the 78 starters, it was not long before Bernard was at the front as he attempted to stamp his authority on the 11km two-lap race from the moment they were set on their way.

At the first marker of 2.5km, he was first as three men shared the same time of 13:49 - Bernard being joined by Turkey’s Ferhat Bozkurt and Maestri - with Martin Dematteis fifth at this point in 13:58.

Bernard was doing all he could to break away - and slowly he managed to. When the clock showed the time of 36:13 after 7.5km, Bernard was now 18 seconds in front of Maestri and the gap was only going to increase. Downhill and controlling his balance, Bernard came to within the last stages knowing victory was his. He raised his left hand in the air, pointing to the sky, before he was given an Italian flag as the line approached.

It was not long before his teammate and brother were joining him in the celebration after a one-two-three of the highest order.

In the second race of the day, Romania’s Gabriel Bularda retained his European U20 crown with a superb win over the one-lap 6km course but it was a close-run race with Bularda triumphant by just seven seconds in 25:45 from Joseph Dugdale who led Great Britain to team gold with Italy’s Giovanni Rossi in third in 25:57.

It is never easy to defend a title but Bularda did that with another battling display and for an athlete who is not even 19 until November.

Great Britain won the team event with 17 points ahead of Turkey on 22 points and France with 25 points.