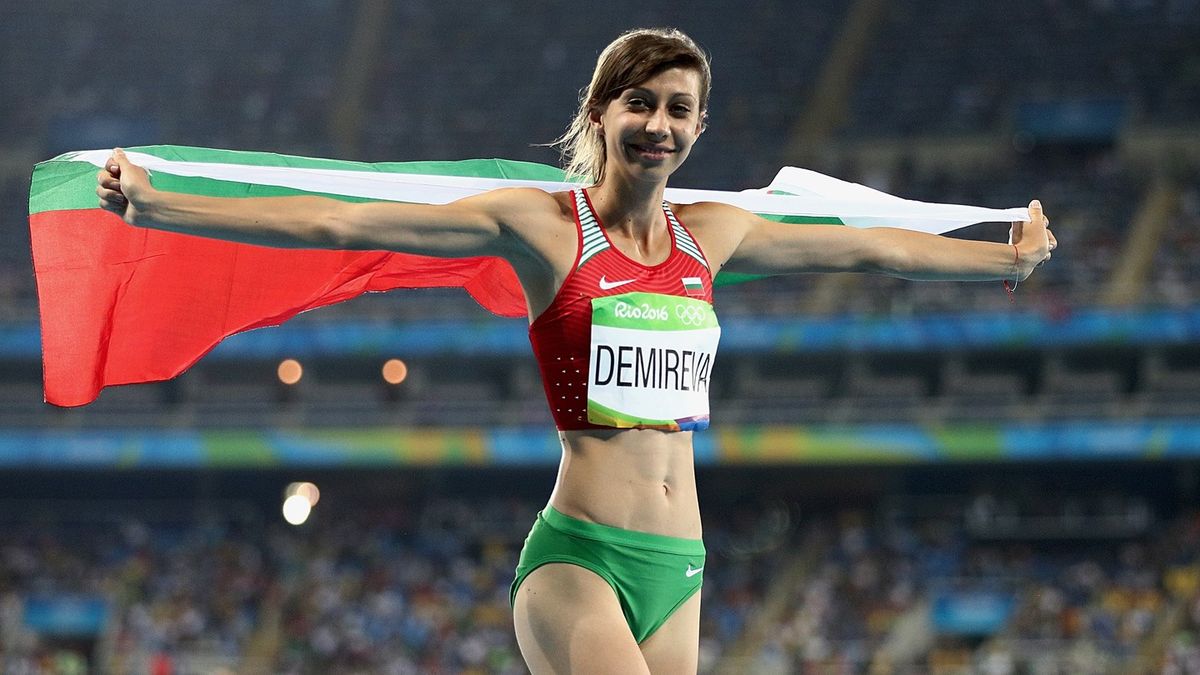 Demireva hoping destiny will bring her a gold medal

It hasn’t been the start to the season the Mirela Demireva had hoped for, with three modest outings in IAAF Diamond League meetings so far, but the Rio 2016 Olympic Games high jump silver medallist is aiming to change that this weekend.

She is one of the stars of a Bulgarian team that will, at the very least, be hoping to consolidate their position in the European Athletics Team Championships First League in the Finnish town of Vaasa and, perhaps, challenge for promotion for the second successive edition after having finished as the runners up in the Second League in 2015.

If Bulgaria’s dream does come true and they make it to compete in the Super League in two years’ time, they will be the first team to have competed at all four levels of the Championships, having been down in the depths of the Third League in 2010, a far cry from the halcyon days of the 1970s and 80s when their women challenged the might of the former East Germany and USSR in the former European Cup and even ended up on the podium on several occasions.

However, returning to the present day, Demireva is not thinking about such matters at the moment, just getting 12 points for her team and a good performance to her name, in similar fashion to her win in the Second League two years ago on home soil in Stara Zagora.

“It’s not gone the way I would have liked so far this season but I’m actually feeling good in myself. I just need to be a bit more co-ordinated. Maybe it will have come together by the time I get to Vaasa.

“I missed the indoor season although I felt fit and well-conditioned, and really wanted to jump indoors, but I had injuries that I can trace back to the Olympics and by the time I recovered from them properly I had lost a lot of time in training so my coach (Rini van Leeuwen, Demireva has lived in the Dutch city of Zoetermeer since 2014) and I decided to focus on the summer.

“In Rio, four of us had cleared 1.97m and were attempting 2.00m, I was lying second in the competition at that point but the other three had all jumped over 2.00m many times in their careers so I still had to give it everything and couldn’t be complacent.

“I rushed my second attempt at 2.00m and slightly hurt my knee, which later caused back problems, and although I did two more competitions when I came back to Europe after the Olympics, things weren’t right and they were not very good competitions.”

In the end, Demireva missed out on going into a jump-off, and a hypothetical chance of snatching the gold from Spain’s eventual Rio champion Ruth Beitia, owing to a failure in the final at her opening height of 1.88m.

However, she doesn’t regret her miss at the relatively lowly height and celebrates adding another silver medal to her collection, following on from ones of a similar hue she had acquired at the 2016 European Athletics Championships and, earlier in her career, at the 2008 IAAF World U20 Championships.

“No, no regrets, sadness or anguish. I took it for what it was. I was so happy to get an Olympic silver medal and it’s something I certainly thought I might not ever get when I was going through such difficult times between 2009 and 2012 with many injuries.

“I can say to myself I went to Rio and did my best, equalling my best of 1.97m. I know many other women have jumped higher [indeed, she still only ranks sixth on the Bulgarian all-time list topped by world record holder Stefka Kostadinova] and 2.00m is the benchmark to elite high jumping – that’s my next goal – but I was very happy with my performance in Rio.”

The mention of Kostadinova – who set her world record two years before Demireva was born – brings a smile to the 27-year-old Demireva’s face.

“I’m not thinking about 2.09m, I just want to clear 2.00m first but I have to say this about Stefka: she has been an inspiration to me.

“She got in touch with me when I was a junior ahead of going to my first world junior championships in 2006 and was very encouraging; and she has kept in touch with me ever since despite the fact that she is a very high profile figure in Bulgaria and has a lot of commitments.

“I regularly get messages from her before competitions, telling me that I can go do great things, and she was also encouraging me when I was struggling during those four years [between 2009 and 2012].

“She is one of the reasons I often do my best when it counts, although obviously I am very focussed myself at a competition,” added Demireva, noting that she was also just one centimetre shy of her best when she took the silver medal with 1.96m, again behind Beitia, at the 2016 European Athletics Championships.

After no less than three major championship silver medals, it almost goes without saying that – not counting the fact that she has won the last two Balkan titles – Demireva finally wants a gold to her name.

“Well, the World Championships are obviously this season’s target and I go to every major championship thinking I can win it, but if not in London then maybe at next year’s European Championships in Berlin. It’s about time to get a gold,” joked the affable and erudite Bulgarian.