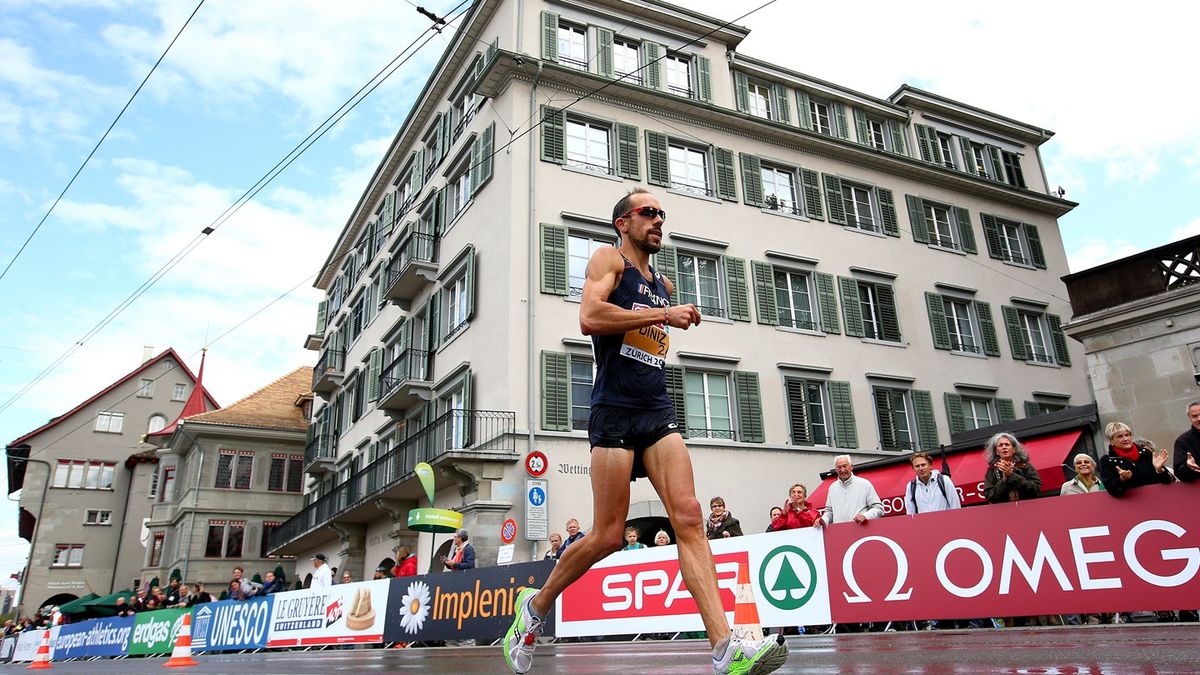 Diniz opts for what he knows best

Yohann Diniz has decided to compete in just the 50km race walk at next month’s Olympic Games in Rio after an asthma attack ended his hopes of doubling up.

Diniz, the world record-holder and triple European champion, was looking at both this distance and the 20km, but now he is concentrating on only one.

He is based at the altitude setting of Font Romeu and, after suffering from an asthma attack related to pollen, he knows two events in Brazil will be too much.

'It is difficult to recover in these conditions,' said Diniz, 38, speaking to L’Equipe. 'I thought that I was taking a risk by doubling. The 50km distance is that I learned to master, I really know it well, while in the 20km I am not so sure.'

After being disqualified in London, Rio is arguably Diniz’s last chance of Olympic glory and it could become quite a European duel as his biggest rival might end up being Slovakian world champion Matej Toth.

While Diniz is at altitude of around 1850m above sea level in France, Toth is slightly higher at 2208m in Livigno, Italy, as he puts the finishing touches to his plans.

Toth, 33, overcame the heat of a Beijing morning to win world 50km gold and he finds himself in a similar place to 12 months ago.

He said: 'Training is going well, I was able to achieve all what was planned in the same quantity and quality as last year before Beijing.'

Diniz has ended his track training and will spend the next two weeks preparing on asphalt in a year where he has the world’s quickest time of 3:37:48 from March - Australia’s defending Olympic champion Jared Tallent has a best of 3:42:36 - while Toth has not competed over the distance in 2106.

The Frenchman was forced to miss Beijing with a ligament injury but remains such a star performer, as he showed by setting the world record of 3:32:33 when he won his third European crown in Zurich in 2014.

The Olympic 50km race walk is three weeks today, Friday August 19, starting at 1pm CET, and it should be one of the great European events of the track and field programme.