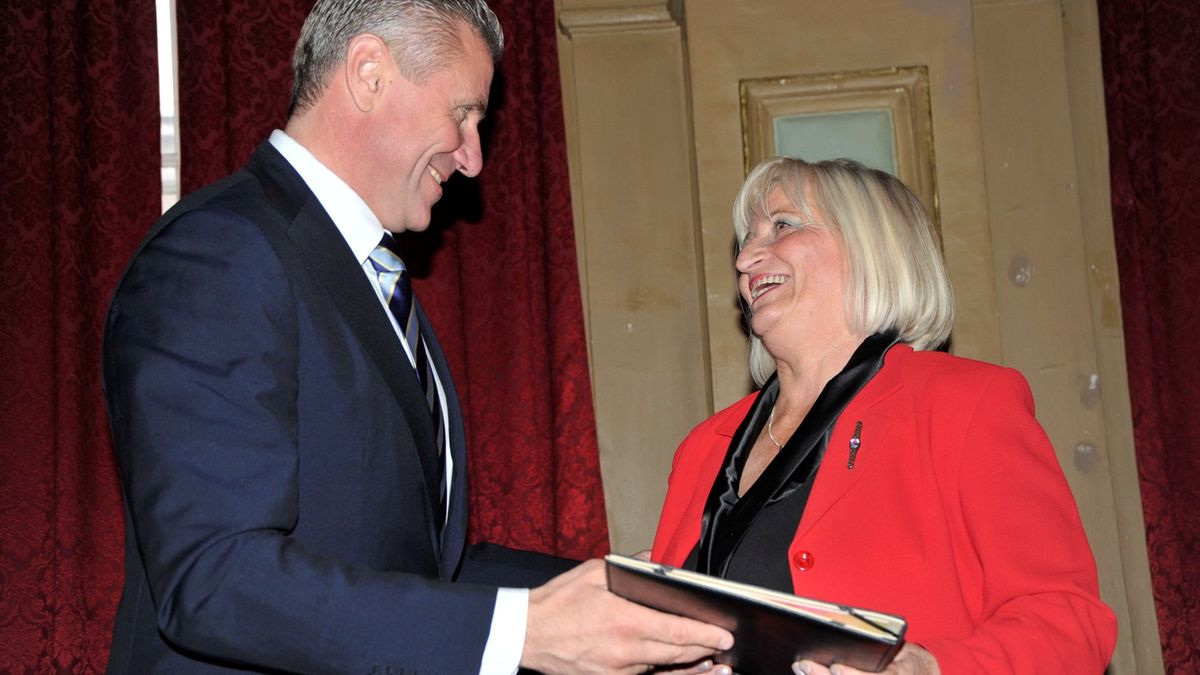 Djurdjica Sisul – A life in athletics

Djurdjica Sisul can look back on a career in athletics with justifiable pride. Having been an athlete, worked as a coach, and served as both an official and administrator, there is barely an aspect of the sport with which she isn’t intimately familiar.

However, amongst all of the positions that Sisul has held and her many achievements, there is one, her proudest, that sums up why she is a role model and why she received the prestigious European Athletics Women’s Leadership Award, which was presented by no less than the IAAF Vice President and all-time pole vault great Sergei Bubka (UKR) back in 2011.

“Due to the war in Bosnia and Herzegovina I was forced to leave my home in Sarajevo and to spend some time in Vinkovci (Croatia), which was the city of my childhood,” she explains. “During the year I was in the city, I managed to motivate many children and their parents to get involved in athletics, which was a sport that hardly existed there at the time.”

Her efforts and leadership in the face of extreme adversity were ultimately rewarded when the Vinkovci youth team was crowned national champions, something which the 66-year-old recalls with great pride: “I still feel happy remembering how I involved so many young people in athletics and helped our sport survive in this great city.”

An outstanding athlete herself, competing under the name Rajher, Sisul was the then Yugoslavia’s national record holder for the 1500m and 3000m and won 13 Balkans Games medals in a glittering eight-year period between 1967 and 1975.

She then embarked on an administrative career that saw her strategic thinking and leaderships skills used to great effect as first General Secretary and then President of the Bosnian and Herzegovina Athletics Federation.  She also served a 10-year stint as the Head of the federation’s Competition Commission.

Sisul says she “fell in love with athletics as a child and… simply couldn’t imagine life without it” – and with such a wealth of experience, she is uniquely placed to comment on the role of women in leadership positions.

“I personally didn’t experience any problems or great challenges from being a woman during my work as a director of my club or as the federation’s leader. But, in my opinion, it’s much more difficult for a woman to get those positions than it is to actually carry out the job,” she says.

“To illustrate the point, I’m the first and only woman to serve as president of a sports federation in Bosnia and Herzegovina in the last 20 years. Once a woman is in a leading position, she is judged on her competence, knowledge and management skills and is respected, but getting there is the problem.

“I know a lot of female ex-athletes who would be happy to do something in their beloved sport but they cannot afford to because of the obligations they have at work and home.”

While Sisul acknowledges the struggles faced by women, she does see hope for the future, however.

“As athletics becomes more and more interesting for the female population, the role of women in this sport will consequently become more and more important,” she suggests.

“I expect a great increase in the number of female coaches, especially in kid’s athletics, and that will result in increasing the number of women in other positions in athletics.

“In spite of all the obstacles, I’m sure that the role of women in athletics and sport in general in my country and the world will be more and more significant. It’s a process that is closely related to the general emancipation of the women in society, which is progressing slowly but surely.”

Sisul’s continuing position with the Competition Commission in Bosnia and Herzegovina and her role as her federations’ Vice-President ensure that she will no doubt have a key part to play in that progress in the years to come.

The aim of the European Athletics Women's Leadership Awards is to recognise the behind the scenes work and accomplishments that have helped to make the winners role models for other women in athletics. Coaching young athletes, officiating, setting up and managing clubs . . . their achievements are as varied as the individuals themselves.

In 2011, 31 women, including Sisul, were selected for the biennial award by their national athletics federation.  In 2013, 26 winners were named.