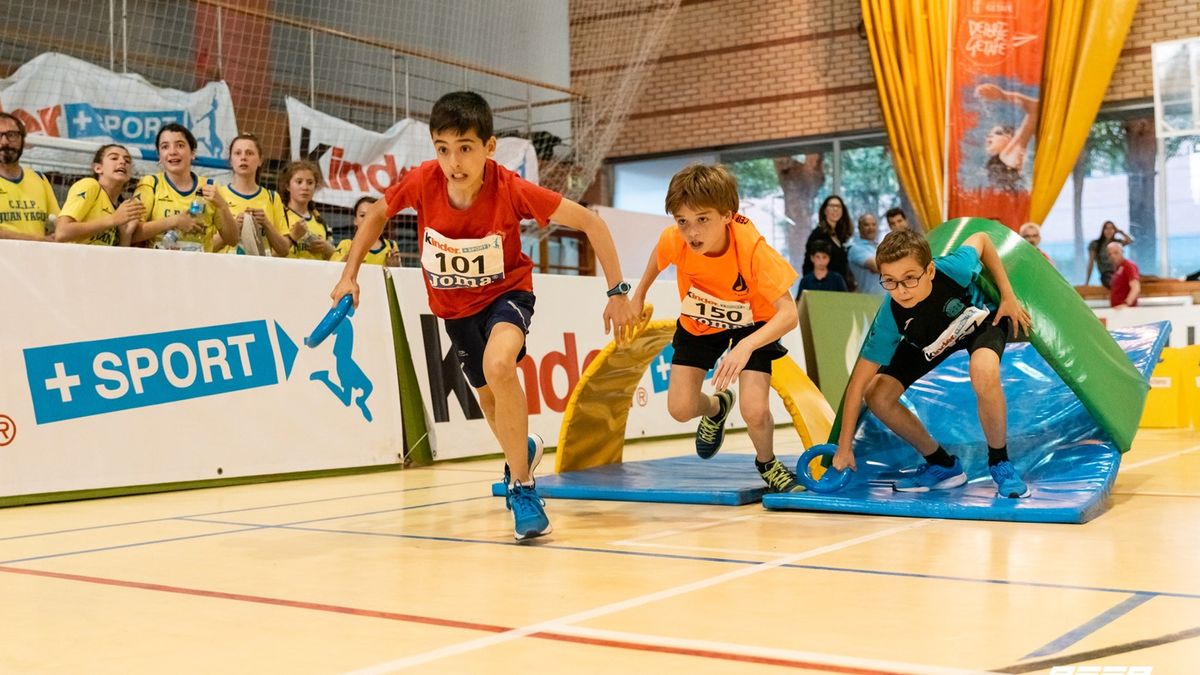 DNA to expand at a grassroots level with EU grant

The European Commission has awarded the Royal Spanish Athletics Federation (RFEA) €300,000 to develop European Athletics’ Dynamic New Athletics for use in schools and clubs.

RFEA’s Jungle Athletics project, which will combine DNA’s mixed-gender team competition format with digital technology, was one of just five proposals selected for funding from 141 submitted in response to the Commission’s “Grassroots sport programmes and infrastructure innovation” call for proposals published in May this year.

RFEA President and European Athletics Council member Raúl Chapado said: “We are proud and very excited. We received this recognition as a great success and a boost for the development of the athletics community in Spain and Europe.”

Congratulating Chapado, ADAE President and fellow European Athletics Council member Jean Gracia said that Jungle Athletics was the logical next step for the DNA concept, which was originally developed by European Athletics for use in elite competition at the 2019 European Games in Minsk, Belarus.

“To his credit, Raúl was among the first to recognise and act on the grassroots potential of DNA. The way Jungle Athletics incorporates technology is a clever and practical strategy for achieving former European Athletics President Svein Arne Hansen’s vision of athletics in every home and on every phone in Europe,” said Gracia.

The European Commission’s call for proposals aimed to give to traditional sport organisations like federations and clubs the opportunity to develop and promote new forms of practicing sport and physical activity. Applicants were encouraged to present projects that dared to “change the rules of the game” to attract a new generation of athletes.

“When we received the call we immediately saw the alignment with DNA”, said Gracia. “We had no idea that only 3% of the proposals would be selected but the fact that Jungle Athletics succeeded in the face of such tough competition shows that it and DNA are really at the cutting edge of the development of sport in the 21st century.”

“I expect that the RFEA will work closely with European Athletics so that Jungle Athletics can be shared with all the Member Federations across Europe and linked to the other aspects of the DNA concept.”

According to the submitted project proposal, the aim of the two-year Jungle Athletics project is to engage a high number of young participants by implementing the new formats together with a smartphone app that supports their operation and provides educational content including European Athletics’ I Run Clean anti-doping programme.

Targets for the project include more than 100,000 participants in Spain and close to a million views of the programme’s videos through the app and social media platforms. The expected results include:

· Increased awareness of athletics and its offers

· Increased understanding of how standard and non-standard equipment can be used in different settings, thus broadening the concept of athletics and its practice

For more information on the results of the European Commission’s Grassroots sport programmes and infrastructure innovation call for proposals, click here.