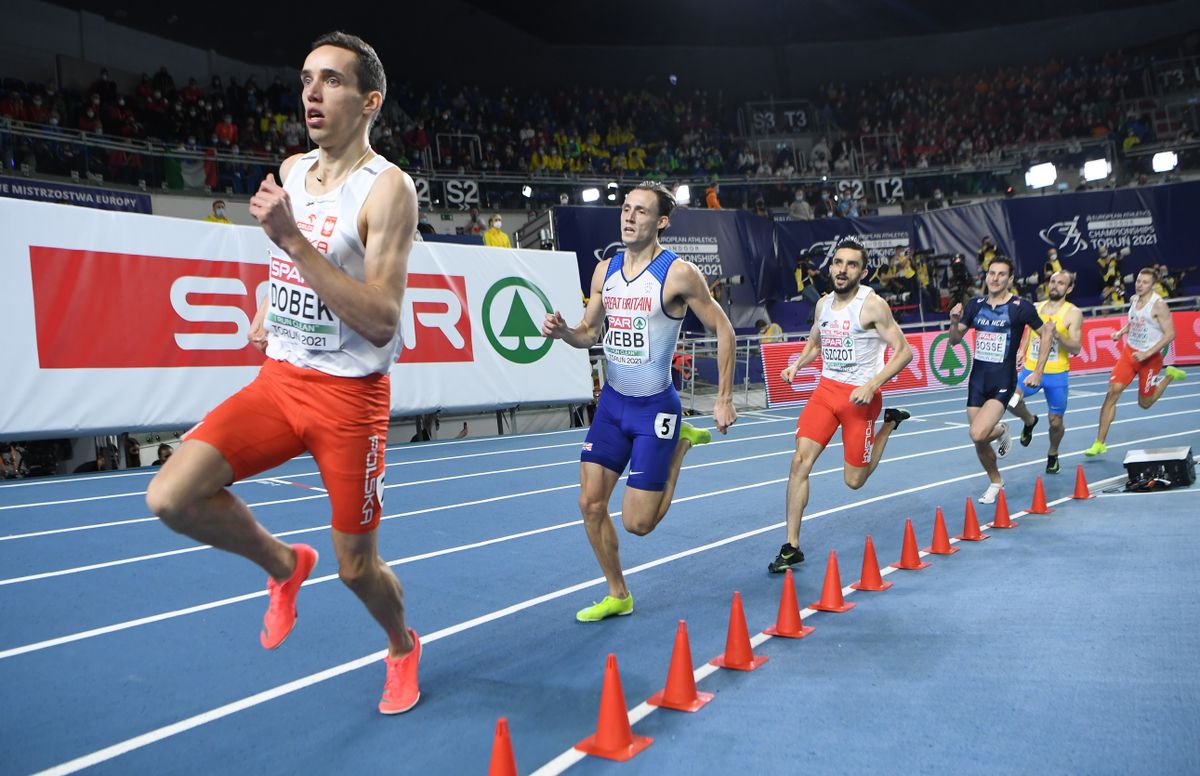 Just a few days after finishing a lowly sixth in the 400m hurdles at the European Athletics Team Championships in 51.12, Dobek gave further notice to his ability over two laps of the track with victory in the Parisian suburb in a lifetime best of 1:44.76.

Dobek was first and foremost a 400m hurdles specialist prior to the indoor season but the 27-year-old made an instant impact in the 800m, first by winning the Polish indoor title ahead of Adam Kszczot before triumphing on home at the Torun 2021 European Athletics Indoor Championships in just his sixth serious race at the distance.

And in just his second significant outdoor 800m race of a career which has seen him reach world and European finals in the 400m hurdles, Dobek ran 1:44.76 in Montreuil to defeat Kenya’s Collins Kipruto in 1:44.80. On his occasion, three-time European indoor and outdoor champion Kszczot trailed in 11th in 1:48.23.

The women’s 800m also produced another standout performance with two-time European silver medallist Renelle Lamote forging to victory in 1:58.65, her first sub-two minute clocking since 2018 and her fastest time in five years.

Fresh from her victory at the European Athletics Team Championships on Saturday, Ellie Baker finished second in a lifetime best of 1:59.54 to become the fifth Brit to break the two minute-barrier outdoors in 2021. Sweden’s Lovisa Lindh was third in 1:59.87.

There were also two notable Belarusian victories on the track with European champion Elvira Herman winning the 100m hurdles in 12.93 and Daryia Barysevich winning the 1500m in 4:06.91 ahead of Romania’s Claudia Bobocea in 4:06.97.

And in the 400m, former European indoor silver medallist Cynthia Bolingo created history by becoming the first Belgian athlete to break the 51 second-barrier for the distance. With a performance that augurs well for Belgium’s relay prospects later this season, Bolingo clocked 50.75 to smash Kim Gevaert’s long-standing mark of 51.45.

From an international standpoint, the highlight of the meeting was Burkina Faso’s Hugues Fabrice Zango extending his world lead to 17.67m to equal the meeting record held by his coach Teddy Tamgho who preceded Zango as world indoor record-holder.