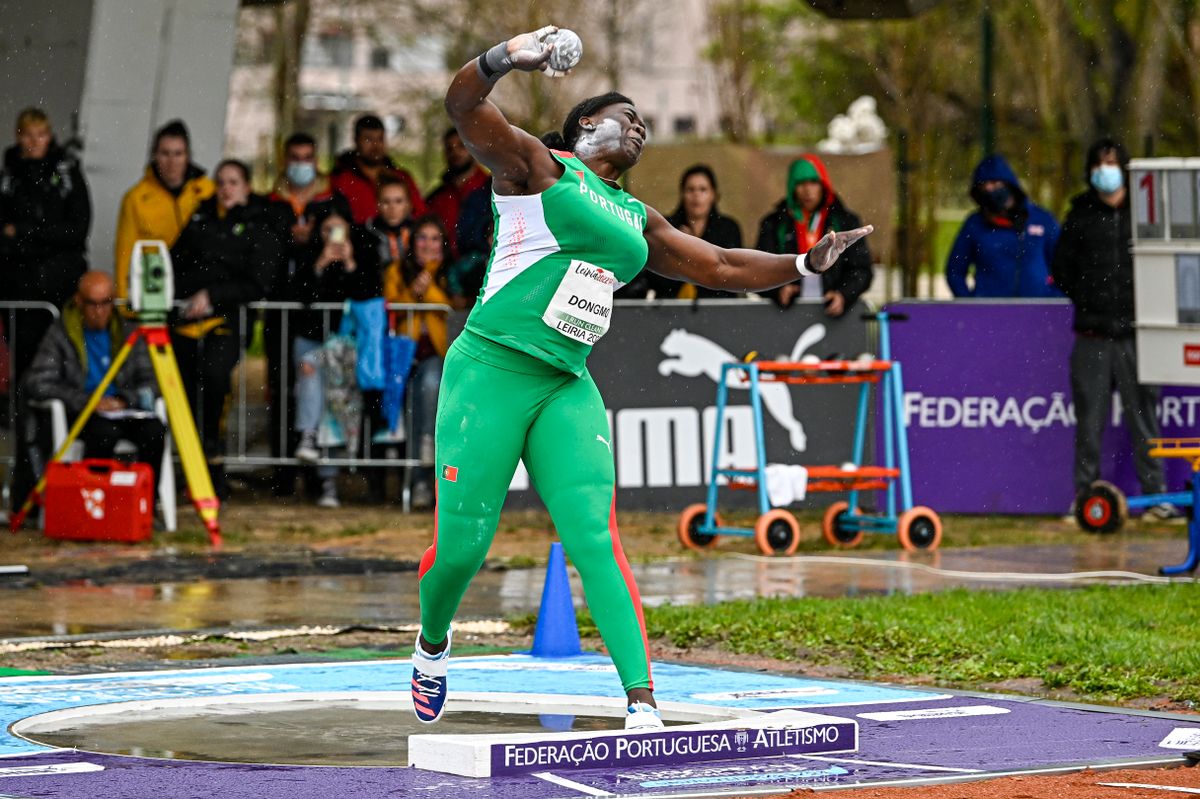 European indoor champion Auriol Dongmo converted her excellent indoor form to the outdoor stage on home soil on the first day of the European Throwing Cup in Leiria, Portugal on Saturday (12).

Dongmo holds the world indoor lead with 19.90m and the Olympic fourth-placer added the outdoor equivalent to her list of accolades with a fourth round throw of 19.68m, only seven centimetres shy of her Portuguese outdoor record.

Given the inclement weather on offer on the first day of the European Throwing Cup, Dongmo put together an eye-catching series with all four valid efforts in excess of the 19 metre-line: 19.17m, 19.11m, 19.68m and 19.53m.

All of her valid efforts would have also sufficed for victory over the in-form Jessica Schilder from the Netherlands who was rewarded with a national outdoor record of 18.89m with Sweden’s Fanny Roos third with 18.64m.

This same triumvirate will be challenging for more medals on the global stage at the World Athletics Indoor Championships which take place in Belgrade, Serbia from 18-20 March. In the discus, two-time European U23 champion Kristjan Ceh from Slovenia took arguably his biggest victory as a fully-fledged senior by snapping Olympic and world champion Daniel Stahl’s winning streak of 17 competitions.

In a weather-affected competition, Stahl took a tentative lead in the third round with 65.95m but Ceh’s riposte was immediate, regaining the ascendency with his very next throw which was measured at 66.11m.

The positions stayed the same for the remainder of the competition with Stahl’s training partner Simon Pettersson, the Olympic silver medallist in Tokyo last summer, third with 63.80m. In the other senior competitions to take place on the first day, Hungary’s Bence Halasz returned to form with victory in the hammer with 76.69m ahead of Spain’s Javier Cienfuegos (75.59m) and Sweden’s Ragnar Carlsson (75.26m) and Latvia’s Lina Muze found 58.12m sufficient to win the women’s javelin.

However, that mark was handily surpassed in the U23 competition by the precocious Serbian Adriana Vilagos. The 18-year-old world U20 champion surpassed the 60 metre-line in the second round with 60.72m for victory ahead of Norway’s Kaja Peteersen who achieved the second best result of the day with 58.44m.

There was also an emotional victory for Ukraine's Myhaylo Kokhan who threw 74.59m to win the U23 men's hammer ahead of Germany's Merlin Hummel (71.73m) and Italy's Giorgio Olivieri (70.84m).

The second day of the European Throwing Cup will be streamed live through the European Athletics Facebook page from 9.55am local time (GMT) tomorrow.