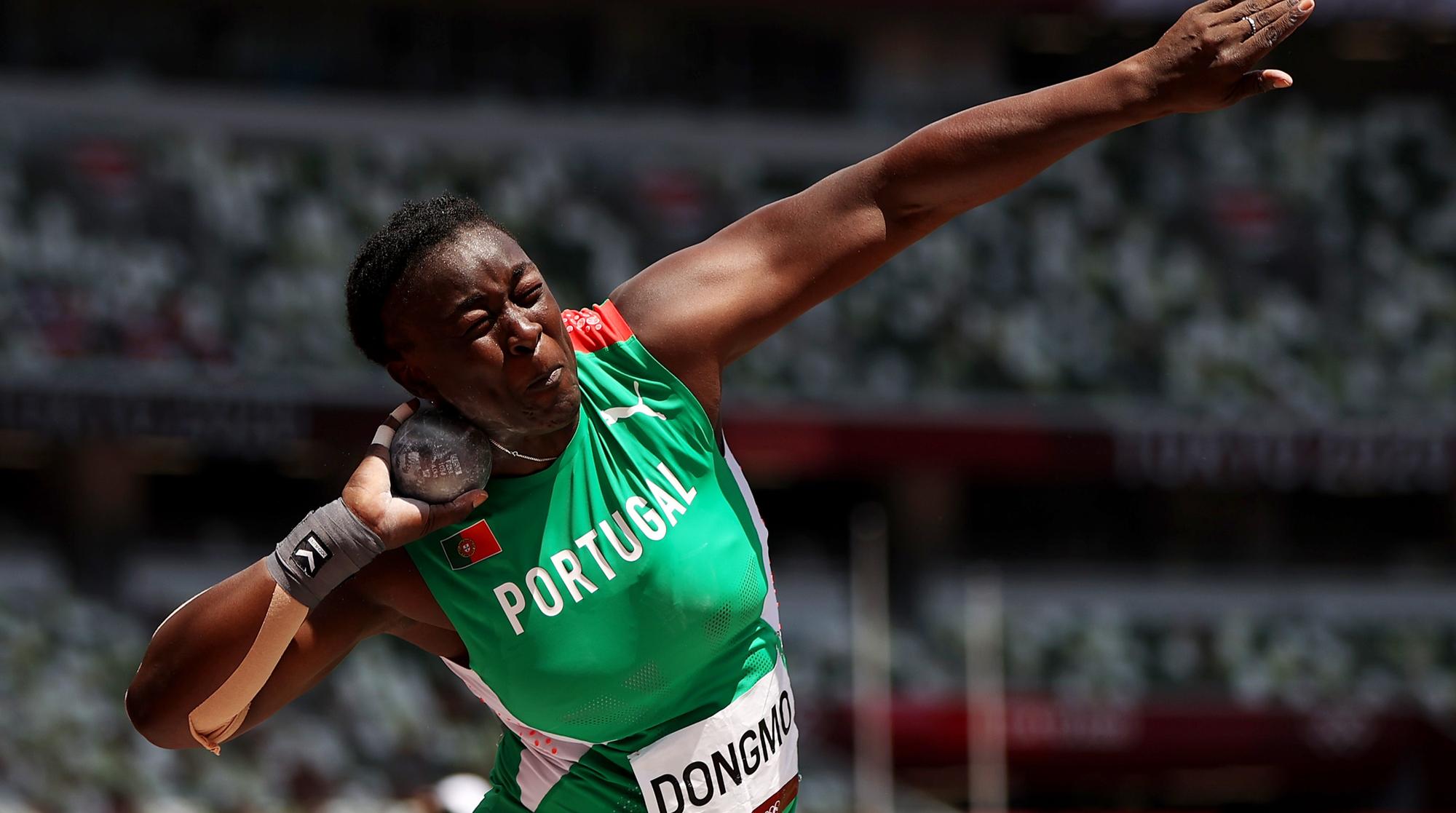 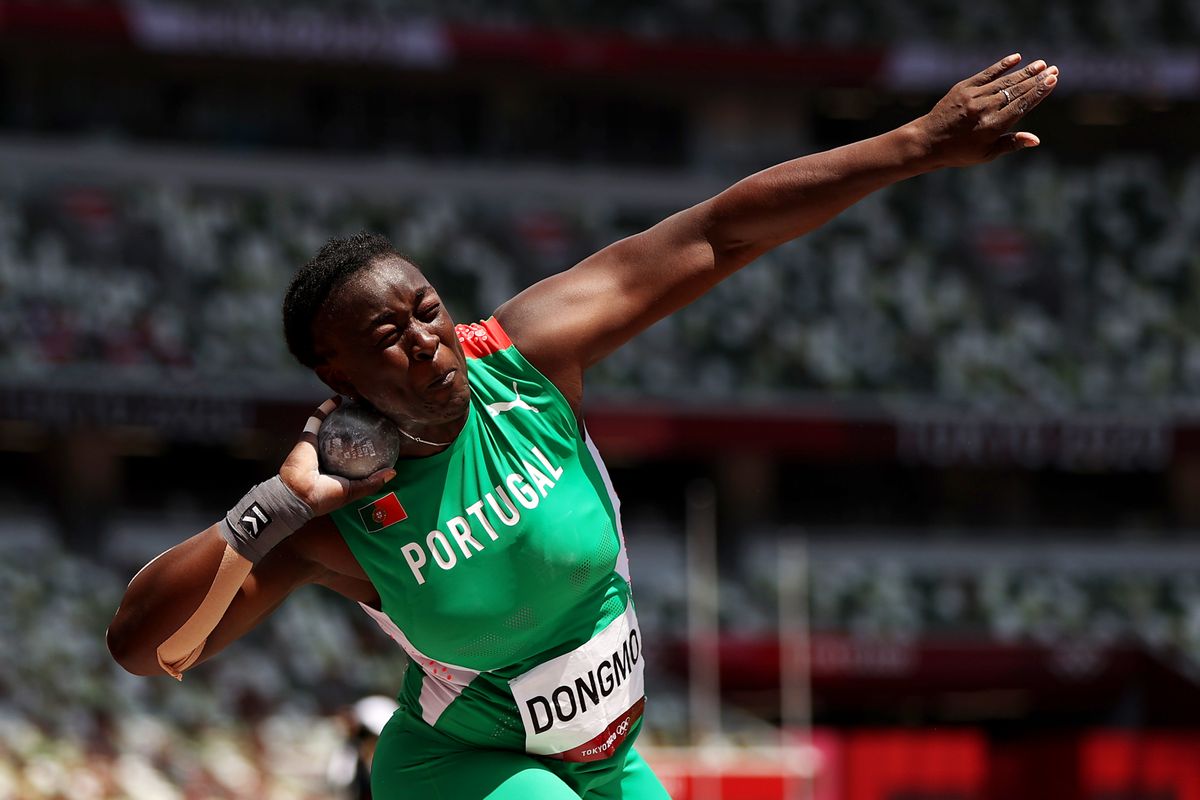 European indoor shot put champion Auriol Dongmo is among those hoping to give home supporters something to cheer about at the European Throwing Cup in Leiria, Portugal on 12-13 March.

The world outdoor leader set an outright national record to 19.90m in winning the Portuguese indoor title in February - the world’s longest throw indoors in six years - and she will face the woman she beat at the Torun 2021 European Athletics Indoor Championships, Sweden’s Fanny Roos.

But another finalist from that same event, Jessica Schilder, could be her closest rival in a competition expected to set the tone for the upcoming World Athletics Indoor Championships in Belgrade, Serbia.

The 22-year-old Dutchwoman recently improved her personal best by almost half-a-metre to 19.72m in Apeldoorn. Five-time European medallist Anita Marton of Hungary, who returned to the sport after giving birth last year, is also involved.

The women’s discus features the Portuguese Olympian duo of Liliana Ca (pictured) and Irina Rodrigues who were first and second in Split, Croatia in 2021. Ca also bettered her country’s national record by throwing out to 66.40m in the same city last year, before going onto finish fifth at Tokyo 2020. They will be up against a strong German contingent including three-time European medallist Shanice Craft and former European Throwing Cup winner Nadine Muller. Another veteran to watch out for is 42-year-old Melina Robert-Michon who was present for the very first edition of this competition in 2001. The 2016 Olympic silver medallist is targeting a seventh successive Olympic appearance on home soil in Paris 2024.

World and European medallist Alexandra Tavernier of France is one of the favourites in the hammer. The 28-year-old was third in 2021, but this year’s event is without the excellent Polish duo of Olympic medallist Malwina Kopron and world record-holder and three-time Olympic champion Anita Wlodarczyk, who were ahead of her in Split, Croatia last year.

Instead, World University Games bronze medallist Katarzyna Furmanek will be flying the flag for Poland, with Romania’s Bianca Ghelber, who was sixth at the Tokyo 2020 Olympic Games, also expected to feature prominently. There will also be Ukrainian representation in the women's hammer courtesy of long-time internationals Iryna Klymets and Alona Shut who were among the six Ukrainian athletes added to the final entries earlier this week.

Also included in the senior category is the 19-year-old Finnish record-holder Silja Kosonen – who threw 73.43m last year when she was just 18. Kosonen – who was one of a select few athletes who won both world and European U20 titles in 2021 – travels to Leiria alongside the Finn who used to hold the national record, Krista Tervo. Another young talent competing in the senior ranks - this time in the javelin - is European U20 champion Elina Tzengko of Greece, who has won her national title the last two years running and is still only 19. Names which also stand out are Austria's Victoria Hudson, Latvia's Lina Muze and Norway's Sigrid Borge, 26, who is a former winner of the U23 category in this event.

In that category, world U20 javelin champion Adriana Vilagos of Serbia is the only thrower who has gone over the respected 60-metre mark using the senior implement, with a best of 62.36m in Zagreb in September 2021. Vilagos also won this category in Split last year when, at 17, she upset throwers more than five years her senior.

A number of hopefuls have entered into both of the U23 discus and shot put competitions. Among them is Alida Van Daalen of the Netherlands - a five-time European medallist across U18 and U20 levels - who has lifetime bests of 59.15m and 16.77m respectively. Down to join her in doubling-up is the European U23 discus bronze medallist Amanda Ngandu-Ntumba, who won the same colour medal at the European Athletics U20 Championships in Boras, Sweden in 2019. Also included in the discus is the Turk who was ahead of her on that occasion, Ozlem Becerek, who has the same personal best as Van Daalen.

Other notable entrants in the U23 shot put include Becerek's compatriot Pinar Akyol, the 18-year-old reigning European U20 gold medallist and the only 17-metre thrower in the line-up.

Ewa Roszanska is the Polish U23 title-holder in both the shot put and the hammer and is entered for both events in Leiria. Joining her in the latter discipline are 67-metre thrower Romania's Ana Adela Stanciu, European U23 finalist Sara Forssell of Sweden and European U20 fourth-placer Charlotte Payne of Great Britain.

A full list of entries can be found here.