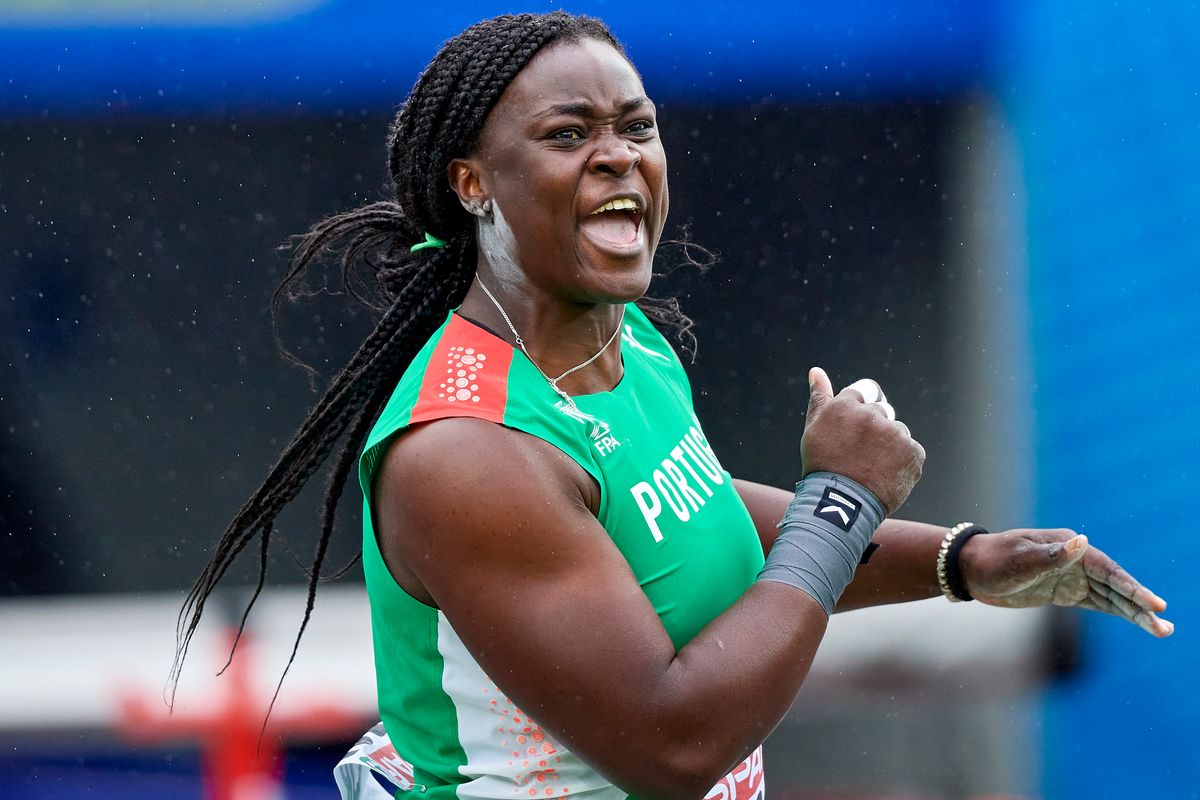 Auriol Dongmo provided the highlight of the Meeting Iberoamericano in Huelva, Spain with the Portuguese thrower producing a shot put world lead and national record of 19.75m at the World Athletics Continental Tour bronze meeting on Thursday (3).

Dongmo had suffered a surprise defeat at the European Athletics Team Championships Super League on Sunday, her first loss for over a year, but the 2021 European indoor champion bounced back with aplomb with three efforts over 19 metres topped by her fifth round 19.75, which added ten centimetres to her previous national record set indoors in January.

Another record setter in the Andalusian city was British pole vaulter Holly Bradshaw, who achieved a British outdoor record and European lead of 4.82m.

Bradshaw, who has cleared 4.87m indoors, went over her record height on the third attempt before three unsuccessful efforts at 4.88m.

Roberta Bruni, who go maximum points for Italy in Silesia on Saturday as they made the European Athletics Team Championships podium for the first time ever in second place, finished second with 4.64m before falling short at an Italian record height of 4.75m.

Catia Azevedo became the first Portuguese woman to run 400m under 51 seconds when she clocked 50.59, finishing second behind Dominican Republic’s Marileidy Paulino who won in 49.99.

It was Azevedo’s second national record over one lap of the track this season and the fourth of her career.

France’s 2019 European U23 5000m and 10,000m champion Jimmy Gressier won over the shorter distance in 13:08.99, taking more than six seconds off his personal best to move up to third on this year’s European list and third his country’s all-time list with the fastest time by a Frenchman in 19 years.

Great Britain’s Aimee Pratt improved her 3000m steeplechase best to 9:25.89 when finishing second behind the Kenyan winner Ruth Chepngetich, who won in 9:24.19, while Irene Van Der Reijken ran a Dutch record of 9:27.38 in third place.

Other European wins in the international events in Huelva came in the 1500m, with Belgium’s Ismael Debjani victorious in 3:36.71, and the discus which saw a Portuguese one-two with Liliana Ca throwing 63.71m with Irina Rodrigues second with 62.65m.

On the other side of the Atlantic on Thursday night, Great Britain's 2015 European U20 champion Josh Kerr broke the USA 1500m all-comers record when winning at the Stumptown meeting in Portland in 3:31.55, taking almost a second off his previous best of 3:32.52 set when finishing sixth in the 2019 World Athletics Championships final.