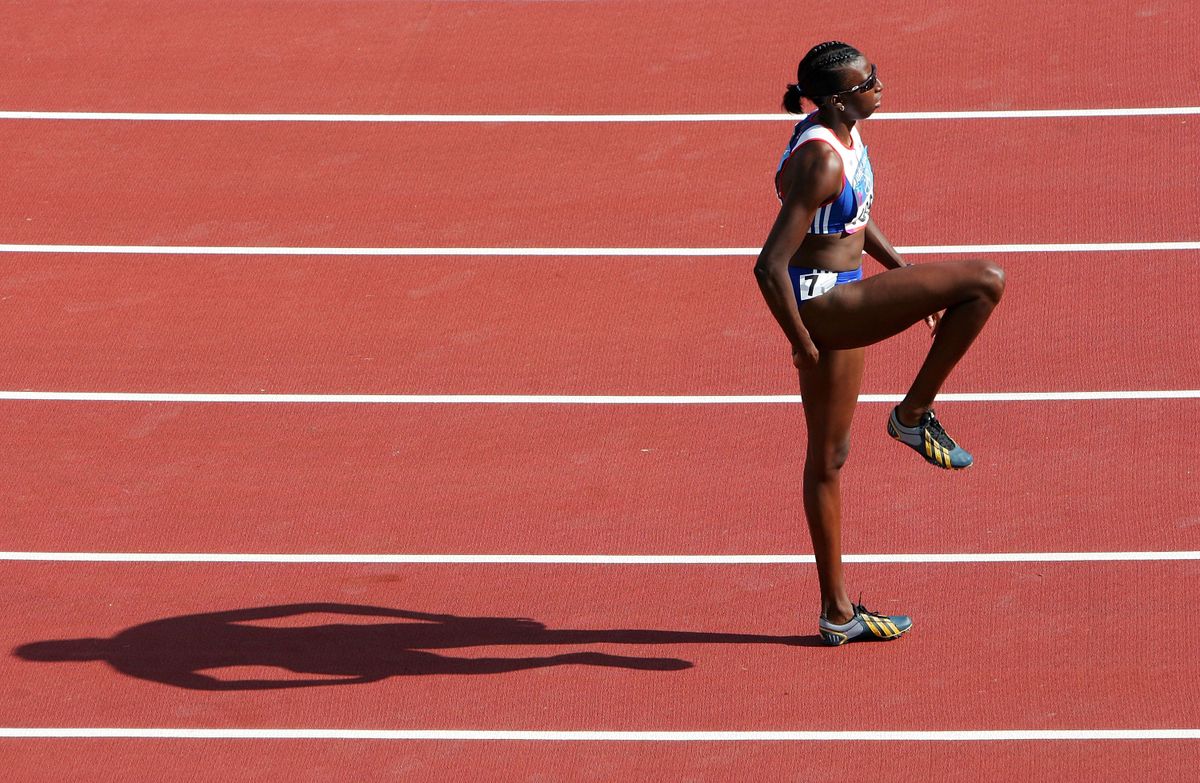 Donna Fraser: “Knock down the door and make your own door'

European Athletics continues its series of women’s athletics leaders’ profiles by having a conversation with Donna Fraser, a three-time Olympian (1996, 2000 and 2004) and currently the Equality, Diversity and Engagement Lead and Domestic Operations Manager at UK Athletics.

Can you describe your early years in the sport?

I got involved in athletics at the age of eight. I joined my local club Croydon Harriers in South London and went on win six English Schools 200m titles and then, at the age of 18, the 1991 European Athletics U20 Championships 400m gold medal.

What sort of career did you have after your teenage years?

I competed at three Olympic Games and was team captain at the Beijing 2008 Olympic Games (Fraser was named in the 4x400m relay pool), with my best result finishing fourth in the 400m in 2000.

In 2009, I was forced to retire from athletics after being diagnosed with breast cancer and I made the decision to undertake a mastectomy. With the 2012 Olympic Games being held in London, and hoping to inspire others to overcome adversity, I made return to the track in 2011 and 2012.

How did you stay in the sport after your retirement as a competitive runner?

I had 18 years as a professional athlete between 1991-2009 and, after 2009, I decided I wanted to stay involved in the sport at a local level as I wanted to give something back especially, so I attended many club and area events and still do when I can. I was president of the South of England Athletic Association between 2011 and 2015 and then became a Vice President of UK Athletics for four years from 2015, sitting on the UK Athletics Members Council.

Having worked in engagement and diversity roles with other organisations, in January 2017 I became the UK Athletics Equality, Diversity and Engagement Lead and the following year I added the Domestic Operations Manager to my portfolio.

This is a full-time job, but I have additional outside roles like sitting on several boards, charity work including as an ambassador for breast cancer awareness and still try to stay fit as well. I still try to go to my local club as often as possible to inspire young people

What has been your involvement in European Athletics Women’s Leadership activities?

I participated in the 2017 Women in World Athletics (WIWA) seminar - and event supported by European Athletics - in London as a speaker and moderator.

I went to the seminar with broad aspirations to build a new network and learn from women’s leaders from other federations across Europe, in the hope that I/we could collaborate in the future.

The seminar enabled me to converse with other female leaders, understand our various differences, and how working together can lead to many things being achieved.

I didn’t set myself specific goals beforehand, but I did get a lot out of the seminar and there were several aspects of it that made me think and analysis more about myself.

How do you see European Athletics’ role regarding the status of women in our sport?

I would like more senior roles in all organisations to be occupied by women but although gender seems to be main topic of discussion currently I would like to expand the focus on other protective characteristics, especially disability and ethnicity, and not to focus solely on gender.

I would also like to see the expansion of mentoring programmes. I definitely think mentors are a good thing, having benefited from them myself. They would help to create more inspiring women, and men, in the future.

Is there any advice you want to give other women that are involved in athletics?

As there are defined barriers for women to be involved in our sport, such as family issues and opportunities, I would say: be persuasive in what you are doing, create your connections and network, and learn as much as you can on the job.

If the opportunity doesn’t knock, then knock down the door and make your own door.