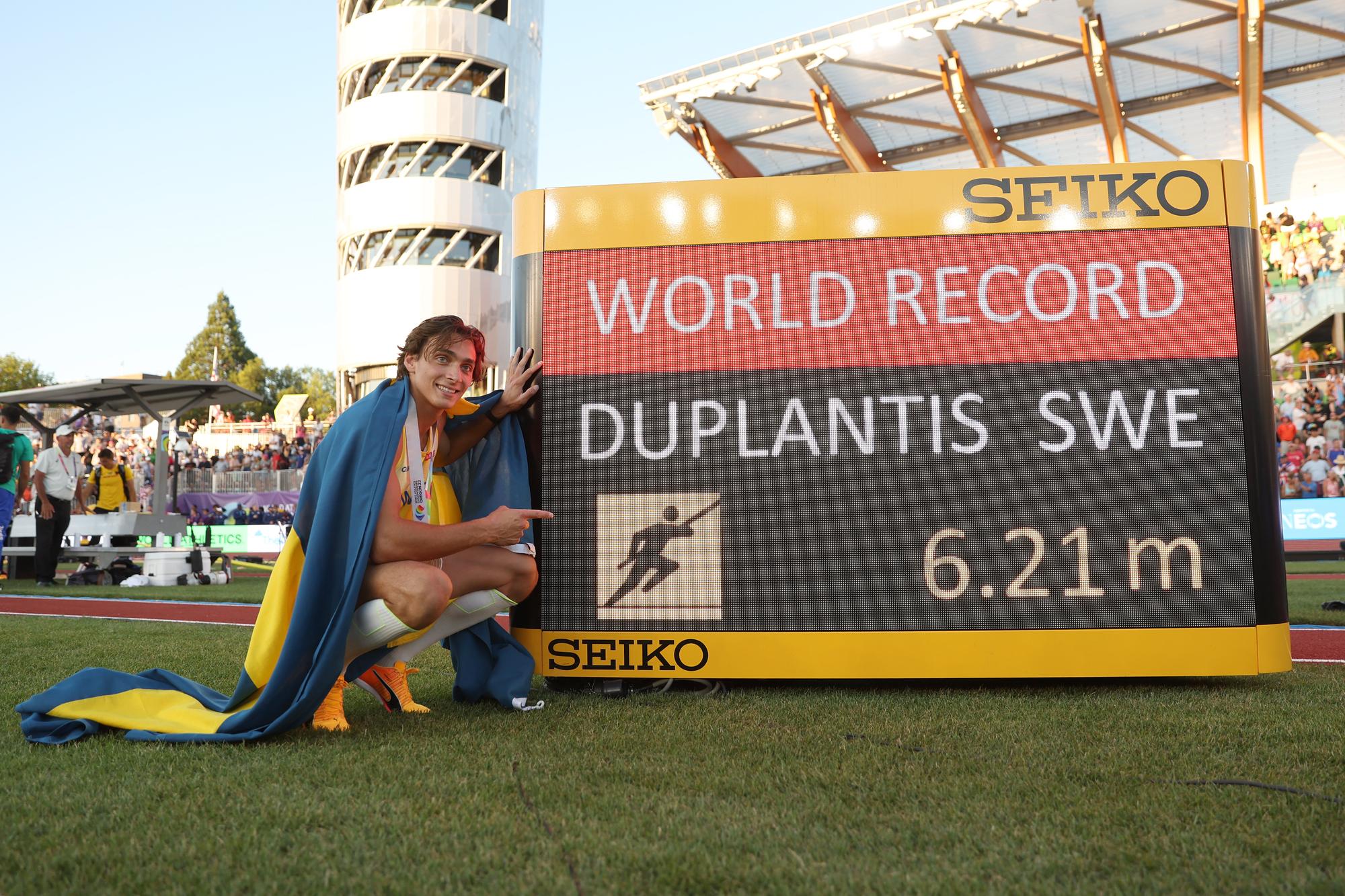 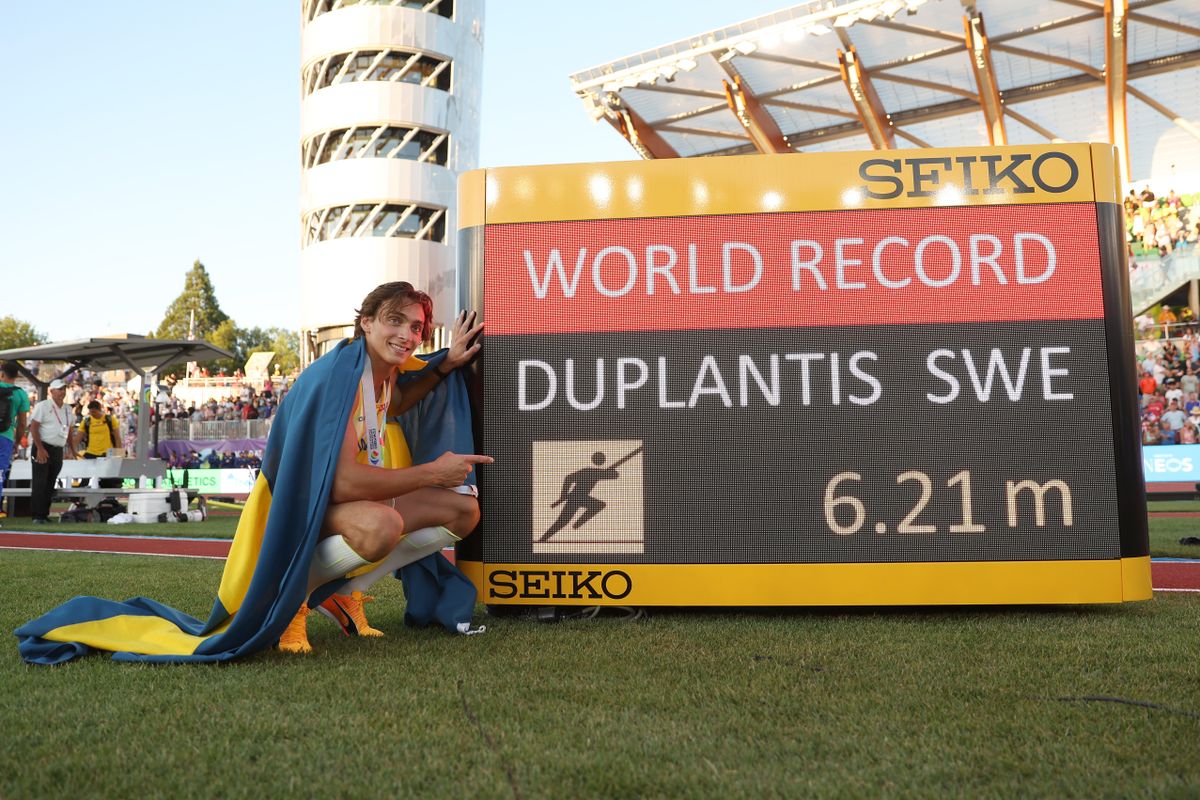 Duplantis closes the show in Oregon with sensational 6.21m clearance

Europe had one of its most successful days at a global championships as its competitors won five of the seven individual titles available in the concluding action at the World Athletics Championships in Eugene, Oregon on Sunday (24).

Armand Duplantis and Jakob Ingebrigtsen won their first world titles in the pole vault and 5000m respectively, with the former improving his world record for the fifth time with a stratospheric clearance at 6.21m. Germany’s Malaika Mihambo retained her women’s long jump title with a season’s best of 7.12m – and will soon be turning her attention to the defence of her European title at next month’s Munich 2022 European Athletics Championships.

Kevin Mayer of France, decathlon world record-holder, regained the title he last won five years ago in London as he made maximum advantage of the sad fact that Canada’s Olympic champion Damian Warner, who led the event over the first four disciplines, injured his hamstring during the 400m at the close of the first day’s competition.

In a stupendously competitive women’s 800m final, Great Britain’s Keely Hodgkinson got even closer to the American athlete and 20-year-old contemporary who beat her to Tokyo gold, Athing Mu, but had to settle for second place once more.

Earlier in the day, Italy’s Olympic 20km race walk champion Massimo Stano took gold in the inaugural men’s 35km race walk at these Championships with Sweden’s Perseus Karlstrom, who won bronze in the opening day’s men’s 20km race walk, adding another and his third in his World Athletics Championships career.

Duplantis claimed his first world title with his fifth consecutive world record, taking the mark up to 6.21m having first bettered Renaud Lavillenie’s 2014 effort of 6.16m by one centimetre in 2020.

This prodigious 22-year-old now has a complete set of medals following his victory at the 2018 European Athletics Championships in Berlin – a title he, like Mihambo, plans to defend in Munich next month.

Duplantis, raised in Louisiana but now living in Stockholm, secured gold with a first-time clearance of 6.00m, now a commonplace for him, as his US rival Christopher Nilsen earned another silver on countback after he and Ernest Obiena of the Philippines cleared 5.94m, an Asian record for the latter.

After a first-time clearance of 6.06m Duplantis set the bar at 6.21m, a centimetre more than he managed in winning the world indoor title four months ago in Belgrade – and went over at the second attempt.

“It is the medal I was missing,” said Duplantis. “Usually, it (the world record) is always somewhere in the back of my mind, but today I was focused on the win.” Like Duplantis, Ingebrigtsen now also has a complete set of titles, although not in the same event.

After his 1500m defeat by Great Britain’s Jake Wightman earlier this week the young Norwegian responded in characteristically defiant manner as he earned another superbly assured major victory in 13:09.24 after taking a lead he would not relinquish some 600 metres from the end of an edgy, tactical race.

Before that, he had tracked leaders that included Uganda’s Olympic champion and world record-holder Joshua Cheptegei who was part of a field that read like a Who’s Who of distance racing talents, including Ethiopia’s Olympic 10,000m champion Selemon Barega.

Such was his assurance in the final straight that the Ingebrigtsen felt emboldened to flash a 'No.1' gesture to his supporters.

“It feels amazing to win this gold. This is already my fifth attempt to become a world champion outdoors and my third World Championships. So finally, I became the world champion,” said Ingebrigtsen whose medal collection also includes six senior European gold medals and surely more to follow in Munich next month.

Mihambo, who had arrived in Oregon as Olympic, world and European long jump champion, was stirred into meaningful action by the third-round lead taken by Nigeria’s Ese Brume with a leap of 7.02m.

In round four the 28-year-old from Heidelberg took over the lead with an effort of 7.09m and compounded her victory with her last-round 7.12, with Brume taking silver and bronze surprisingly going to Brazil’s Leticia Oro Melo with 6.89m, one centimetre better than home jumper Quanesha Burks.

Reigning world indoor champion Ivana Vuleta from Serbia had to settle for a disappointed seventh with 6.84m. Her third round jump initally looked set to catapault her into medal contention but it was deemed a no-jump by the merest of margins. Mayer, always a stronger second-day performer, was energised by the possibilities created after Warner, leading proceedings on the opening day, had pulled up, agonised, in the final event of day one in the 400m.

The Olympic silver medallist moved into bronze medal position after clearing the equal best pole vault of 5.40m along with home athlete Zachery Ziemek, and took over pole position with a huge season’s best of 70.31m before producing another season’s best in the concluding 1500m. 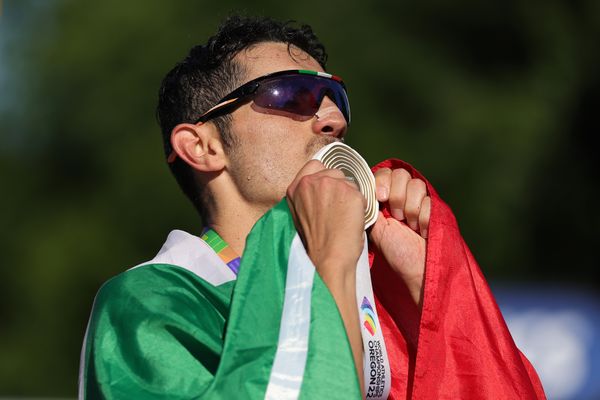 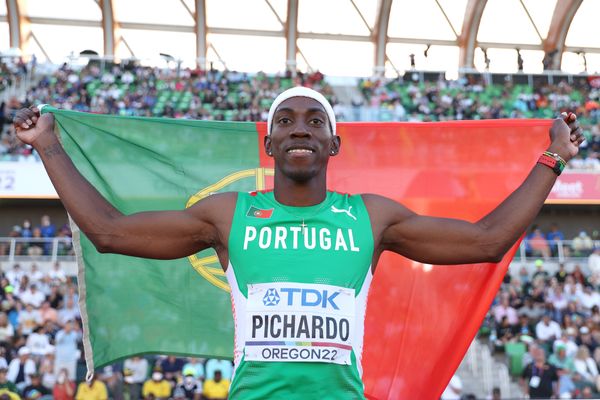 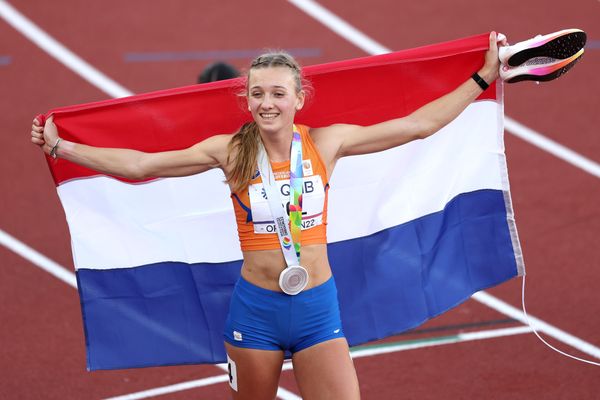 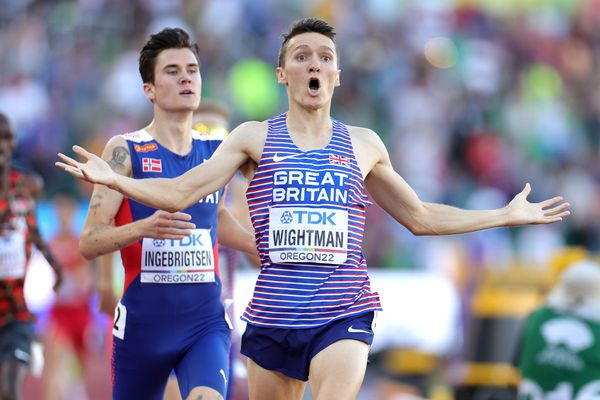