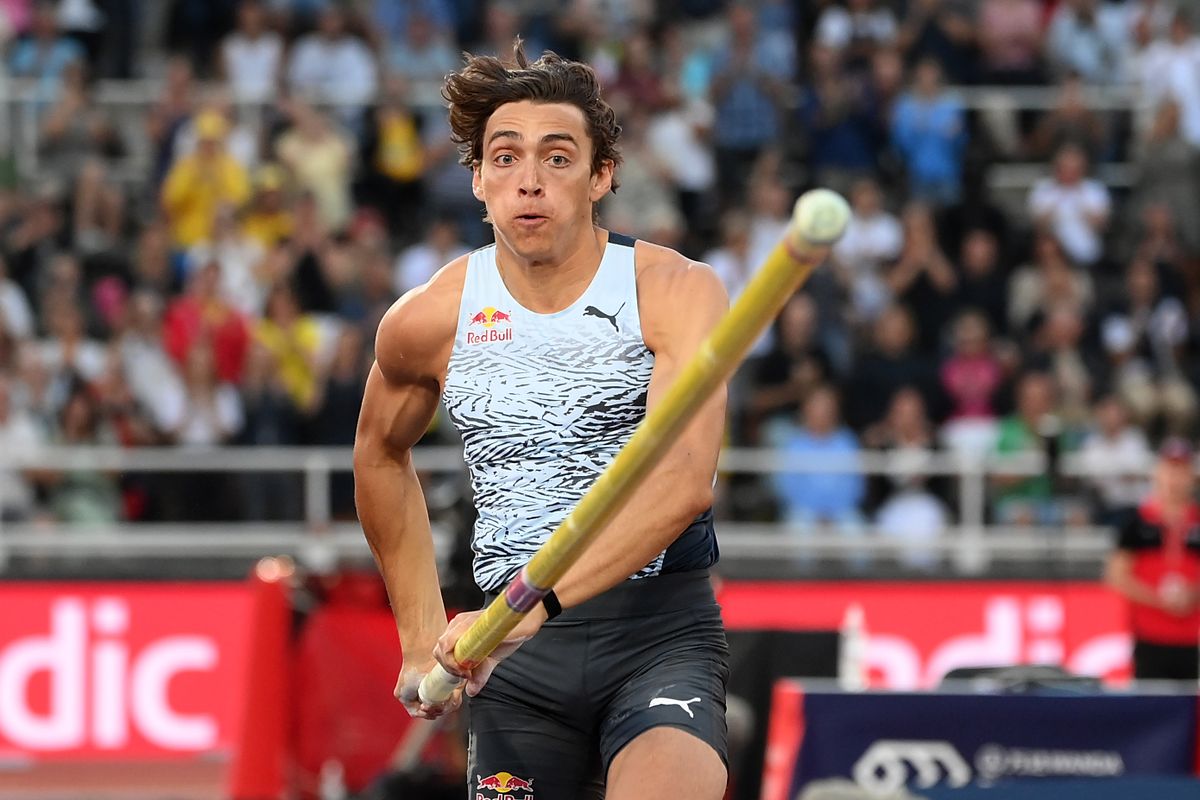 Duplantis delivers in Stockholm with a history-making 6.16m clearance

A near capacity crowd in the Stockholm Diamond League witnessed Armand Duplantis creating another chapter of pole vault history at home on Thursday (30) evening.

Duplantis achieved the highest ever pole vault clearance outdoors with a second attempt clearance at 6.16m, a dizzying height which the reigning Olympic and European champion made to look all too easy.

Once again, Duplantis is operating on a different level to the rest of his contemporaries and the Swede has surpassed the six metre-barrier in 10 of his 12 competitions in 2022 including back-to-back world records of 6.19m and 6.20m to conclude his indoor season.

Poor weather in his prior meetings this summer have limited Duplantis’ ability to match those vertiginous heights but the 22-year-old produced one of the finest vaults of his career last night and what a stage to do it!

“It is extra special - I wanted to come here today and try to do something special. I felt I was in shape and that I have a great support here in Stockholm, where I live now so that means so extra more. I had a huge advantage of competing on my home turf,” said Duplantis.

Duplantis’ teammate and fellow Olympic champion Daniel Stahl had to settle for third in the discus behind the two outstanding youngsters Kristjan Ceh from Slovenia and Mykolas Alekna from Lithuania.

Ceh, a reigning two-time European U23 champion, broke the 70 metre-line again with 70.02m to surpass the 19-year-old Alekna who improved once again to 69.81m with his first throw, the longest throw ever achieved by a teenager by quite some distance.

Stahl, meanwhile, had to settle for third albeit with a solid 67.57m.

Femke Bol was at her brilliant best in the 400m hurdles as the Olympic bronze medallist approached her European record of 52.03 despite losing a fraction of momentum after clipping the last hurdle.

Bol’s time of 52.27 was also a Diamond League record and a time that only the Dutchwoman herself has surpassed among European athletes. Once again, Bol ran out victorious by more than one second with Rushell Clayton from Jamaica a distant second in 53.90.

"It was a good race today but not perfect," assessed Bol. "In the end, I am very glad for this time. I do not remember everything from the race but I think the first five - six hurdles went really nice but I hit the last hurdle. I am used to that by now, so I can be happy I can still finish like this."