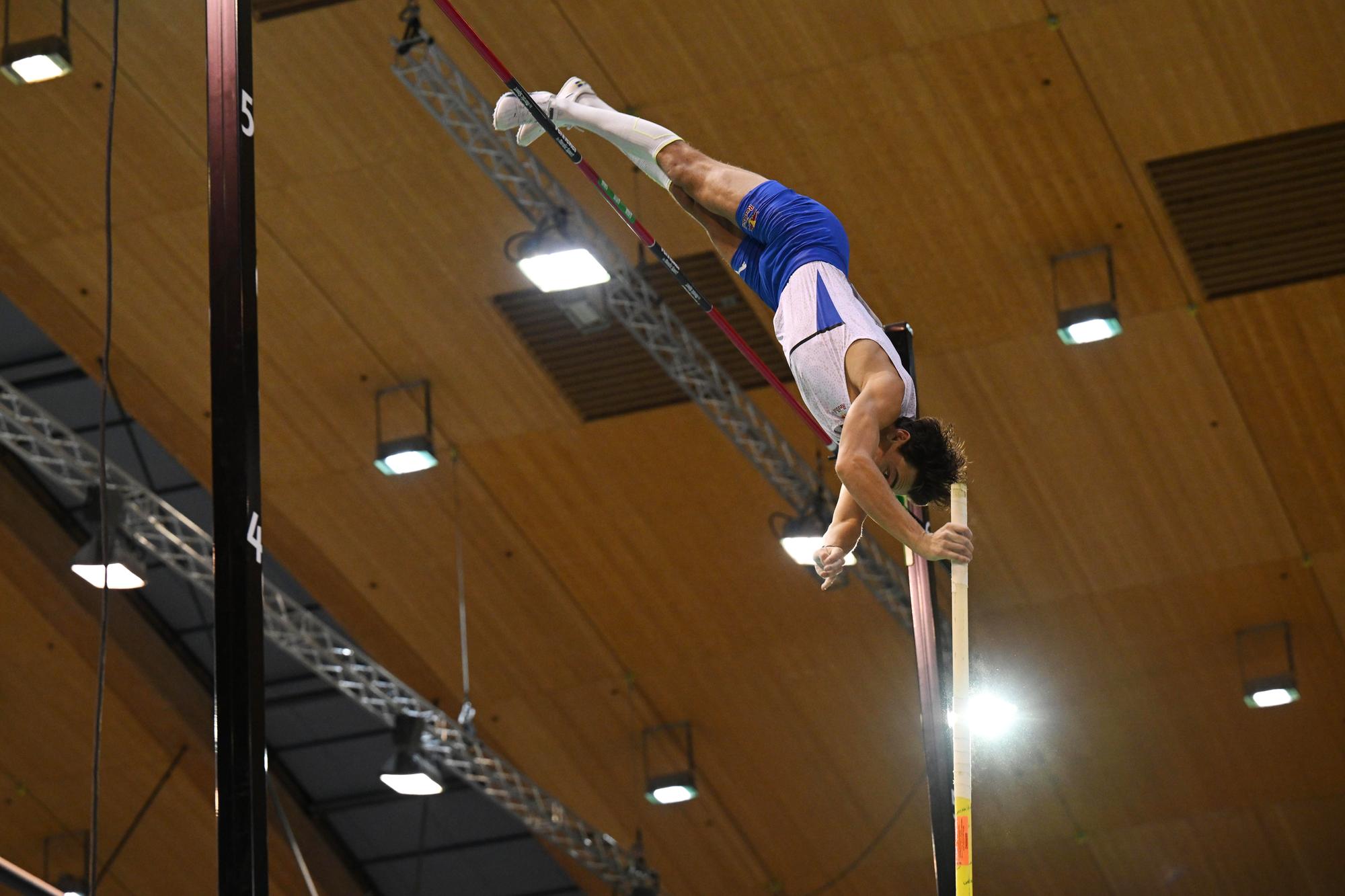 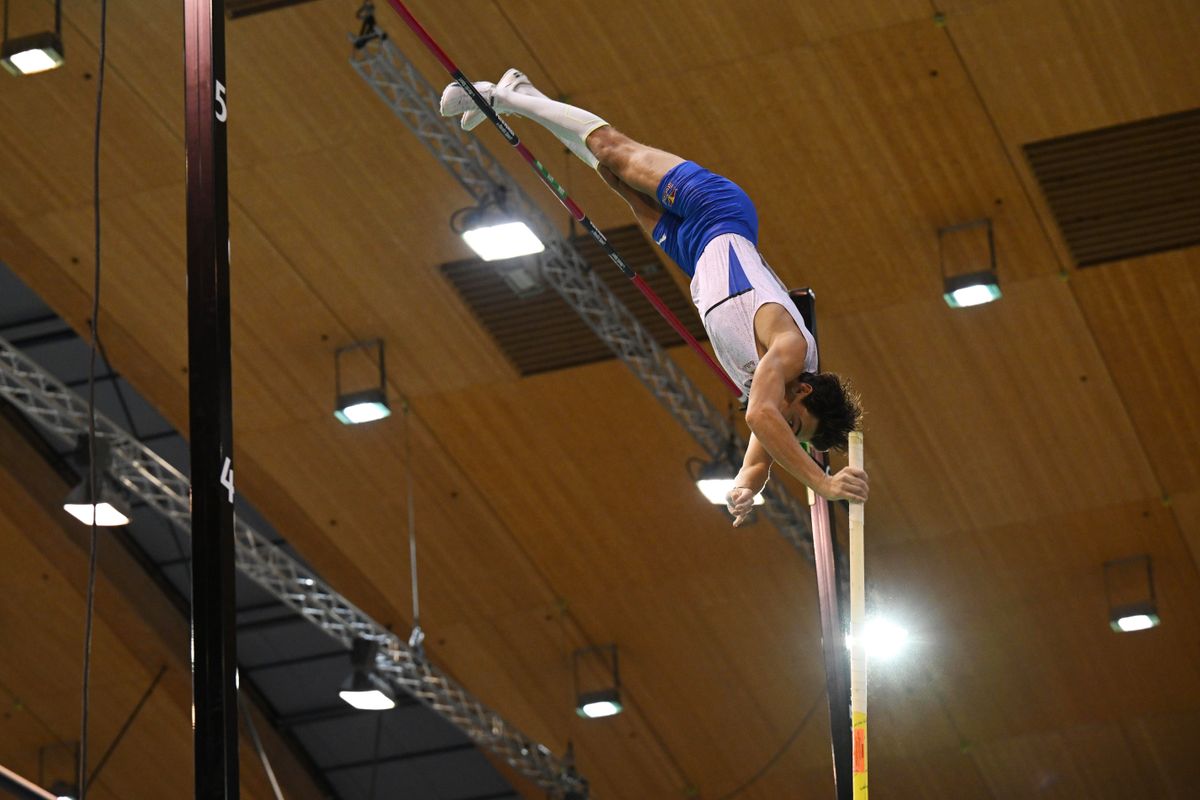 Duplantis soars over 6.02m world lead on his season’s debut in Karlsruhe

Armand Duplantis was in imperious early season form on his season’s opener at the Indoor Meeting in Karlsruhe on Friday (28), the first of seven World Athletics Indoor Tour Gold meetings in 2022.

The reigning Olympic and European champion had aspirations of becoming the first vaulter in history to clear six metres in Karlsruhe and he duly achieved his target by soaring over 6.02m on his first attempt to displace Frenchman Renaud Lavillenie’s meeting record of 5.95m.

This was only his fourth vault of the competition after clearing 5.51m, 5.71m and 5.89m, each time on his first attempt and with generous room to spare between himself and the crossbar.

At this point, Duplantis only led on countback from KC Lightfoot who kept the competition alive with a clutch third-time clearance but the supremely confident Duplantis sat out the next height of 5.96m - which Lightfoot failed three times at - before adding even more lustre to his victory by revising both the meeting record and world lead to 6.02m.

Having looked supreme at the earlier heights, Duplantis kept the crowd enthralled with three attempts at a prospective world record of 6.19m. That height proved slightly out of reach in his first competition since the summer season but Duplantis was in a wholly positive mood about the season ahead.

"Tonight was really special, especially because we really haven't had spectators in a few years. That fan interaction is a whole different experience. I've been doing this for a long time. It is a new season, but I just think I am so in tune with my jumping that I have a lot of confidence, whether it is the first or the last meet of the year," said Duplantis, who cleared six metres or higher in 12 competitions in 2021.

Duplantis will be back in action next Friday evening at the ISTAF Indoor in Berlin, the city where Duplantis achieved the first of his 26 competitions at 6.00m or higher with an unforgettable gold medal at the Berlin 2018 European Athletics Championships, a title which he will be defending later this summer in Munich.

"What makes more sense than to win a second European title in the same country where I won my first one?" he said.

Martinot-Lagarde powers to 7.54 world lead in the 60m hurdles

After equalling the world lead with 7.56 in his heat, Martinot-Lagarde claimed outright ownership of that mark with a 7.54 clocking to defeat Spain’s Enrique Llopis (7.59) and Poland’s Jakub Szymanski (7.60).

"I am super happy with today's race! I try to do my best every time in every championships, and there are three of them this year," said Martinot-Lagarde, who will defend his European outdoor title in Munich at the end of the summer. Martinot-Lagarde’s teammate Cyrena Samba-Mayela threatened the long-standing French indoor 60m hurdles record of 7.82. The European U23 silver medallist went stride for stride with Jamaica’s former world champion Danielle Williams with both athletes timed at 7.84. The verdict went to Williams with only 0.001 separating the pair.

In the long jump, Sweden’s Thobias Montler was the only athlete to surpass the eight metre-line with 8.02m. He finished just ahead of 18-year-old world U20 champion Erwan Konate from France whose best mark of 7.98m bettered the long-standing European indoor U20 record of 7.89m which was held by the legendary Robert Emmiyan. 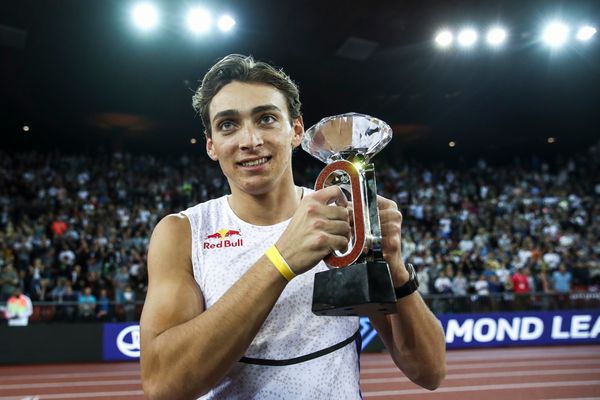 Duplantis is Sweden's Sportsman of the Year for the third time 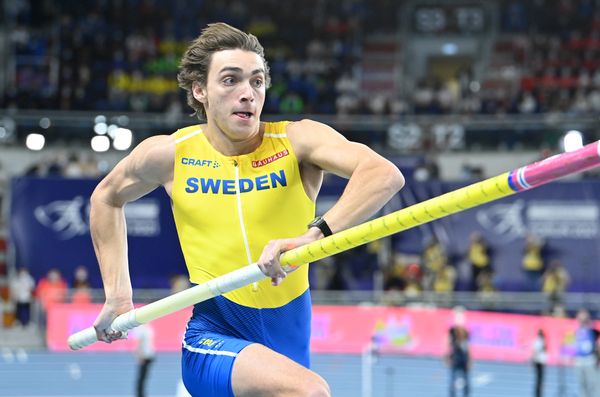 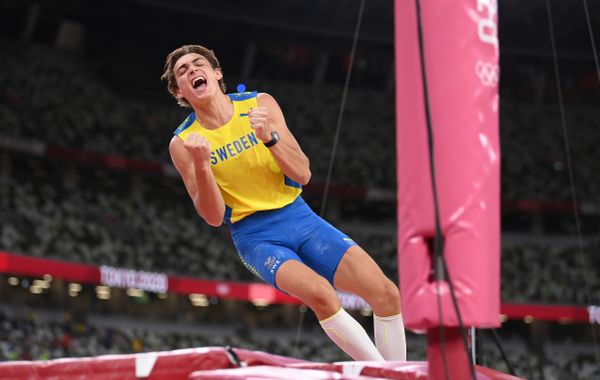