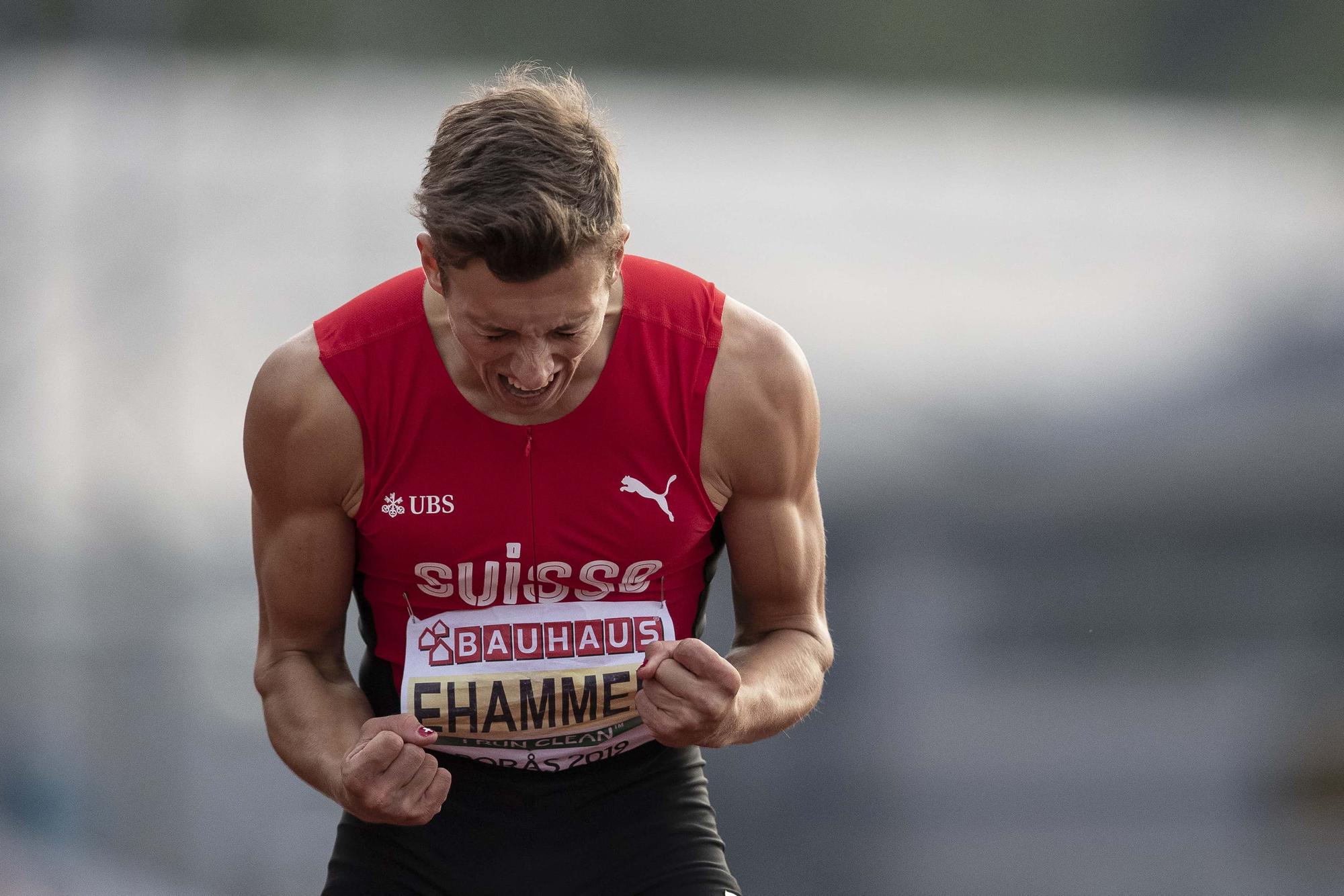 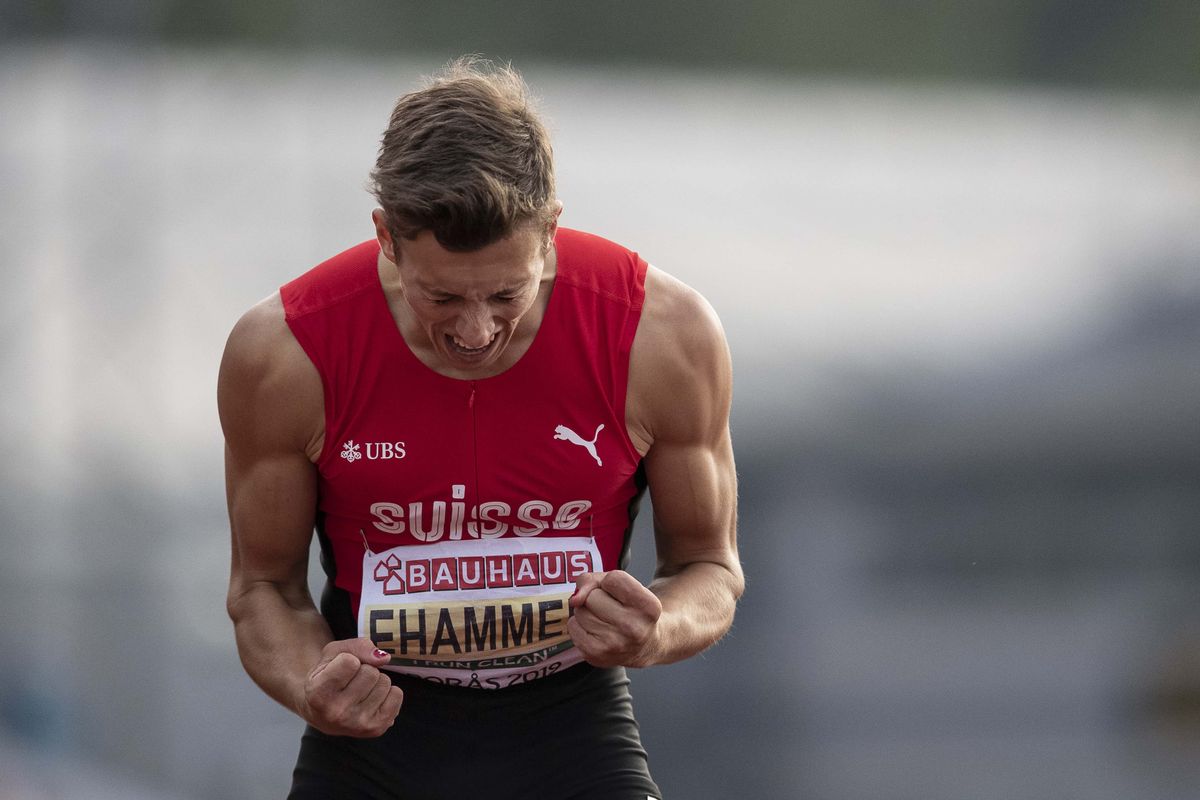 Ehammer was on course to shatter the 6000 points-barrier for the first time in his burgeoning career at his domestic championships in Magglingen last weekend but the 20-year-old suffered the chastening experience of recording three fouls at his opening height in the pole vault.

Not only did Ehammer depart from the competition without a score to his name, he also lost his Swiss record to Andri Oberholzer who tallied 5940 points but Ehammer wasted no time in seizing back the mark. He became the first Swiss athlete to break through the 6000 points-barrier in Frankfurt and Ehammer’s score also eclipsed the world lead by three points.

With the top six on the 2021 European list guaranteed to qualify for the heptathlon in Torun 2021 European Athletics Indoor Championships from 4-7 March, Ehammer looks almost certain to make his senior championship debut next month.

Ehammer was especially prolific on the first day, banking up big points in the 60m with 6.82 and in the long jump with 7.73m before concluding his day with 14.78m in the shot put and 1.95m in the high jump respectively.

After opening his second day with a typically fast 7.83 in the 60m hurdles, Ehammer made no mistake in the pole vault by clearing 4.80m before capturing the Swiss record and world lead with 2:51.93 in the 1000m.

Germany’s Andreas Beckmann finished second in the heptathlon with 6057 points, making up ground on Ehammer in the last two events with 5.20m in the pole vault and 2:43.38 in the 1000m.

In the U20 heptathlon, rising Belgian combined eventer Jente Hauttekeete set a world indoor U20 record of 6062 points, becoming the first U20 athlete to break the 6000 points-barrier in an U20 heptathlon.

Hauttekeete excelled in the high jump with a 2.10m clearance, one of six individual lifetime bests for the 18-year-old who added 78 points to Eusebio Caceres’ previous world U20 record.

'After the first day, the world record was already running through my mind. When we started calculating, we soon noticed that if I put in a reasonable performance on day two, a new record would come very close,” he told Belgian media after the competition.

“The fact that the world record was there for the taking, it gave me stress and I didn't get a good night's sleep.”

Eleni-Klaoudia Polak achieved arguably the biggest win of her career at the Greek Indoor Championships in Pireas, Athens on Saturday (13).

Polak cleared an outright lifetime best of 4.71m to defeat reigning European and Olympic champion Ekaterini Stefanidi who concluded her indoor season with a 4.61m clearance.

Fellow European champion Miltiadis Tentoglou won the long jump with 8.00m and Emmanouil Karalis marked his return from injury by winning the pole vault on countback from Konstadinos Filippidis at 5.55m.

On the track, veteran Konstadinos Douvalidis won the 60m hurdles title in 7.67 and Rafailia Spanoudaki-Hatziriga set a lifetime best of 7.23 in the women’s 60m.

Reigning world U20 champion Karyna Demidik cleared 1.94m in the high jump and Nastassia Mironchyk-Ivanova set a season’s best of 6.73m in the long jump.

Pedro Pablo Pichardo bounded out to a European lead of 17.36m on his season’s debut in the triple jump at the Portuguese Indoor Championships in Braga on Saturday (13).

At the Slovenian Indoor Championships in Novo Mesto, steeplechase specialist Marusa Mismas-Zrimsek stepped down in distance to win the 800m in a fast 2:01.65. Maja Mihalinec-Zidar won the 60m title in 7.32.

Xenia Krizsan moved to third on the 2021 world pentathlon list with a score of 4593 points at the Hungarian Indoor Combined Events Championships in Budapest on Sunday while teammate Rita Nemes put herself in contention for a spot in Torun by finishing second with a lifetime best of 4532 points.