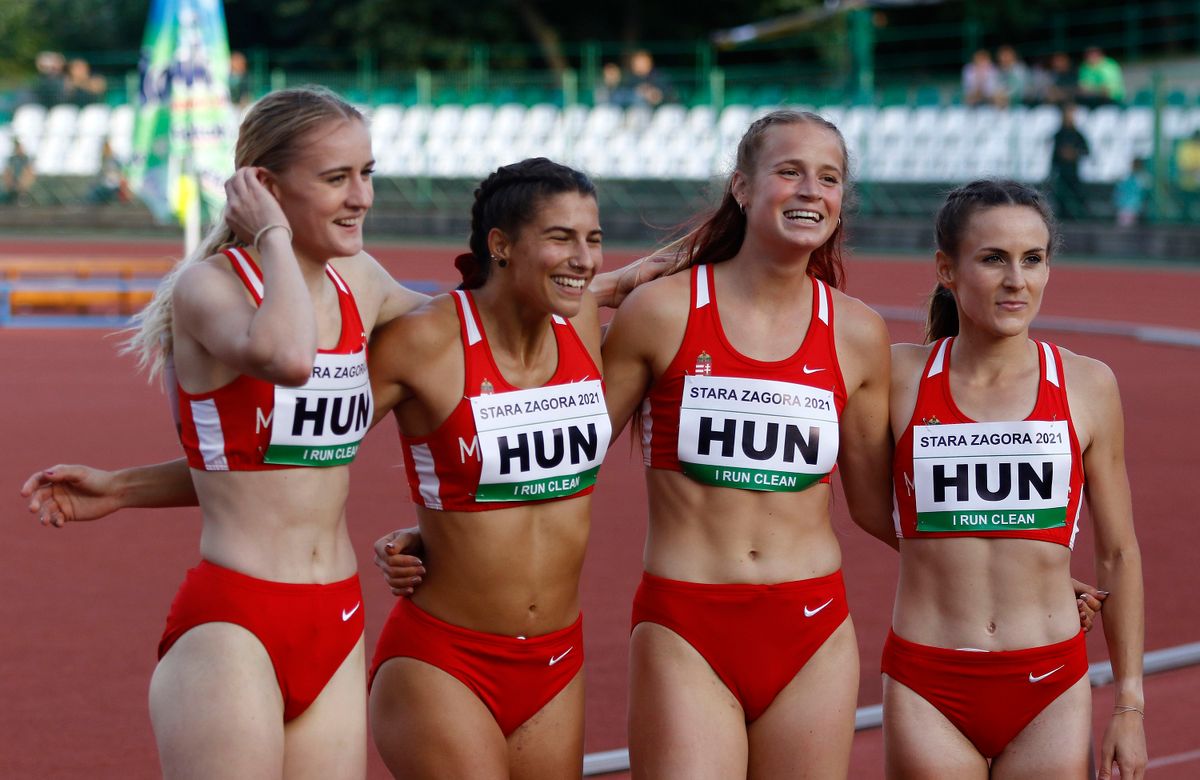 An impressive eight victories saw Hungary win the European Athletics Team Championships Second League in Stara Zagora in Bulgaria, sealing promotion to the First League along with Denmark and Slovenia on Sunday (20).

The Hungarian team racked up 255 points in the overall standings after 40 events, thanks to winning all of the women’s 100m and 400m races - both individually and in the relays - as well as the men’s and women’s 800m.

Men’s sprint success accounted for three of Denmark’s six victories with Kojo Musah taking the first victory in the men's 100m in 10.21. Musah then ran the second leg of their 4x100m team that triumphed in 39.40 before Simon Hansen, who ran the first leg of their 4x100m team, triumphed individually the following day with victory in the 200m in a lifetime best of 20.92.

Slovenia were promoted in spite of their five victories being one fewer than both fourth and fifth placed finishers Lithuania and Bulgaria. However, their consistency across track and field was key for the side that won the first and last events through European indoor pole vault silver medallist Tina Šutej and the men’s 4x400m relay quartet which was anchored by former European U23 champion Luka Janezic.

Austria and Israel did not take part due to issues surrounding coronavirus and consequently were relegated down to the Third League, as were Russia, who are still banned from competing internationally.

Sprinter Justina Csoti was particularly impressive for Hungary as she set an 11.65 personal best to take maximum points shortly after compatriot Mate Koroknai’s 50.00 run had given their country a first victory of the event in the men’s 400m hurdles.

Csoti was later part of the quartet that won the women’s 4x100m at the end of the first day in 44.38, two tenths ahead of Denmark and 1.2 seconds ahead of Slovenia, helping to cement the positions of the top three overnight. This is ultimately the way the standings stayed throughout the second day.

European U23 long jumper silver medallist Petra Farkas came in as the top-ranked athlete and she translated that form into results. However, second-best jumps were needed to separate her from Lithuania’s Jogaile Petrokaite, as both athletes had a furthest mark of 6.43m. Farkas’ next longest effort of 6.40 was therefore crucial to securing Hungary’s only field victory.

On the track, Balázs Vindics surged for home to leave Slovakia’s Jan Vukovic with no reply with a time of 1:47.83, while the overall champions officially sealed their promotion by the time Evelin Nadhazy had helped her Hungarian 4x400m quartet cross the line first following her 52.85 one-lap win which was shared with Agnė Šerkšnienė as the pair ran the same time down to the thousandth of a second.

There was no need for Lithuania to share victory in the women’s high jump though. The 2017 European indoor champion Airinė Palšytė settled into a great rhythm and managed to pull everything together to clear 1.93m at the final attempt, with home favourite Mirela Demireva coming away with a season’s best of 1.91m and second place.

Palšytė’s teammate and fellow national record-holder Edis Matusevičius lived up to his billing as the favourite in the men’s javelin as he threw 83.00m in the final field event of the weekend.

Latvia’s only victory came through Mareks Arents in the men’s pole vault. Having taken maximum points in Varazdin in 2019, the 34-year-old repeated the feat by equalling his 5.51m season’s best, having been the last athlete to enter the competition at 5.10m.

Croatia won two events including discus success for European U23 champion Marija Tolj while Iceland finished ninth in the standings but with three wins. Dutch-based Hlynur Andresson set the ball rolling with a comfortable first-day 5000m win in 14:13.73.

Baldvin Magnusson already had third in the 1500m to his name when he took to the 3000m start line on the second day and beat his rivals in a thrilling sprint finish to clock 8:01.56. European U20 bronze medallist Erna Soley Gunnarsdottir also won the shot put with 15.94m.