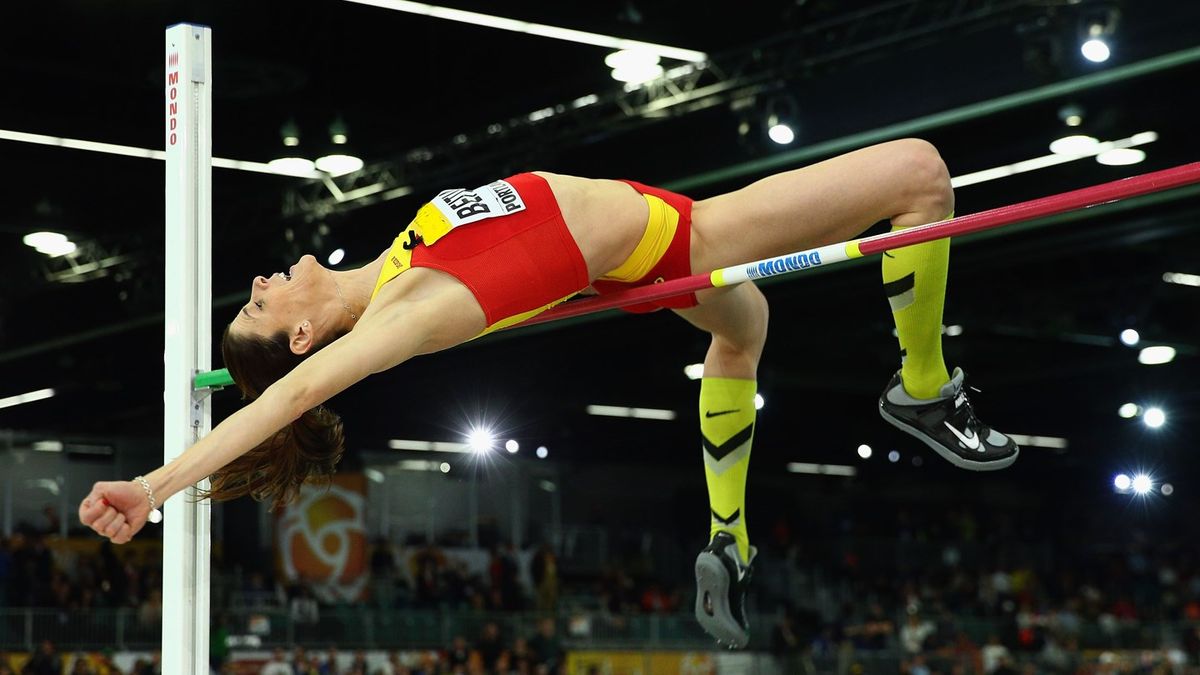 Europe won seven medals on the final day of the IAAF World Indoor Championships in Portland on Sunday, with Ruth Beitia, Jakub Holusa and Pascal Martinot-Lagarde all taking individual silvers in an event which brought four days of superb success for the continent.

Beitia on a high

Proof that age means nothing in sport was shown once more as Spain’s Ruth Beitia made the podium again - and was only beaten to gold on countback.

Beitia is 37 next week and she has another silver medal to her name in a high jump competition where American Vashti Cunningham, just 18, took the title.

To put this outcome into perspective, Cunningham was not even born when Beitia was finishing ninth in the European Athletics Junior Championships in Ljubljana 1997.

But Beitia, who will chase a hat-trick of European titles in Amsterdam this summer, remains as determined as ever.

She said afterwards: 'I came with the intention to jump two metres but I am very happy with this medal.'

It was a high jump of fine quality as Beitia and Cunningham went over at 1.84m, 1.89m and 1.93m without a blemish before 1.96m, which proved to be the deciding height.

It was here that Beitia needed two attempts and Cunningham just one and they were joined by Poland’s Kamila Licwinko, who shared gold in Sopot in 2014, and Airine Palsyte, of Lithuania.

All four women failed to go above 1.96m, with Cunningham winning from Beitia and Licwinko.

A year on from his sensational victory at home in the European Athletics Indoor Championships in Prague, Jakub Holusa produced an extraordinary last lap to win silver in a thrilling 1500m final.

Holusa was seventh of the nine runners at the bell but came powering through the field for second place with a brilliant performance.

New Zealand’s Nicholas Willis had led before he was overtaken in the home straight by American Matthew Centrowitz and then Holusa made his mark.

It was the third major indoor medal of Holusa’s career after his 800m world silver in Istanbul 2012.

France at the double

As Jamaican Omar McLeod had the edge to win in 7.41, Pascal Martinot-Lagarde took silver (7.46) in a season’s best with teammate Dimitri Bascou (7.48) just behind him.

McLeod led from the first barrier but the French stars, who were either side of him, never gave in as they earned their podium places.

In a dramatic race where the Jamaicans did not finish, Swiety had just enough to beat Razor in the last-lap battle for second place.