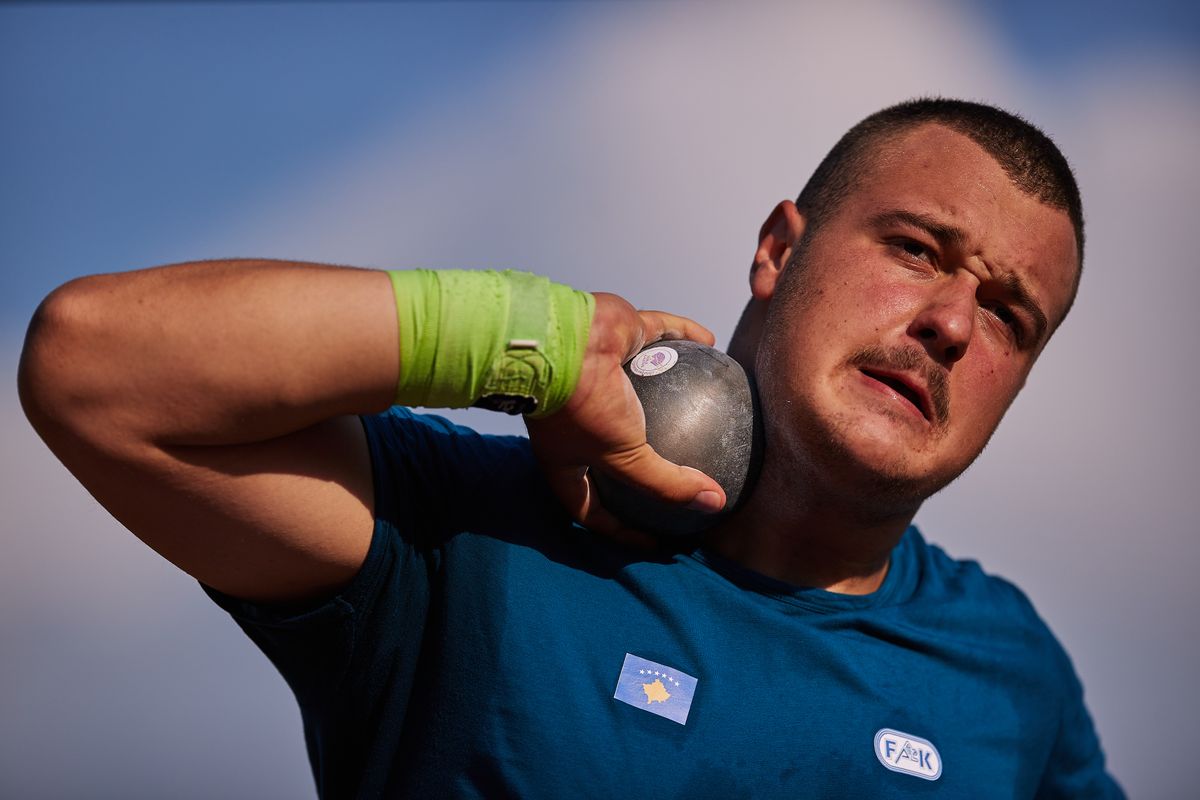 From first ever gold medallists to first ever finalists, European Athletics takes a look at some of the smaller nations who have made an impact in major championships this summer.

Ramadani made history for Kosovo at the European Athletics U20 Championships in Tallinn by becoming his country’s first ever medallist in a major European event.

And he left the Estonian capital with a gold medal after a dominant display in the shot put. Ramadani was ranked outside the top-10 based on season’s bests but he led the qualifying round before producing the four best throws in the finals - his best throw of 19.90m with the 6kg implement coming in the sixth round.

This was very much a family effort for Ramadani as Muhamet is coached by his father. Having won European U20 gold, the Ramadanis are now aiming to conquer the world.

“The field here was very strong but now I want to get to the World U20 Championships [which begin tomorrow] and I hope to get a medal there - preferably the gold medal,” said Ramadani after his win in Tallinn.

While Kosovo is European Athletics’ newest Member Federation, Andorra has been sending teams to major continenta; events since the 1990s albeit without too much distinction.

However, Nahuel Carabana put the landlocked, mountainous principality on the athletics map by winning their country’s first ever medal in a major event with bronze in the 3000m steeplechase at the European U23 Championships in Tallinn.

“Before the race I was really, really nervous. Of course I felt the pressure of being one of the favourites but lately we have been working on that. It's the first time I feel I am among the best in Europe and I managed to perform well during the race,” he said.

Having reached the rostrum in Tallinn, Carabana will now be aiming to qualify for the European Championships in Munich next summer.

After watching his Polish rival Mateusz Kolodziejski clear 2.21m and 2.23m, Kapitolnik won the title with his final roll of the dice. After two failures at 2.21m, Kapitolnik also passed at 2.23m before soaring over the winning height of 2.25m with room to spare on his only attempt to seal a historic title for Israel.

While there wasn’t a medal for Jeremy Zammit in Tallinn, there could be a medal for the Maltese long jumper in two years' time. Only 16, Zammit finished fifth in an exceptionally high quality men’s long jump final at the European Athletics U20 Championships with a lifetime best of 7.62m, a national U18, U20 and U23 record and only nine centimetres shy of the national senior record.

With this result, Zammit achieved the best ever finish by a Maltese athlete at the European Athletics U20 Championships and he is eligible to contend for medals at the next edition of the championships in Cluj-Napoca, Romania in 2023.

As a two-time world medallist in the 800m, Amel Tuka might have had higher aspirations than to simply reach the Olympic final in Tokyo. But in doing so, Tuka became the first athlete from Bosnia & Herzegovina to reach an Olympic final in athletics.

Tuka, who was also his country's flagbearer at the Tokyo 2020 Opening Ceremony, set a season's best of 1:44.53 in the semifinal before finishing a creditable sixth in the final despite struggling with a quadriceps injury.

A teen prodigy, Vukovic didn’t enjoy a seamless transition into the senior ranks but the 29-year-old fulfilled some of her early promise by clearing 1.95m in high jump qualifying to become the first athlete representing Montenegro to reach an Olympic final in athletics.

After clearing 1.95m in qualifying, Vukovic bettered this height in the final with 1.96m to finish ninth in a competition won by her contemporary Mariya Lasitskene, whom Vukovic first competed against all the way back at the 2009 World U18 Championships.