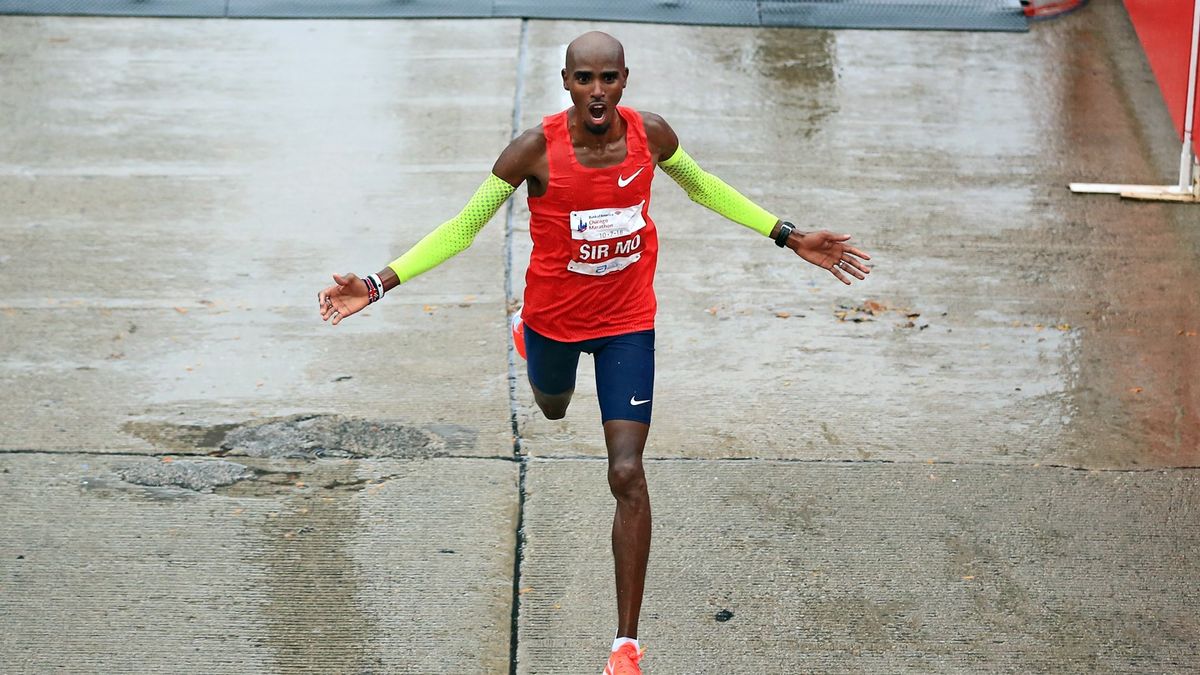 Farah breaks European record for victory in the Chicago Marathon

Mo Farah scored the first marathon victory of his career in the Chicago Marathon on Sunday (7), setting a European record and dispatching a stellar line-up in the process.

Using similar tactics to the ones he employed during his track career, Farah was almost unnoticeable in the early stages and was three seconds off the lead - and right at the back of the leading group - through the halfway point in 63:06.

“The conditions weren’t great. Everyone was thinking about position rather than the time,” Farah told reporters after the race.

After a cagey first half with 13 runners - and two pacemakers - still in contention, Farah weathered the breaks and moved past the stragglers, reaching the 35km mark in 1:44:16. The previous 10 kilometres were covered in 28:58 but Farah still didn’t exert any signs of weakness despite the increase in pace.

“At the beginning, I felt a bit sluggish but overall I’m happy with it,” said Farah, who finished third in the London Marathon earlier this year in 2:06:21.

Farah’s prospects were further embellished as two of his most dangerous rivals - reigning champion and former training partner Galen Rupp from the United States and world champion Geoffrey Kirui from Kenya - soon lost touch with Farah and a dwindling leading group.

Geremew, who won the Dubai Marathon in January in 2:04:00, kept Farah company through the 40km checkpoint and into the final mile but then the inevitable happened. Farah, who won a slew of major 5000m and 10,000m titles between 2011 and 2017, extended his stride effortlessly and opened up a gap of 13 seconds on the sole challenger in less than a mile.

Farah, 35, covered the second half in 62:05 to revise the European record. On his upcoming plans, Farah said: “Just take time off with my family and enjoy time with my wife and kids. I’ve been in a training camp for two months so I haven’t seen them for a while.”