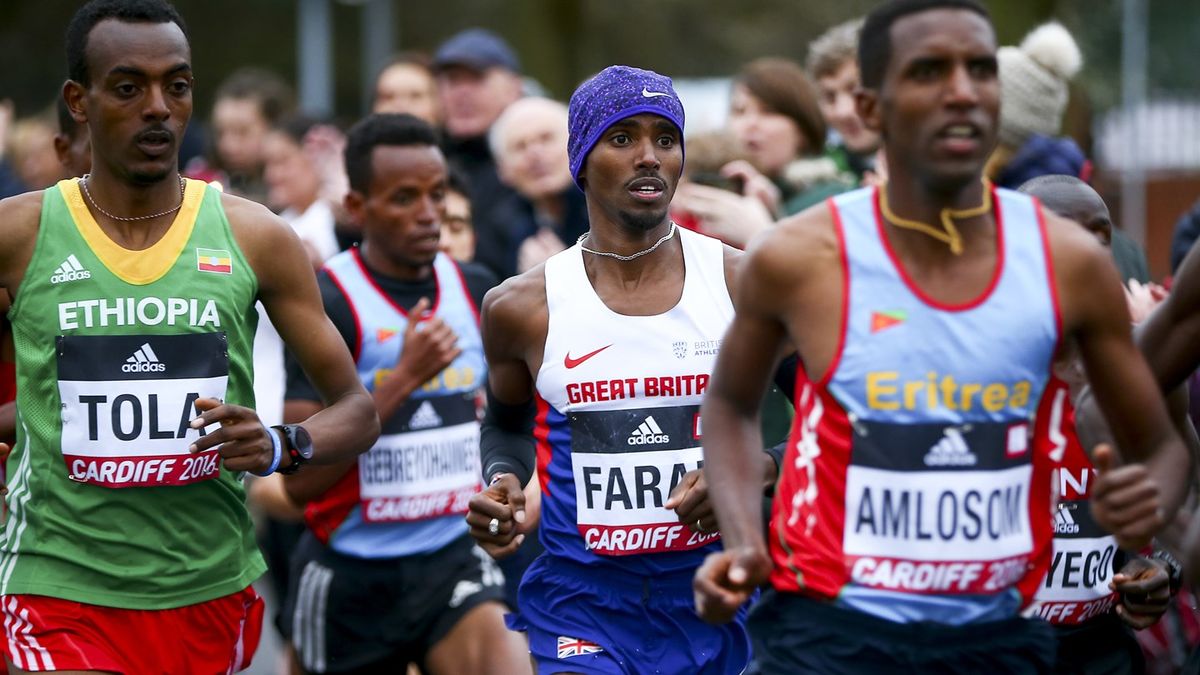 Mo Farah had quite an afternoon in Cardiff as he won bronze at the IAAF World Half Marathon Championships.

Farah was never in contention for gold in an extraordinary race as Kenya’s Geoffrey Kamworor successfully defended his title after falling at the start.

But he got himself up, helped by those in the mass field of 16,000 runners behind him, and he powered through to triumph.

Yet such was the pace of the race that during it Farah broke the European 15km road best that had stood for 22 years.

He went through that barrier in 42:03, overtaking Jon Brown’s old mark by 36 seconds.

Yet even at that stage today, Farah was still 22 seconds behind Kamworor and fellow Kenyan Bedan Karoki, who had taken the event by storm.

Storm actually being the operative word because then the rain came lashing down in Wales to such an extent it slowed the athletes down. In the chasing pack, Farah shielded himself behind the taller figure of Kenya’s Simon Cheprot.

The Briton had been in the lead group, back in sixth, at 5km, a second behind Kenyan trio Edwin Kiptoo, Kamworor and Karoki, with France’s Sidi-Hassan Chahdi (14:19) the next best European in 15th.

By 10km the gap had grown by five seconds, with Farah in seventh, before Karoki and Kamworor stretched away.

In the end, Kamworor showed no signs of a problem despite his fall and won in 59:10 from Karoki (59:36) and Farah, who used his normal sprint finish to take bronze (59:59) from Ethiopia’s Abayneh Ayele who had the same time.

'There was great support from the home crowd, so it would have been nice to have come away with a win,' said Farah.

'The better athlete won on the day, they went for it and I could not quite follow.

'It was an incredible pace, from the 10km splits you can see they were going for it. For quite a bit of the race I was alone. It was a fast time but as an athlete, you always want to win.'