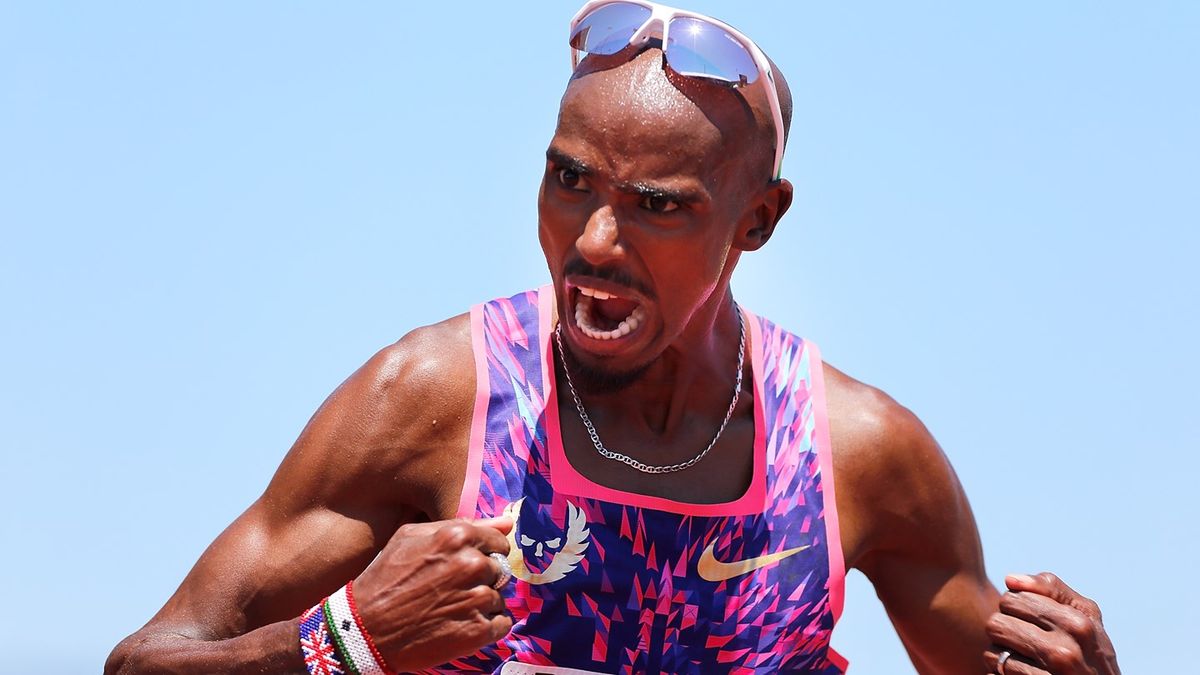 Mo Farah demonstrated he has no plans to relinquish his world titles this summer with a blistering performance at the IAAF Diamond League in Eugene on Saturday, his last ever track race in the United States.

In a field of 29 - packed with potential dangers - Farah, 34, bided his time before moving to the front with menace with 800m left. As his closest rivals attempted to go past him, he had that extra power to fend them off on the last lap before injecting the pace needed to secure victory in the home straight.

And it is a win that will tell the world he is preparing for more glory in just over two months time.

'There was a lot of pressure on me,' said Farah, speaking to ocregister.com. 'There were a lot of people doubting me, ‘Mo’s getting old.’ It was just better to let your running do the talking and that’s what I am good at.

'I have a target on my back, as I always do, because I have been on the top of my game for the last five years. Everybody wants to beat me.'

However hard everybody tries over the 5000m and 10,000m, they never succeed in beating him and he is determined to keep it that way in this his final season as a track runner.

World record-holder Renaud Lavillenie was second in the pole vault with 5.81m, defeating Poland’s Piotr Lisek on countback, as American Sam Kendricks won with 5.86m. World U20 record-holder Armand Duplantis from Sweden, 17, was fourth on his Diamond League debut with a 5.71m clearance.