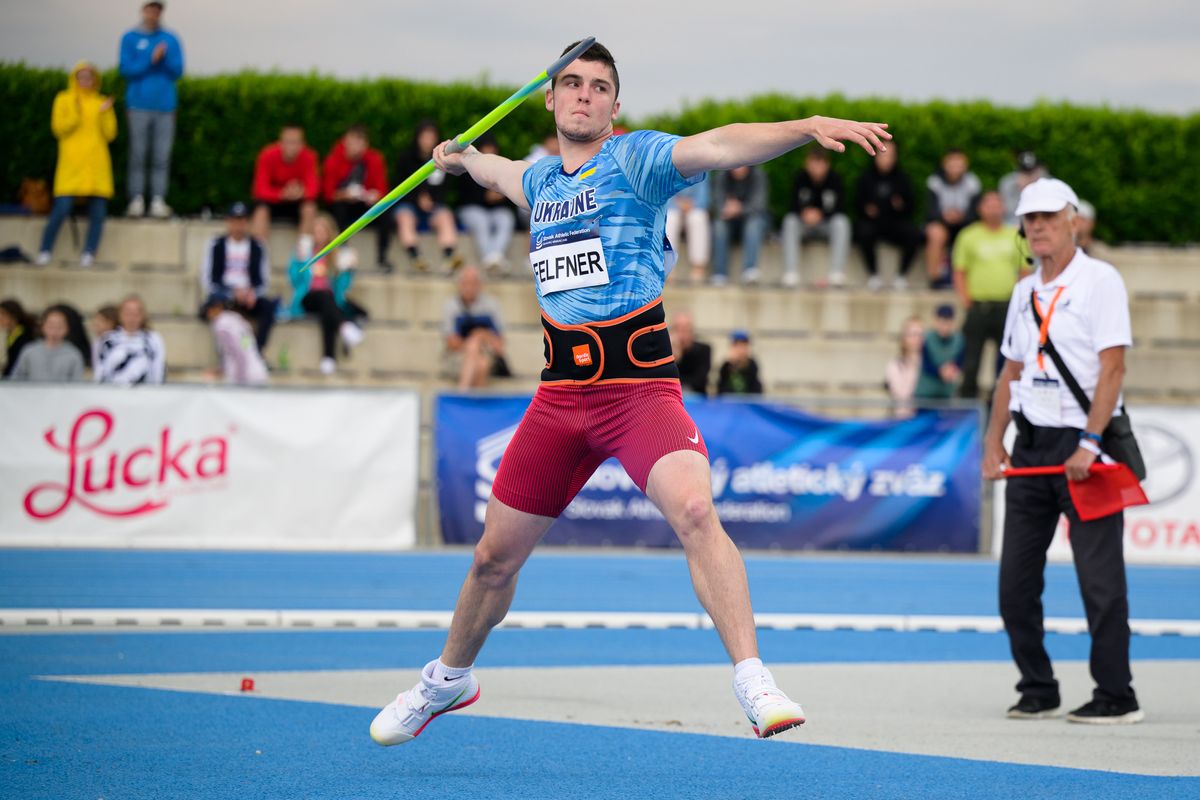 Felfner scares European U20 javelin record with 84.32m in Samorin

Still only 18, reigning European U20 champion Artur Felfner came within half-a-metre of the European U20 javelin record at the P-T-S Meeting in Samorin on Thursday (9) evening, a World Athletics Continental Tour Silver meeting.

The Ukrainian threw an excellent lifetime best of 84.32m in the fifth round to finish a close second to reigning world champion and 2022 world leader Anderson Peters from Grenada with 85.85m.

Felfner moves to second on the European U20 all-time list which is headed by Latvia’s Zigismunds Sirmais (84.69m) and fourth on the world all-time list with Olympic champions Neeraj Chopra (86.48m) and Keshorn Walcott (84.58m) comprising the list.

In the long jump, an event which is named after the late Eva Suranova who won a bronze medal in the 1972 Olympics, Germany’s Maryse Luzolo won again with a lifetime best of 6.71m in the sixth round which elevated her from third to first. On the track, Mette Gravesgaard won the 100m hurdles in yet another Danish record of 12.92 and there was a European double in the 800m with Italy’s Catalin Tecuceanu and Great Britain’s Jenny Selman taking the victories in 1:46.07 and 2:03.43 respectively.

The women’s hammer was staged the day before the main programme on Wednesday (8) and a high calibre event yielded two national records. Sara Fantini revised the Italian record books with her winning effort of 74.86m with Katrine Koch Jacobsen following suit for Denmark with 74.22m - a national record by over three metres.

From a non-European standpoint, the highlight was world indoor 1500m champion and record-holder Gudaf Tsegay winning the 5000m in 14:31.91.