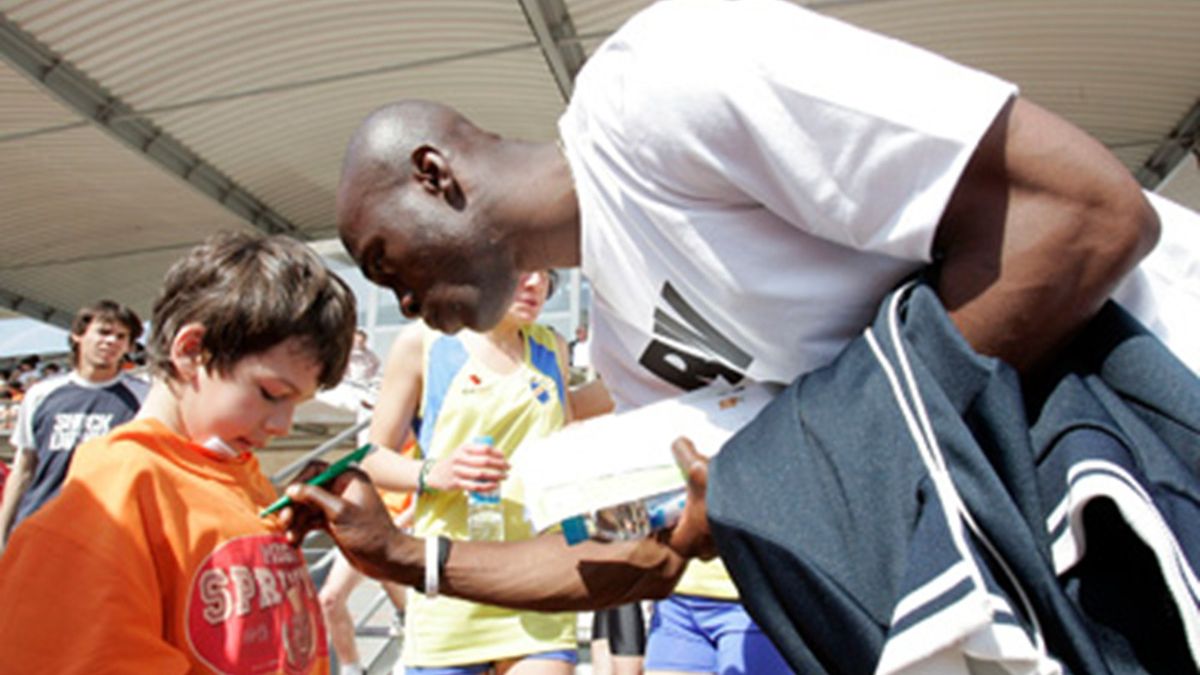 Working together with the Portuguese athletics federation and the Ministry of Education in 2004, he launched a national programme, called Mega Sprinter, to identify athletic talents for the future. He has stayed involved as the programme has gone from strength to strength and attracted thousands of participants from schools around the country.

“Of course, we would like to find those who have the potential to be a star like Francis,” says Carlos Santos, Technical Secretary of the Federation, “but our first aim is to engage a lot of children in athletics and strengthen the place of the sport in our schools.”

Mega Sprinter has three phases – school, regional and national. In the school phase children sprint 40m in tests organised by physical education teachers during school sports lessons. Teachers identify the two fastest boys and girls from each class, who then attend athletics camps set up by the schools.

In the second phase, the fastest students from the local camps attend one of 28 regional camps. These are held in February or March of each year. In 2008, for example, these attracted around 15,000 participants.

Finally, the best from the local camps attend a national camp, held in May, which this year had some1,000 participants.

For Santos, the most positive outcome of the programme has been the increased visibility of athletics in schools: “as young people in Portugal remain in school until the age of 17 or 18, Mega Sprinter brings them into contact with athletics for a number of years.’’

One result has been strong growth in participation. Since the launch of Mega Sprinter the number of licensed athletes in Portugal has risen from 10,760 to 13,556.

“The programme is not the only reason, but I’m sure that it has been an important factor.’’

The federation is now talking to potential commercial sponsors and in 2008 extended the Mega Sprinter concept to include the long jump (Mega Jump) and a 1000m run (Mega KM). It is producing a series of posters, some showing scoring tables developed from the results of the sprint tests taken at the district camps and others showing images of running and jumping. These will be circulated to all schools.

With a strong foothold in the schools and good visibility among youngsters, the federation is also turning to the next challenge.

“We have the capability to introduce the sport to large numbers of children,” says Santos, “now we have to develop our means for sustaining interest and fighting the drop-out problem.”