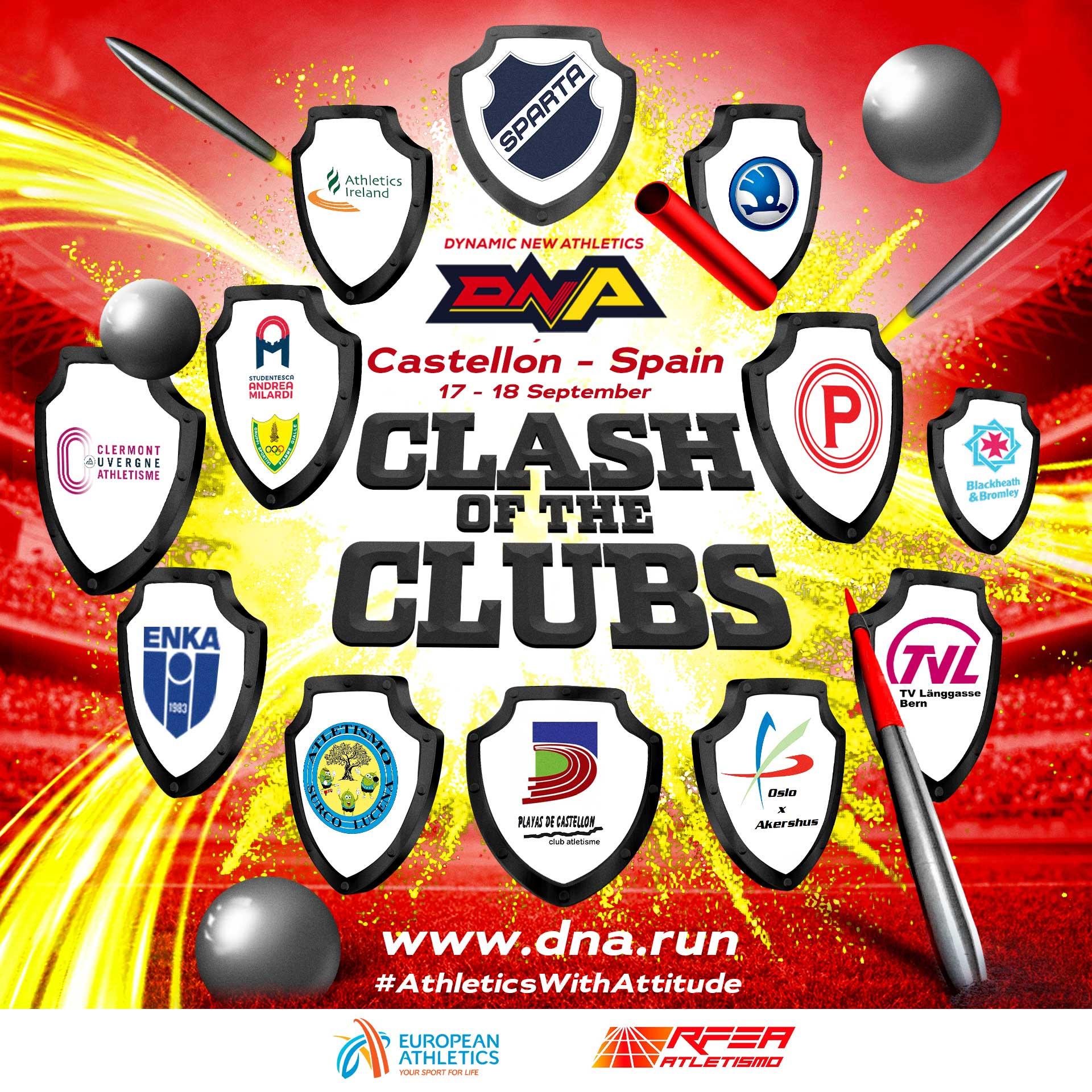 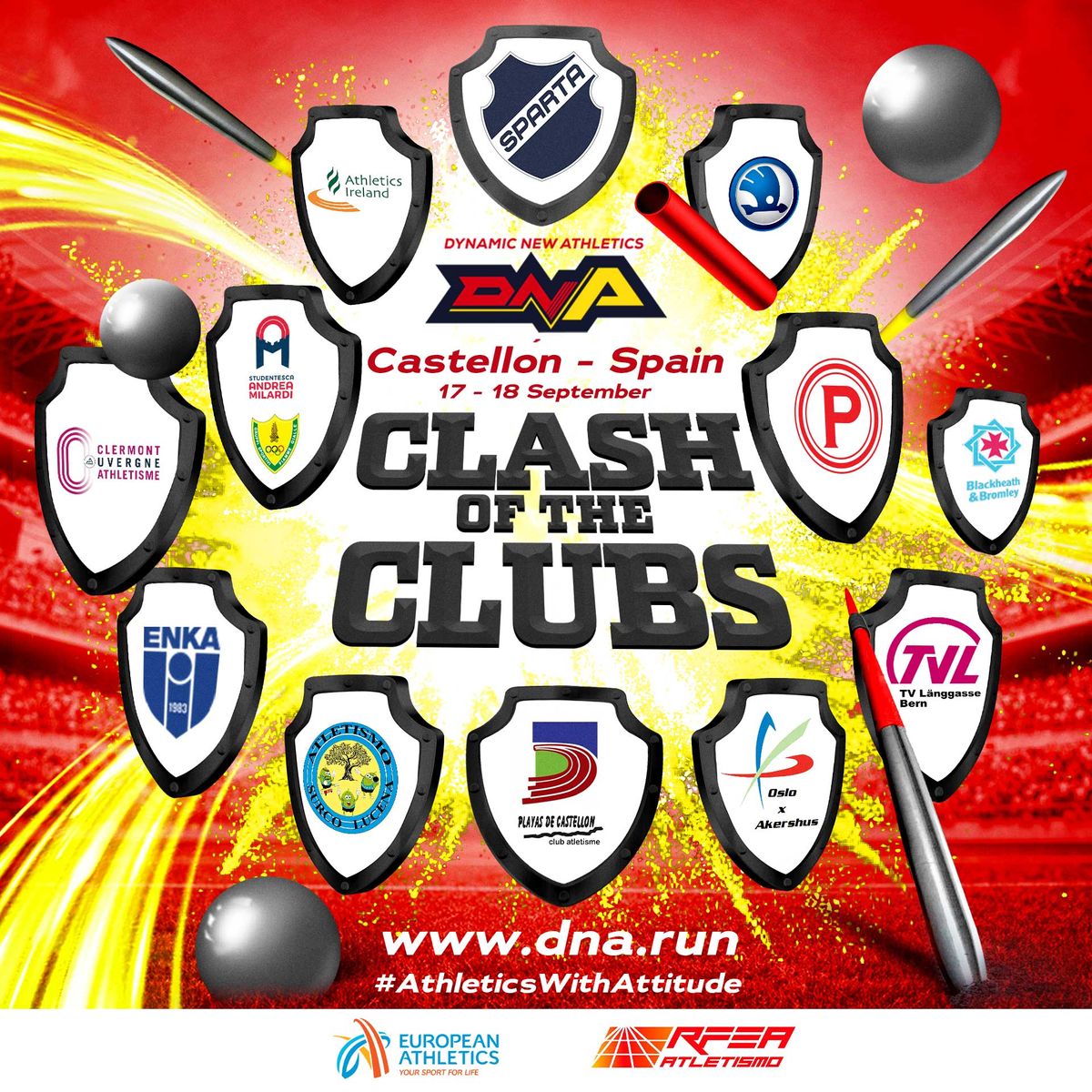 With less than 80 days to go, European Athletics and the Royal Spanish Athletics Federation (RFEA) are ramping up preparations for the first European DNA U20 Clubs competition in Castellón, Spain on 17-18 September.

The event in Castellón will be a milestone in the delivery of the DNA concept.

“The Glasgow event and, before that, the 2019 launch in Minsk established that elite, senior athletes and hardcore fans really enjoy DNA once they experience it and see what it is all about,” said European Athletics Vice President Libor Varhanik, who is the DNA project steering group chairman.

“Now we want to learn how well we are reaching two very specific target groups: U20 club athletes and younger potential fans who will be watching on their smartphones. The results will help inform us of the direction we need to take in the future.”

Building on Glasgow’s successful communications campaign, which used the tagline ‘Athletics with Attitude’, the pre-event promotion for Castellón will be social media-focused and highlight young competitors selected by their clubs with the aim of attracting a big audience for the live stream of the event, which will be available via several platforms.

RFEA President Raul Chapado, who is also a member of both the European Athletics Council and the DNA project steering group, sees the U20 event as an important element of his federation’s long-term strategy to attract and retain young athletes.

“The DNA format is already well established in Spain. We have delivered DNA national championships for both senior and U20 teams and this summer we introduced the concept in Spanish schools with a project we called ‘Jungle Athletics’. I am sure that Castellón will help to increase its popularity.” he said.

In addition to Spain, who will field two 18-athlete (nine men/nine women) teams – the host club and CD Surco Lucena - ten European Athletics Member Federations have confirmed the participation of their leading clubs in their countries for the 12-team, tournament-style competition.

Day 1 (17 September) will see two 2.5-hour preliminary matches of 12 disciplines for six teams each, leading the teams qualifying for either the A or final on the following day.

Day 2 (18 September): the final team positions in each match will be determined by the last race – ‘The Hunt’ medley relay – which starts from a staggered start based on the points scored in the first 11 events.

Following the event in Castellón, European Athletics and the RFEA will co-host an online Jungle Athletics/DNA conference to promote the project and develop plans for the continued roll-out of DNA in 2023, which could include an international clubs’ event for senior athletes.

Athletes, club leaders and other members of the athletics community are invited to join the conference, ask questions, and learn more about DNA.

For further information on the DNA U20 Clubs competition, the conference and the DNA project itself see www.dna.run. 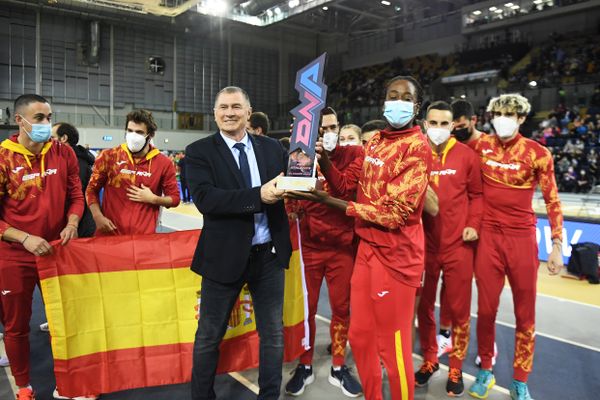 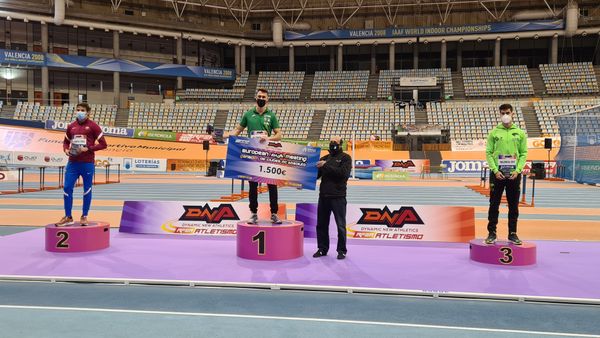