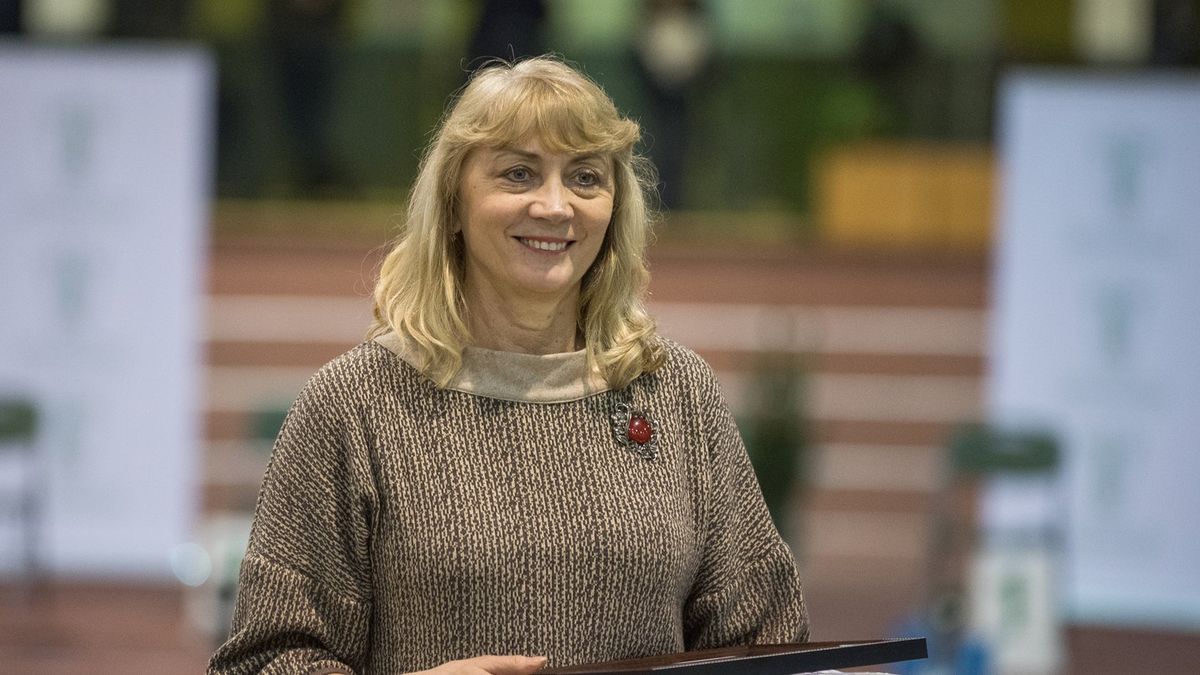 This feature is the second in a new series in which we profile the outstanding recipients of the Women’s Leadership Award.

Female athletes might have equality on the field of play but there is an unquestionable disparity in many other areas of the sport. The Women’s Leadership Awards recognise outstanding women who have excelled as a coach, volunteer, administrator or elected official.

The Women’s Leadership Awards were created in 2009 and remain an important strategy to promote the development of women leaders and gender equity in athletics. Last year, 19 women representing 19 Member Federations were recognised for their outstanding contributions to athletics.

Being nominated for a Women’s Leadership Award was particularly poignant for Nijole Medvedeva as she was presented with her accolade in front of her friends, family and colleagues at the Golden Tracks award ceremony in Vilnius, Lithuania last October.

“That was a really incredible feeling being nominated during the Golden Tracks evening. I was so grateful that my work and efforts are valued,” she said - not that Medvedeva plans to rest on her laurels.

“At the same time this evaluation entitles me to keep on working, trying harder and keep on improving. I say thank you to everybody for trusting me.”

Medvedeva was one of the first women to rise to the position of Vice President and General Secretary of a European Athletics Member Federation, a post which she has held at the Athletic Federation of Lithuania since 2009.

Not only is she a former world class athlete in her own right, Medvedeva pursued a successful career in business after retiring from athletics before taking up the directorship of well-known Vilnius-based sports club Cosma.

Having such an expansive background both within and outside the sport - and in a variety of functions as well - means Medvedeva fully understands the needs and perspective of all stakeholders associated with the federation.

“No doubt, it helps a lot,” she said. “I know the needs of the athletes very well and what sort of conditions are required for them. I understand it from the athletes’ point of view, and from the point of view of the administrative staff as well.

“I think it is also much easier for me to realise all of the coaches’ concerns, matters and questions. I always try to help, assist them not only as an official, but also as a person and a former athlete.”

Nijole Medvedeva was one of the first women to rise to the position of General Secretary and Vice President of a European Athletics Member Federation.

She encourages more women to follow in her footsteps. https://t.co/EhshrEdEo3 pic.twitter.com/D1sZXDTYEj

Medvedeva’s main responsibilities include liaising with the Lithuanian Olympic Committee and governmental institutions as well as with the IAAF and European Athletics to further develop athletics in Lithuania. She also led a delegation which presented to the European Athletics Council in Berlin earlier this year about their activities and their vision as part of European Athletics’ Focus Federation Programme.

“I feel very happy that I have managed to collect a wonderful office team of like-minded people, with whom it is a pleasure to work. I am very happy that I am our national team leader and I do my best to support and help our athletes in their preparations,” said Medvedeva.

Female athletes in Lithuania have excelled across the sporting programme in recent years but Medvedeva is rueful of the fact that women are still insufficiently represented away from the field of play.

“As far as it goes, the results of Lithuanian women are very high and quite often better than men‘s achievements,” she said. “But in administration, only in the past four years has the number of women started to increase and take the leading positions.”

Medvedeva, however, was one of the first woman in Europe to break the glass ceiling in this domain, ascending to the position of Vice-President nearly a decade ago. As she has risen up the hierarchy, Medvedeva believes she has had to work harder in order to prove herself in a largely male-oriented environment.

“Definitely there have been many times I had to be stronger than my male colleagues and be able to express and defend my positions in different situations,” she said.

“I felt, that my position on different issues, ideas, suggestions were valued unfavourably and not really accepted. Another point, which is actually still relevant today, is that in the financial regard, men are very often valued higher than women.”

On her advice to women looking to rise to the top in a leadership position, Medvedeva is clear. “I would say: be brave, have trust in yourself and believe you are able to cope with the difficulties, accept the challenges and never be afraid to tell your opinion,” she said.