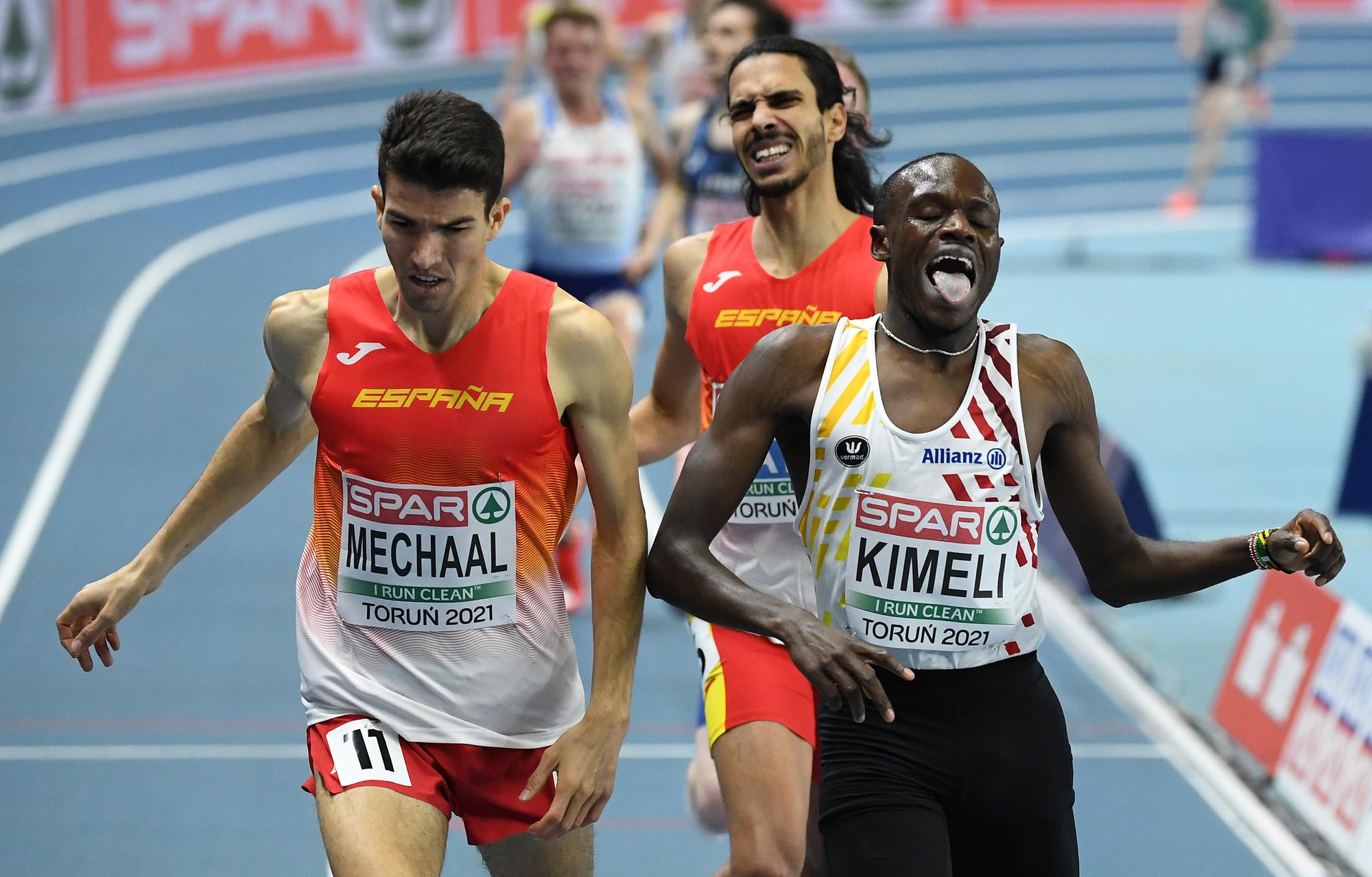 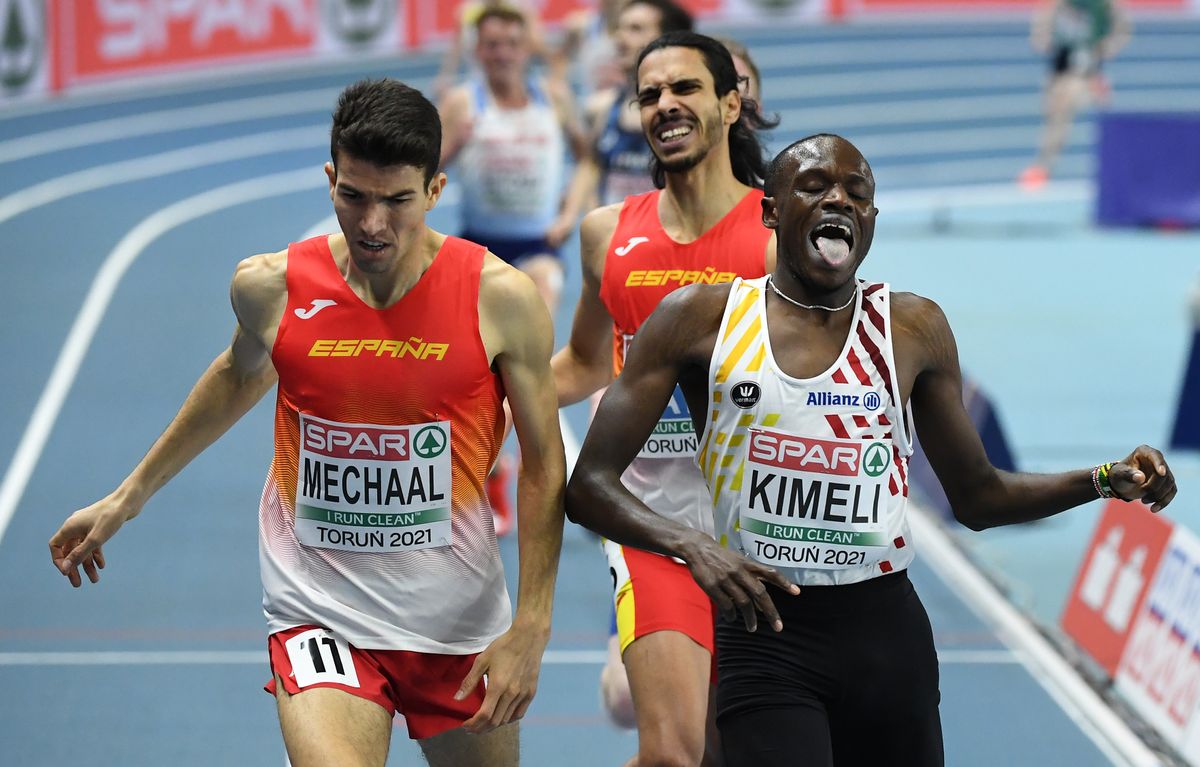 Following triumph in Torun and disappointment in Tokyo, Kimeli aims to finish season on a high in Dublin

Isaac Kimeli is eagerly looking forward to his third appearance as a senior at the SPAR European Cross Country Championships in Fingal-Dublin on 12 December.

First and foremost Kimeli wants to fight for a place in the top ten but the Belgian with Kenyan roots, who won an individual senior silver medal in Tilburg three years ago, isn’t ruling out a return to the podium at the Sport Ireland Campus.

Ask Kimeli to describe 2021 and you will get "with ups and downs" as a response. After a silver medal behind the seemingly invincible Jakob Ingebrigtsen in the 3000m at the European Athletics Indoor Championships in Torun, the 27-year-old’s train seemed to be on the move especially after he ran the second fastest 10,000m by a European athlete in 2021 in early May with 27:22.70.

"Everything actually seemed to be going well. After a difficult start to my winter season, I went to Torun with a lot of confidence. I never said openly that I was aiming for a medal, but I knew I stood a chance.

“Winning my first senior medal was a great accomplishment, but I was already looking forward to the summer season. The 10,000m in Stockholm at the beginning of the season made me think about giving that distance a shot in Tokyo,” he said.

After the highlights of Torun and Stockholm, Kimeli had trouble finding his rhythm. At the Tokyo Olympics he had to settle for 18th place in the 10,000m. He never came close to making the 5000m final and to make matters worse, Kimeli returned to Belgium with an Achilles tendon injury. "I had some struggles after my first shot of the COVID-19 vaccine, but that was not the reason for my performances building up to the Games. In hindsight I might have been better off putting everything on the 5000m in Tokyo.

“Regret always comes afterwards, of course. Because of my performance at the Olympics, I was hoping to prove myself in international races after the Olympics. I was in good shape and knew I was ready to set personal records over several distances. The injury to my Achilles tendon however put a stop to that."

After his summer season ended prematurely, Kimeli traveled to his native Kenya to build a house and gently build up his strength for the winter season. At the end of October, he started his cross country season with a seventh consecutive victory at the prestigious CrossCup Relays together with his training buddies Simon Debognies and Robin Hendrix.

"The preparation for the cross country season was not ideal until then, but I felt that everything would be fine at the end of November when the race that decided on the places in Dublin was planned. In training I recorded times that I have never achieved before at this time of year. That is why I was able to start in Roeselare with the necessary confidence,” he said.

Kimeli made his mark in an exceptionally tough cross country race. After about halfway through the race he accelerated, and nobody could follow him. He seemed to be on his way to victory without any problems, until he came to a halt in the last couple of hundred metres and Michael Somers rushed past him. However, he did not have to fear for a place in the Belgian team for Dublin.

"I was strong in Roeselare, but in the last lap it became difficult. I had to slow down a bit and the victory slipped out of my hands. Luckily, I could put it into perspective, because the mud like we experienced in Roeselare is not really my ideal surface. My confidence hasn't changed a bit because of that race,” he said. The 27-year-old has already won an individual medal in every age group at the European Cross Country Championships, including gold in the U23 race in 2016 ahead of Spain's Carlos Mayo and Amanal Petros from Germany. Kimeli dreams of adding another medal to his collection but knows the competition will be fierce.

"If you just see who is going to show up at the starting line, you know it won't be easy. Cross country remains an unpredictable event, but I expect a lot from names like Jakob Ingebrigtsen and Jimmy Gressier. Add a few strong Spaniards, Italians and Brits to the field and you realise that earning a spot on the podium will not be easy.

“My initial goal is to finish in the top ten. Of course, I try to motivate myself even more with beautiful memories. Especially when I think back on my silver medal in Tilburg in 2018, I hope to experience it again. I fear that we are going to fall short in the battle for a possible team medal as we miss another strong name like Soufiane Bouchikhi or Robin Hendrix for example, but I do think we stand a chance to finish in the top five."

However, Kimeli regrets the fact the Belgian team will be largely devoid of female representation. While full teams will be sent for the men’s U20, U23 and senior races, only one Belgian woman has been selected individually.

"It is particularly unfortunate that the female U23 and senior athletes have to stay at home. Especially because young athletes look up to them. For those young people it is extra motivating to see their idols and role models at work. If you disappoint athletes year after year, you cannot expect the next generation to be motivated in the upcoming years.

“In 2017, I experienced that myself as I was not allowed to go to the European Championships due to an inferior performance at the selection competition. I could have helped my country to win a team medal, but instead I had to watch all the races on television. I do hope our country is willing to make changes in the future,” he said.

Kimeli is already looking ahead to 2022. Besides goals on the indoor track, he wants to get revenge next summer after a nightmarish experience at the 2018 European Championships in Berlin where he inadvertently knocked over a cone and stepped on the in-field which cost him his fifth place.

"After Dublin, there will be a short rest period. I will then travel to Kenya with some members of my training group for altitude training. Indoors I would like to prove myself at the World Indoor Championships at 3000m but of course, the focus is on the summer season.