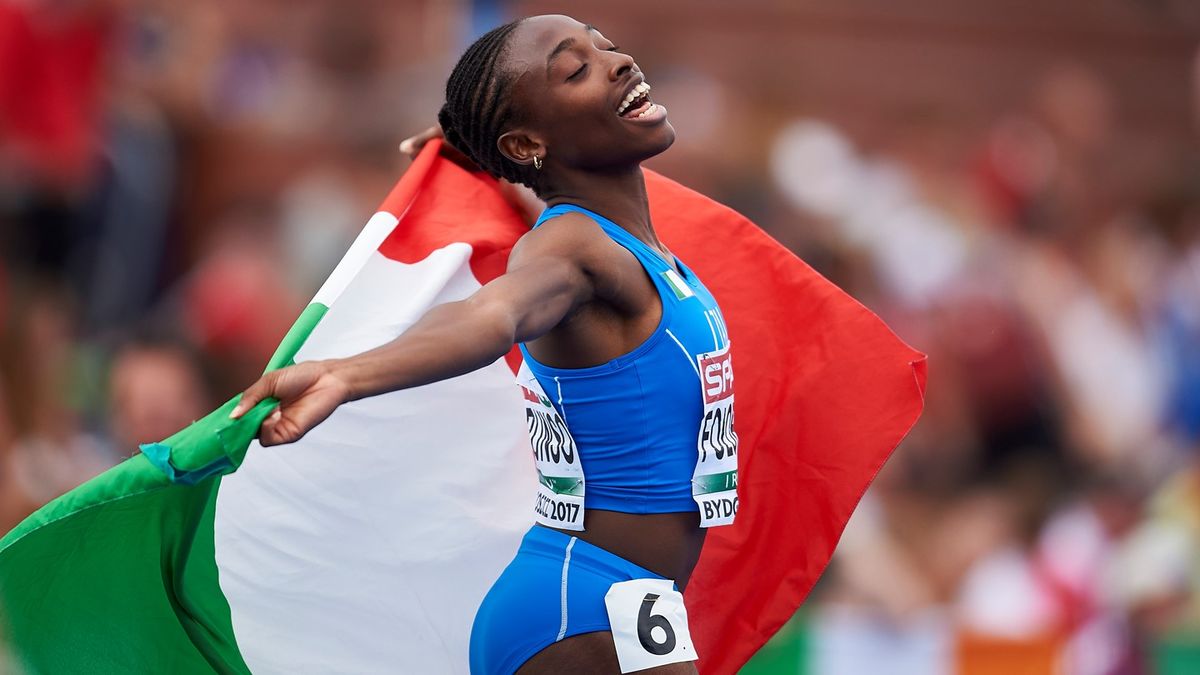 “Challenging, changing, interesting” is how Italian 400m hurdler Ayomide Folorunso has described the last eight months ahead of The Match Europe v USA in Minsk on 9-10 September.

This season has been as frenetic as it has been rewarding for the 22-year-old who has been balancing her burgeoning athletics career with her ongoing medical studies at the University of Parma.

A prospective medal contender in the 400m at the Glasgow 2019 European Athletics Indoor Championships, Folorunso’s individual ambitions came to grief in the semifinal when she suffered a clip off the final bend which knocked her to the track but the tears were followed by triumph two days later when she won bronze in the 4x400m relay.

Folorunso was also part of the bronze medal-winning team in the 4x400m at the IAAF World Relays in Yokohama, Japan in May but arguably her greatest triumph thus far came two months later at the World University Games in Naples where she retained her title in the 400m hurdles, breaking the 55 second-barrier for the first time with 54.75.

This performance puts her third on the 2019 European list - and tenth globally - and an e-mail which informed her that she would be part of Team Europe at The Match soon landed in her inbox.

“I was absolutely delighted,” said Folorunso. “It was not a complete surprise because I checked the European rankings and I was really hoping to make the team. It was a bit of surprise only in the sense that my coach added this competition as part of my race plan this year and I was a bit sceptical about my chances [of making the team] but I’m so glad my coach is spot on as usual.”

The American team is headed by Olympic bronze medallist Ashley Spencer who boasts a lifetime best of 53.11 but Team Europe will also be close to full strength in Minsk.

Folorunso joins forces with the three medallists from the Berlin 2018 European Athletics Championships - Switzerland’s Lea Sprunger, Ukraine’s Hanna Ryzhykova and Great Britain’s Meghan Beesley - and she takes an introspective view on what it means to join the medal-winning triumvirate in the Belarusian capital.

“Being on the team with the 2018 European medalists brings home the quality of the work I’ve done this year, considering my 400m hurdles semifinal in Berlin sticks in my memory as one of those races that went regrettably wrong.

“I don’t know any of my teammates too well but I’m a bit more friendly with Lea because we’ve had more contact at races and my coach has also had the opportunity to compare ideas with her coach so that helps. I sincerely hope The Match will be a good opportunity to make some new friends,” said Folorunso.

Folorunso is indeed looking forward to supporting and cheering her fellow Team Europe athletes but she doesn't expect the dynamics in her individual race to be particularly different.

'It will still be pretty much an individual race but the fact it will be Team Europe against the United States might make us a bit kinder to each other. Personally it won’t change much for me: I think competition is competition once we get behind those starting blocks but I will definitely cheer on for my teammates to get the best results; I will just be hoping selfishly to do a bit better than them,” she said.

Folorunso is still only 22 but she brings with her a wealth of experience to Team Europe. She finished fourth at the European Championships in Amsterdam as a teenager and the upcoming IAAF World Championships in Doha will already be her third World Championships after making her debut in the 4x400m in 2015 when she was 18 having been there as a 'benchwarmer' in Folorunso's own words.

Folorunso has improved her lifetime best in the 400m hurdles at least once in seven of the last eight seasons but she is candid in her admission that juggling her athletics with her studies - she aspires to be a pediatrician - is not without its challenges.

“The most challenging part for me is time management,” she said. “Sometimes I successfully share my time between these two demanding and time consuming events but most of the time I honestly struggle and fail. As time goes on, being a world class athlete and being a medical student both clamour for more time and more energy and I have to choose one over the other at turns, trying not to burn the candle too much at both ends.

“I strongly feel I can make it, firstly by the grace of God and I’m also very grateful for my dream team that helps to share the load and supports me every step of the way: it is mostly a matter of prioritising and making some hard decisions and I have their one hundred percent support all the time.

“Initially I put my studies first over things like warm weather training camps for various justifiable reasons but this past two years I’ve had to recheck my priorities and rearrange my schedule accordingly. Since studying is a very important part of my evolving as a person I’m not abandoning it anytime soon and all in all I really love what I am doing no matter how challenging,” she said.

And the next big challenge for Folorunso will be to secure as many points as possible for Team Europe in the 400m hurdles in Minsk on 10 September.