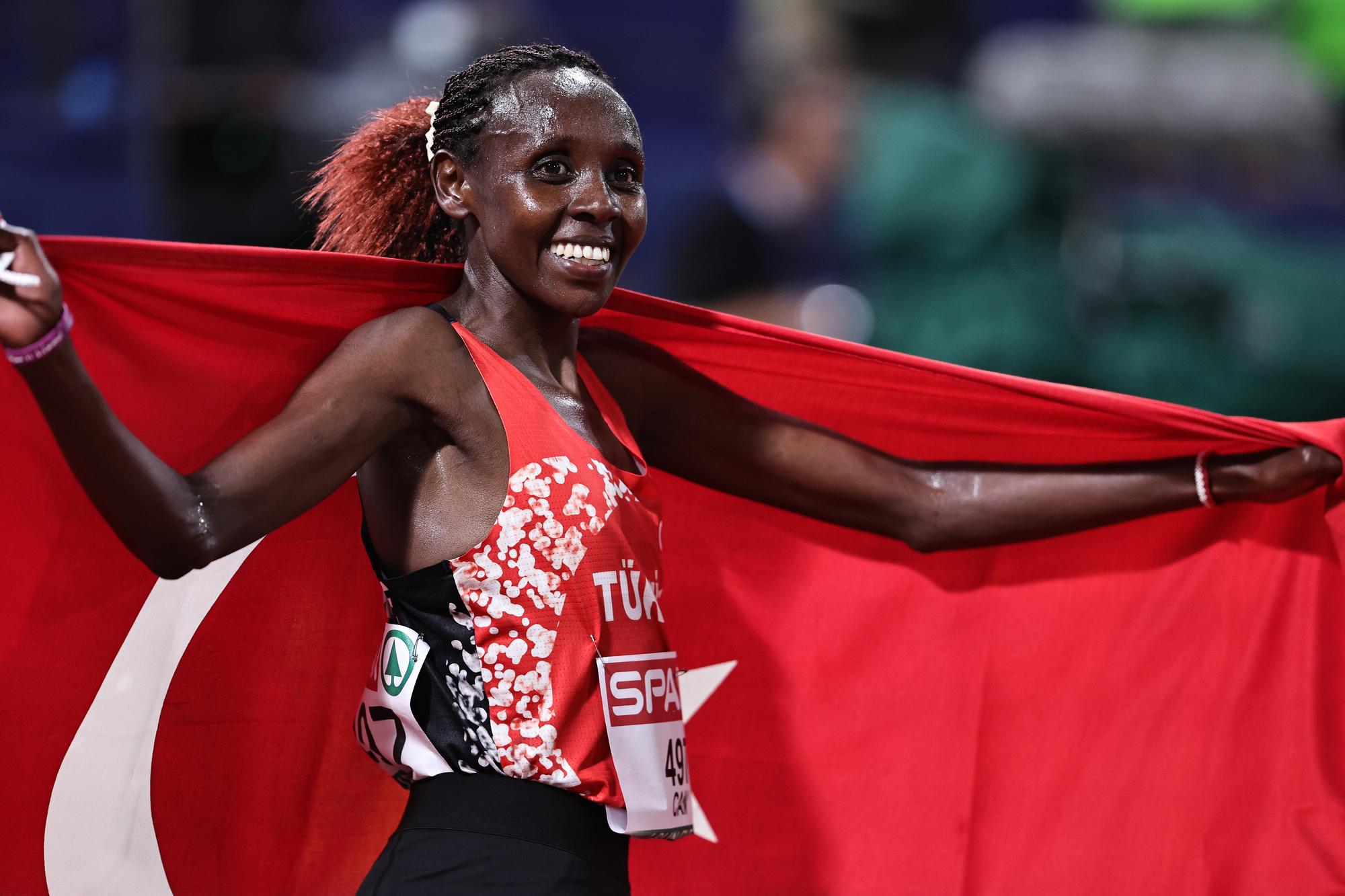 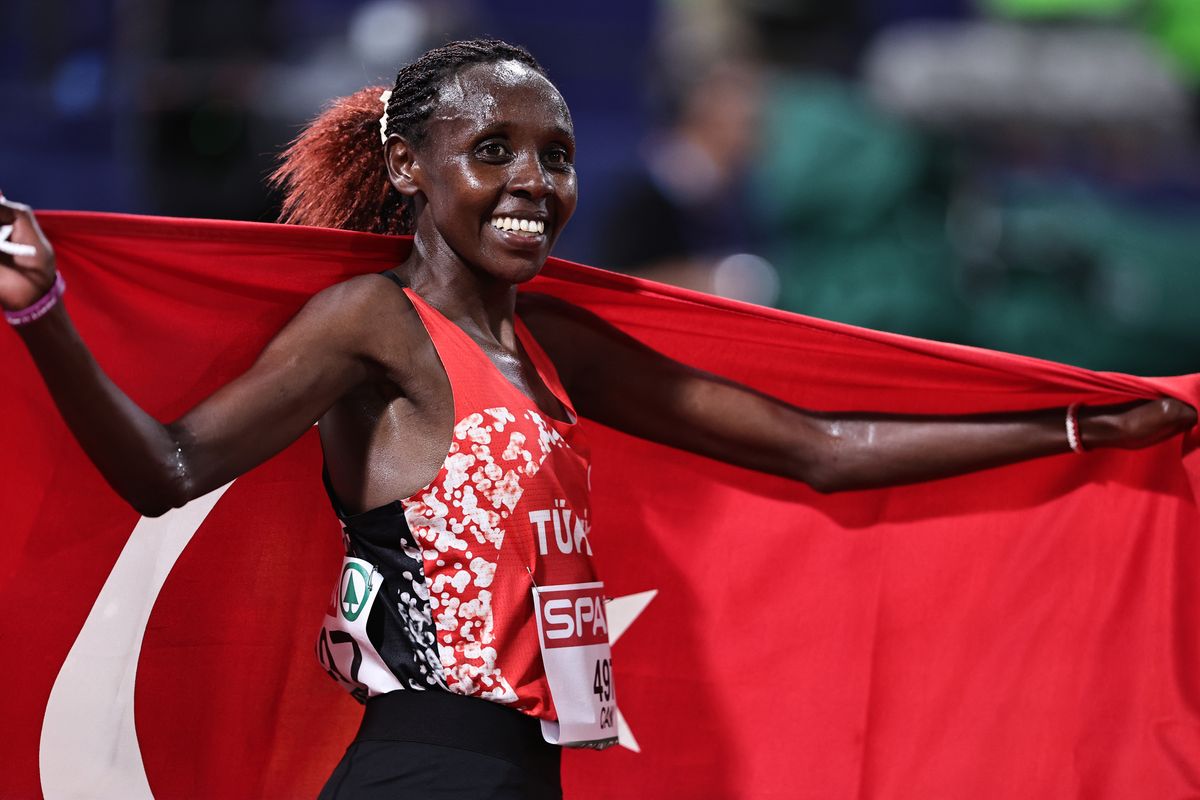 Former champion Can regains her 10,000m title with masterful surge in Munich

Turkey’s Yasemin Can, who completed a 5000/10,000m double at the 2016 European Championships, recaptured the longer title at the Munich 2022 European Athletics Championships on Monday (15) after breaking decisively clear with seven laps remaining of a race where Great Britain’s Eilish McColgan added silver to Commonwealth 10,000m gold she collected earlier this month in Birmingham.

Can, 25, finished in 30:32.57 at these championships which are part of the wider multi-sport European Championships, with McColgan coming home in 30:41.05 after running stride-for-stride with Israel’s defending champion Lonah Chemtai Salpeter for almost seven laps before moving clear with 200 metres remaining. 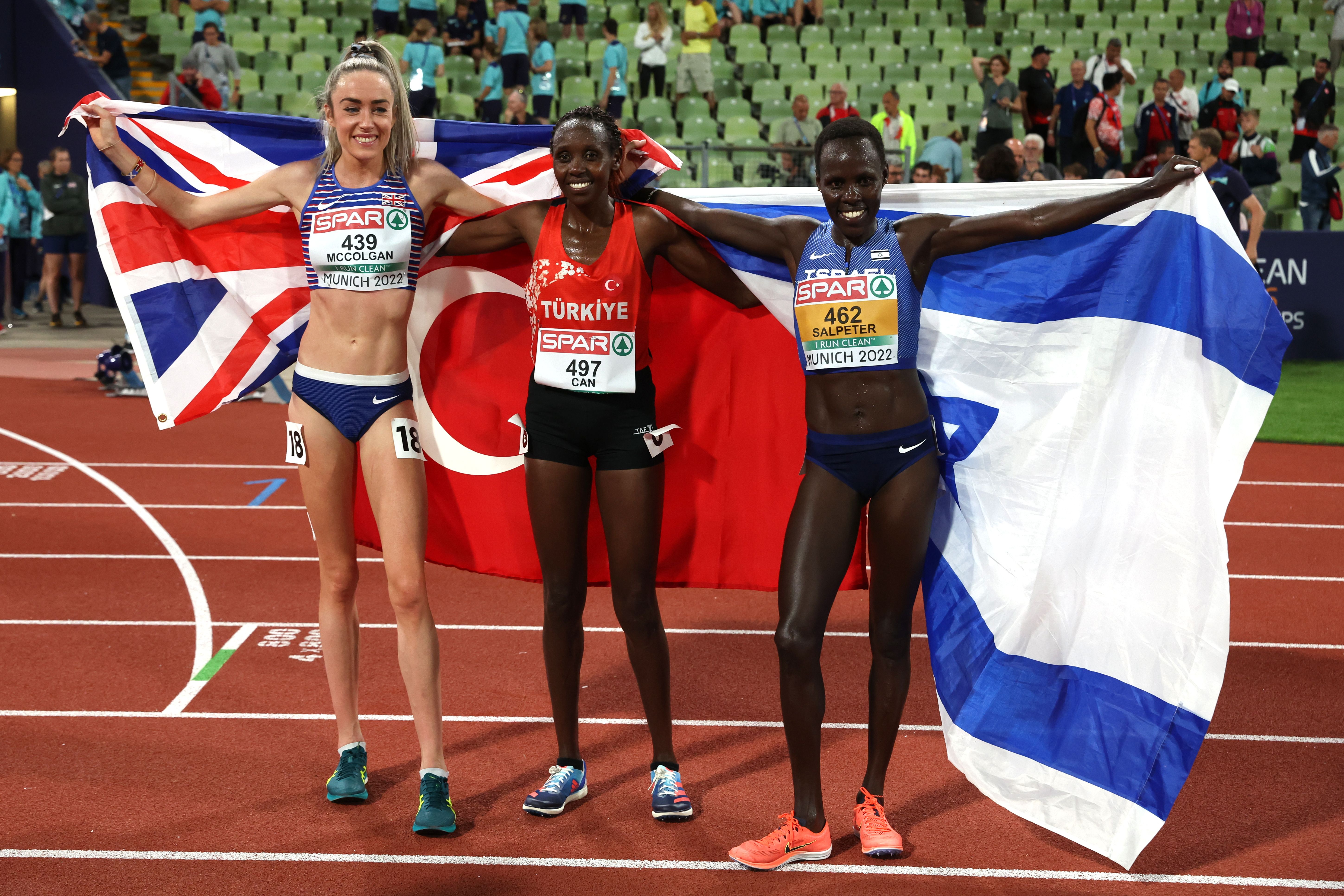 Coming off a bronze medal in the marathon at the World Athletics Championships, Salpeter took bronze in an Israeli record of 30:46.37, lying prostrate after her efforts, with home runner Konstanze Klosterhalfen finishing fourth in 31:05.21, one place ahead of Israel’s Selamawit Teferi - whose husband Maru Teferi had won men’s marathon silver for Israel earlier in the day.

As is her wont, McColgan had pushed through to the front of the race to make it honest, her ponytail swishing, turning the pack swiftly into a ribbon of runners. With 20 laps to go, only four others were in touch with her - Can, Klosterhalfen, her fellow Briton Jessica Judd and Salpeter.

McColgan, buoyed by her Commonwealth successes, looked strong and relentless, leaning into the task – but she wasn’t shaking any of her three challengers off as the clock ticked down. Something, some time, had to give.

And with seven laps to go it did, as Can accelerated to the front and swiftly established a 15 metres lead which had grown 30 metres with six laps to go.

Klosterhalfen dropped back, with McColgan and Salpeter setting themselves up for the silver battle.

But Can was away and clear and won her second gold medal at this distance by almost the entire length of the home straight. And she will seek to make it another long distance 'double double' later in the championships in the 5000m.

"It is a very important result for me also because I did not start at the World Athletics Championships so I feel hungry for competing. I want to try the double and to run the 5000m as well," said Can.

On her bold, brave but ultimately successful surge with seven laps remaining, Can commented: "At 3000m, I was starting the kick. I was a bit worried they will get over me but I had a good feeling and I managed it. This year is really good for me. We will see what is coming up for me." 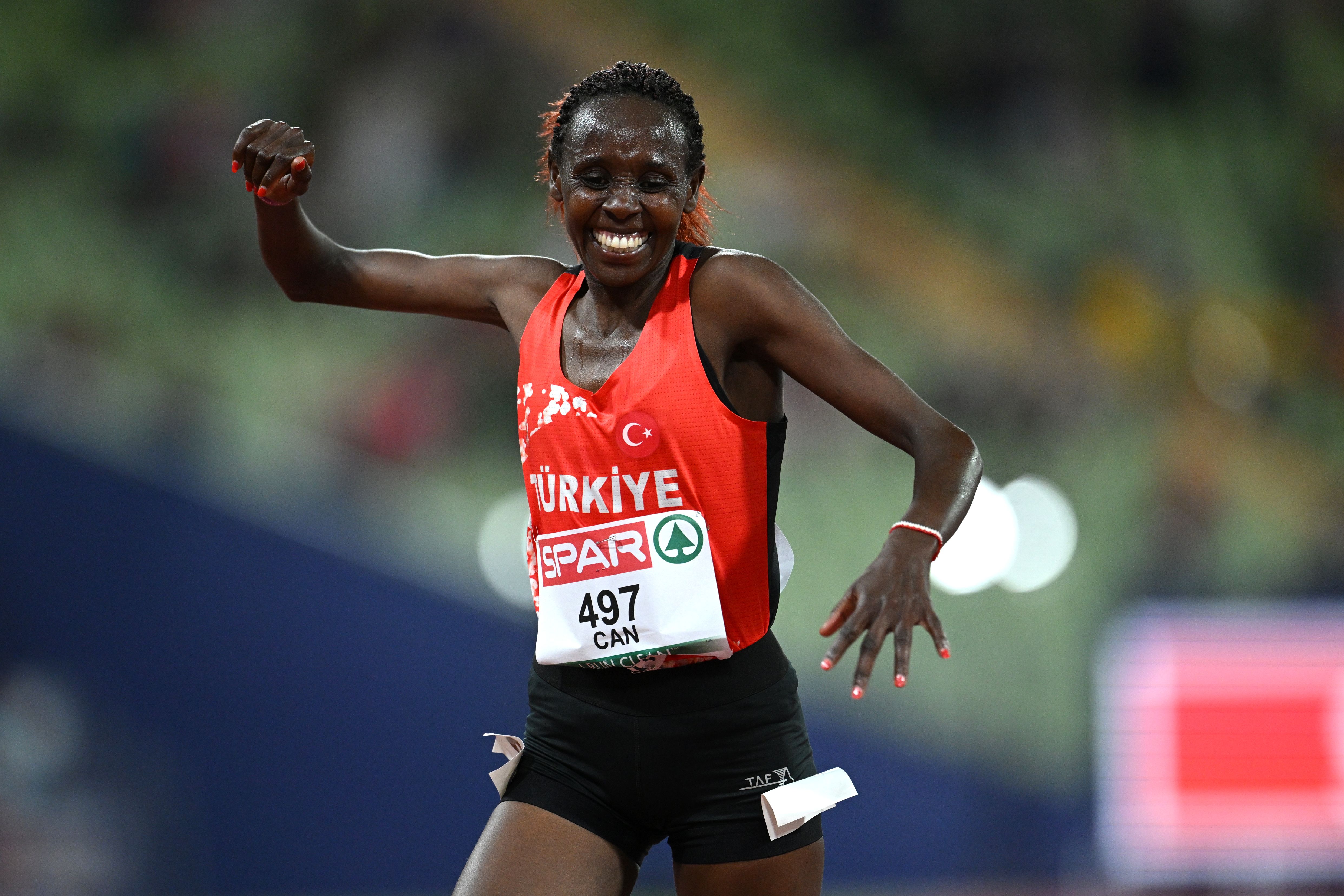 Can is due to cross paths with McColgan in the 5000m later in the championships but the Brit admitted she was tired from her exertions at the World Athletics Championships in Oregon and Commonwealth Games in Birmingham where she contested both the 5000m and 10,000m.

"One of the toughest things has been gearing yourself up for more championships. We had such a high, and a lot of lack of sleep, so many emotions after that race [in Birmingham], the late night racing, and a whole lot of media which I am not really used to - 7am to 2pm on your feet - then, doing it all again for the 5K at the Commonwealth Games. To come here again, and try the whole emotions again it was probably a big ask to win a medal, but I did it.

"Deep down, I would have liked to be European Champion, I have silver already, but I gave it my best, so I can walk off the track saying that I am proud of that," said McColgan.

One race down, two to go for reigning champion Ingebrigtsen

Norway’s Jakob Ingebrigtsen, starting his defence of the 1500m title he won along with the 5000m version at the Berlin 2018 European Athletics Championships, made a thoroughly professional job of winning the first heat ahead of Thursday’s final.

The 21-year-old Olympic 1500m champion – and world 5000m champion - began very deliberately at the back of the group, keen to avoid any possible early trouble, and with two laps to go he had moved up by one place as Britain’s Jake Heyward, ninth in the Tokyo 2020 final, set the pace at the front.

At the bell there was some bumping and jostling but Ingebrigtsen, who will also contest tomorrow night's 5000m final, came around the final bend he drifted to the front like a natural force, acknowledging his win 30 metres from the line before crossing with a pumped fist in 3:38.48.

Heyward finished one place outside the four automatic qualifying spots in 3:39.30 and faced an anxious wait.

The second heat was won in style by Poland’s Michal Rozmys, eighth in the Tokyo 2020 final, who made a decisive move around the final bend and came home well clear to win in 3:37.36. He will carry Poland’s middle distance hopes in the absence of the now-retired Poles Marcin Lewandowski and Adam Kszczot.

The next three home earned minor qualification slots – Britain’s Matthew Stonier in 3:38.37, Azeddine Habz of France in 3:38.47 and Ireland’s Andrew Coscoran in 3:38.74.  And the good news for Heyward, who squeezed through as the last time qualifier.

Davide Re of Italy was – just - the fastest qualifier for tomorrow’s men’s 400m semifinals, winning his heat by seven thousandths of a second from Switzerland’s Ricky Petrucciani as both recorded 45.26.

Top 12-ranked European athletes in events between 100 and 400m, including the sprint and 400m hurdles, are given a bye into the semifinals which means Great Britain’s defending champion Matthew Hudson-Smith will enter the calculations at that point along with Femke Bol, Natalia Kaczmarek among others in the women’s equivalent.

Pavel Maslak of the Czech Republic, who won gold in this event in Helsinki 10 years ago and has since secured three world indoor titles, moved through to the semifinals as a minor qualifier thanks to his season’s best of 45.92 in the fourth and final heat.

In the first round of women’s 400m racing Poland’s relay stalwart Iga Baumgart-Witan was fastest qualifier in 51.09, from France’s Amandine Brossier, who clocked 51.26, and Britain’s Laviai Nielsen, who finished in 51.60.