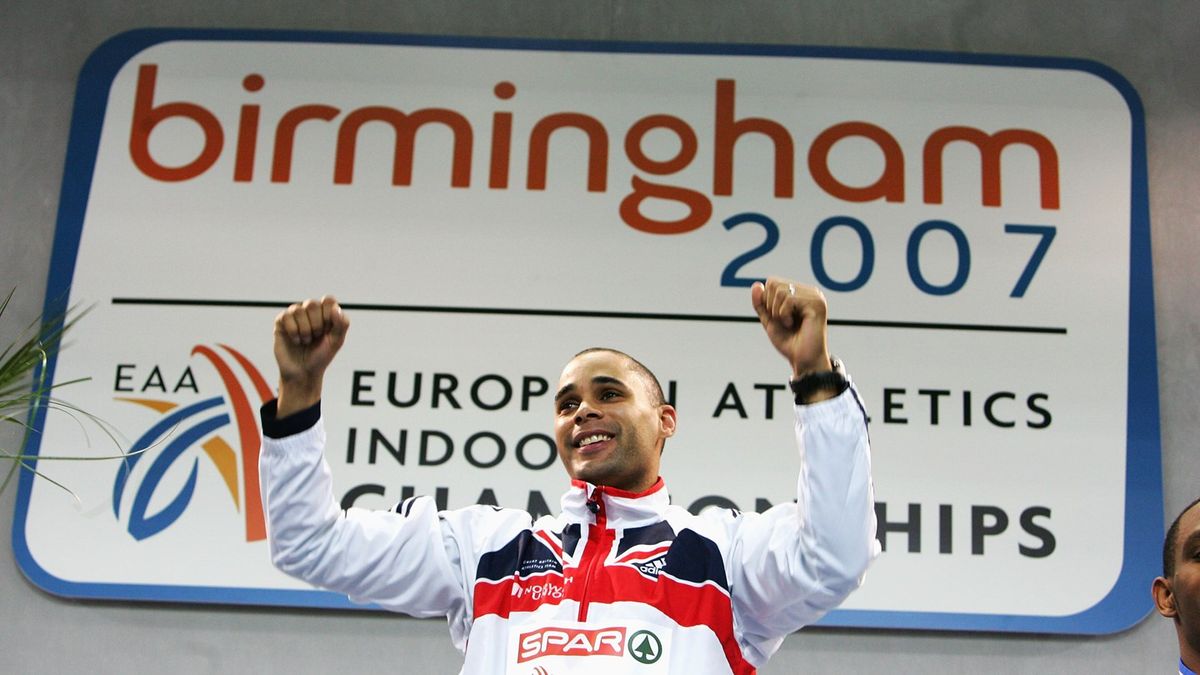 Jason Gardener, who set Great Britain’s men on their way to Olympic relay glory in Athens 2004 and won European 60m gold four times, has been named as the new President of UK Athletics.

Gardener, 40, will take over when long-serving Lynn Davies, the 1964 Olympic long jump champion, steps down in December.

'I am extremely honoured to be offered this role but more importantly to follow in the footsteps of Lynn, who has served the sport in exemplary fashion over the years,' said Gardener.

'I am incredibly fortunate to have been able to wear the British vest on so many occasions and now to be able to serve athletics in this way – I really am delighted.'

Gardener will give up his position as a director on the board of UK Athletics for this new role, with London building up towards staging the IAAF World Championships in 2017.

As a sprinter, Gardener will always be remembered for one of the most famous nights in British athletics history when the men’s 4x100m relay team triumphed at the Olympic Games in Athens.

Gardener made a great start in the final, handing the baton to Darren Campbell who then fed Marlon Devonish before Mark Lewis-Francis brought the team home in 38.07, just edging out the USA, led by Maurice Greene, by 0.01.

But there was much more to Gardener than this moment.

Between 2000 and 2007 he was the dominant European force in the 60m indoors, winning the title at the European Athletics Indoor Championships on four occasions.

His first triumph came in Ghent before he then defended the crown in Vienna 2002, Madrid 2005 and Birmingham 2007. In between, he also won the world indoor 60m gold in Budapest 2004.

Davies said: 'I am delighted that Jason Gardener will be taking over from me. With his competitive background in the sport as an Olympic champion, coupled with his engaging personality and his experience as a board member of UK Athletics, he possesses all the qualities required to be a successful President.'