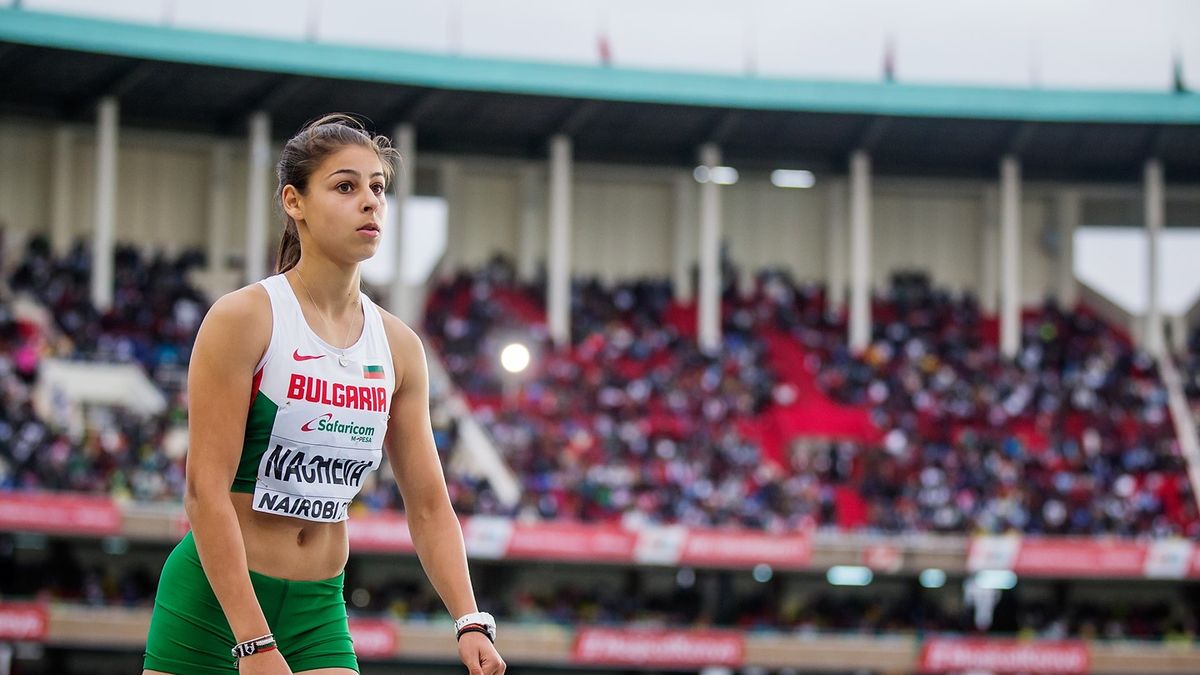 Getting to know Aleksandra Nacheva

For most athletes, the forthcoming European Athletics U18 Championships in Gyor, Hungary, will represent their first taste of international competition but Bulgaria’s Aleksandra Nacheva can already boast a wealth of experience at continental and global level.

Nacheva won a silver medal at the IAAF World U18 Championships in Nairobi last July with 13.54m and only six days later - and competing against athletes up to four years her senior - the Bulgarian extended her best to 13.64m at the Grosseto 2017 European Athletics U20 Championships.

Nacheva, who was only 15 then, was in a medal position up until the sixth round. She just missed out on a bronze medal after Great Britain’s Naomi Ogbeta leapt 13.68m with her last jump but she will still be eligible for the 2019 European Athletics U20 Championships in Boras, Sweden.

But next up for Nacheva is the European Athletics U18 Championships where she looks set to extend Bulgaria’s rich tradition in the event. She has already jumped a wind-aided 13.88m this season and a wind-legal 13.80m.

When did you start athletics and how did you discover the triple jump?

I started training at 9 years old when I was in the second grade. My favourite event then was the long jump but when I was 15, my coach decided that I was ready for triple jump.

What is your favourite thing about the triple jump?

The thing is that you can change the whole jump with one little movement. The triple jump is one of the toughest events, so you have to respect it in order to allow yourself to enjoy it.

If you weren’t a triple jumper, which event would you compete in and why?

Even now I'm still competing in the long jump too but besides these two events, I would prefer to compete in the hurdles because I have run them before.

What are your favourite and least favourite training sessions and why?

My favourite, of course, are the jumping sessions because I can improve my technique and see what level I am at. And the least favourite are the sessions in which we run more than 150 metres, just because I am not born for running over 60m!

Who is your sporting hero and why?

Usain Bolt but, in my opinion, anyone who has won more than one Olympic title is a sporting hero.

Who has been the biggest influence in your career so far?

There are two: my first coach Iva Prandjeva who created me as an athlete and my current coach Stoiko Tsonov [coach and father of Bulgarian international Georgi Tsonov who has a 17.03m PB] with whom I hope to achieve great success.

What is the proudest sporting achievement of your career so far?

The silver medal from the World U18 Championships in Nairobi last year. It was a great competition. I still hope to hear the anthem of my homeland but I'll try to make it happen soon.

Do you have any special talents away from athletics?

I love drawing and I think I will study graphic design after graduation. I am also very good at skiing but when I became a kind of professional athlete, I had to make a choice - so I don’t do skiing anymore.

What are your expectations at the European Athletics U18 Championships?

I still do not know what to expect because I haven’t been jumping outdoors much this year. I guess it will be a very well contested competition and I hope to find a place among the medallists.

Away from athletics, what are your hobbies?

I like to ride my bike, do rollerskating, go to the cinema, meet friends - when I'm not in a training camp or training, of course.

What music are you listening to at the moment, and what is your favourite workout track?

I listen to pop music; my favourite singer is Ed Sheeran. Aside from that, I also listen to our pop-folk music.

What is the last film you saw?

What is your favourite show to binge watch?

Survivor. My previous coach has been in it twice.

What is your favourite app?