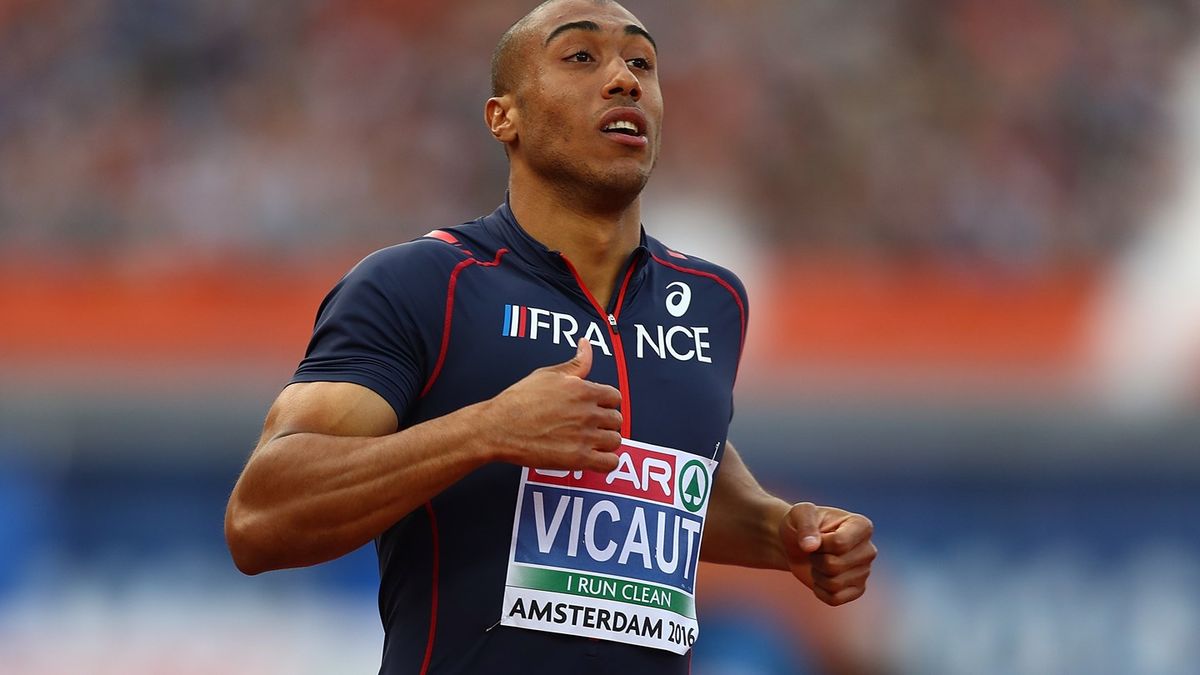 Gold is the only objective for Vicaut in Berlin

When you are a sprinter, there is no margin for error. The gun fires and that is it. It is now or never. It has to be that precise, that focused.

It is probably why, when Jimmy Vicaut looks ahead to 2018 and what he hopes to achieve, there is no room for the slightest err on the side of caution.

“I have never been European champion before. I finished second in 2012, I was injured in 2014 and I finished third in 2016,” he said. “The title is essential. Sport is not an exact science but I am training to be the best European over 100m.”

It is over eight months until the stadium hushes as the finalists line up for the men’s 100m final at the Berlin 2018 European Athletics Championships. There is nothing like it. It is so quiet - until a split second later when the gun fires and the sprinters drive from their blocks and the decibel levels grow with every stride.

Berlin 2018 will be extra special. The German city is staging the athletics competition as part of the first multi-sport European Championships in conjunction with Glasgow. With the blue track and the history resonating from the venue, Frenchman Vicaut wants to join the true greats of track and field.

Let us not forget what Berlin’s Olympic Stadium means when it comes to 100m sprinting: Jesse Owens at the Olympic Games in 1936 and Usain Bolt’s world 100m record of 9.58 at the IAAF World Championships in 2009.

The city has never staged the European Athletics Championships before, so the 100m winner will become a legend. By the summer, Vicaut - who is the joint European record-holder with Francis Obikwelu at 9.86 - will be 26 and he feels this is his moment to take that step up to the top of the podium.

When he was second at the European Championships in Helsinki in 2012, he missed out by 0.03 as fellow Frenchman Christophe Lemaitre won in 10.09 and then when he won bronze in Amsterdam in 2016, the margin was even narrower. Vicaut finished in 10.08, just 0.01 behind gold and silver medallists Churandy Martina from the Netherlands and Turkey’s Jak Ali Harvey.

He has knocked on the door so hard - and so often - and now he hopes he can smash his way through it after a summer battling back from injury where he was sixth in the final at the IAAF World Championships in London.

He will return to Great Britain for the IAAF World Indoor Championships in Birmingham in March and speaking to athle.fr, he has revealed his development under coach Dimitri Demoniere, a fellow Frenchman who won European U20 relay silver during his own career.

“Sometimes, we stay in the stadium for an hour or two after the first part of the training and then we simulate the approach of major competitions, including the passage to the call room. To better understand the big events, you learn,” said Vicaut.

Vicaut was coached by Demoniere as a youngster before he spent eight years under the tutelage of Guy Ontanon. The pair joined forces again last autumn and despite a chequered build-up to the World Championships in London, he equalled his best performance in a global championships with a sixth-place finish in the 100m.

Now training in Agadir in Morocco, Vicaut hopes to prepare for the summer in both the USA and Jamaica with the indoor season an integral part of what might happen in Berlin.

“I rarely line up indoors but it can be interesting in the perspective of the summer,” he said. “The last time [I did an indoor season] was in 2013 and it went well as I became European champion.”

A title he would love to have to his name outdoors. History awaits his arrival.

- It is the continent’s ultimate multi-sport event, an 11-day celebration of European sport staged every 4 years.

- 4,500 athletes and 52 nations will compete across the seven sports.

- Potential TV audience of over 1 billion with millions more across multiple digital platforms.