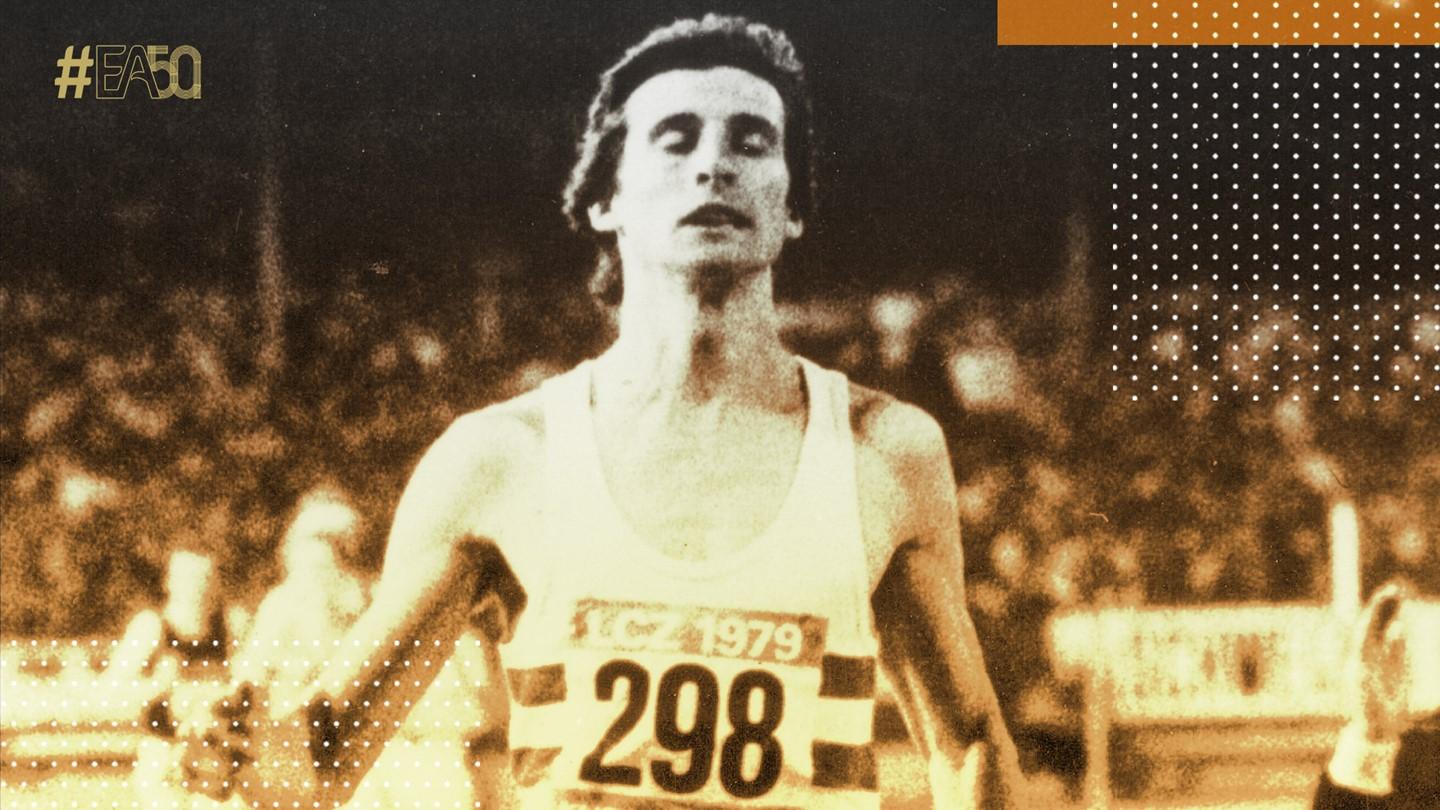 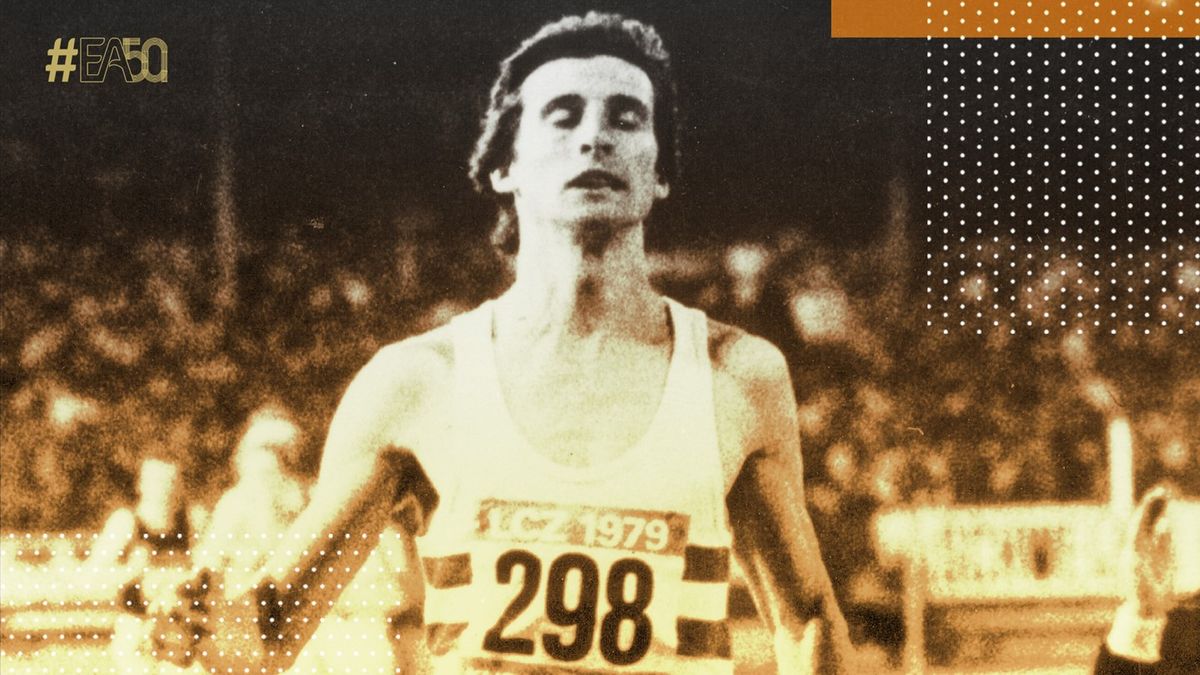 Sebastian Coe was still very much a novice in terms of facing international opposition when he arrived in the city of his namesake for the 1977 European Athletics Indoor Championships but by the time he left a few days, with the 800m gold medal having been hung around his neck, the whole world had been alerted to his talent.

In the previous month, Coe had clocked successive British indoor records of 1:47.6 at an international meeting in Dortmund, West Germany, and then 1:47.5 on home soil in the converted aircraft hangar that doubled as Britain’s premier indoor facility at the time at Cosford. Coe had marked himself out a potential medal contender.

However, with Italy’s newly-minted world indoor record-holder Carlo Grippo also among the San Sebastian entries – having run 1:46.37 in Milan just three weeks before – and Liechtenstein’s Gunthor Hasler and Yugoslavia’s Milovan Savic having also run faster than Coe when finishing behind Grippo, he was far from a solid favourite even to make the podium.

As Coe recalled in his 2012 autobiography, Running My Life: “This was my third trip abroad, and far bigger than anything I had done before.”

Nevertheless, if Coe was nervous, it didn’t show to those in the Basque city.

He progressed comfortably through to the final on 13 March by winning his heat and semifinal with relative ease the day before – in an era when it was not unusual to have three middle-distance races in two days at the championships – while, by contrast, Savic failed to make it out of his heat and Grippo pulled up in his semi-final.

Nevertheless, Hasler had looked impressive when winning the first of the two semifinals before Coe won the following race and East Germany’s Erwin Gohlke had been a heat winner and close second to Coe in his semi-final so was thought very much to still be in the reckoning.

Coe – still 20 and an Economics and Social History student at Loughborough University – went into the lead shortly after the gun and took the six-man field through the halfway point in 51.37, a very fast split for the era which put him on world record pace.

He had a metre on Gohlke and Hasler in second and third, but the pair were still in the race. At 550 metres, the famed British TV commentator Ron Pickering put into words what many looking on were things. “He’s still going away but has he done it all too soon?”

Coe had two metres on the chasing pair at the bell but instead of tiring over the last lap it was his rivals who started to tie up and the Briton found another change of gear over the final 50 metres to win in a championship record of 1:46.54 – rounded down on the official results to 1:46.5 using the rules in force at the time – to move up to second on the all-time list for the event.

Behind him, Goh;ke hung on to take silver in a national record of 1:47.2 while Switzerland’s Rolf Gysin came through for a surprise bronze having been detached and last with 80 metres to go.

“I decided to run from the front,” Coe recalled. “When I broke the tape, I could barely believe what I had done. I was now the holder of a European title!”

His mark was to remain a championship record until 1990 when Coe’s compatriot Tom McKean won in Glasgow in 1:46.22.

However, as he also recalls in his book, Coe’s preparations were nearly undone just before the final when a British team official who had been given the task of looking after the young runner’s spikes while he warmed up, was nowhere to be seen. An anxious Coe eventually found him in a nearby corridor, watching the afternoon’s skiing highlights on a TV!

Coe’s victory fired the gun not only on a spectacular career which saw him go on to win two Olympic 1500m gold medals and set 12 world records but also on almost a decade of middle-distance dominance by himself and compatriots Steve Ovett and Steve Cram.

'I was a relatively unknown athlete when I competed at those championships and that international experience was an incredibly important milestone in my career,' said Coe.

And if there was any disappointment at all in having just missed the world best, then it was assuaged just under three years later in 1980 when he ran 1:46.0 in Cosford and then reduced his time further to at the same venue 1:44.91 in 1983, which was to be the first official world record when what was then the IAAF ratified indoor marks from the start of 1987.