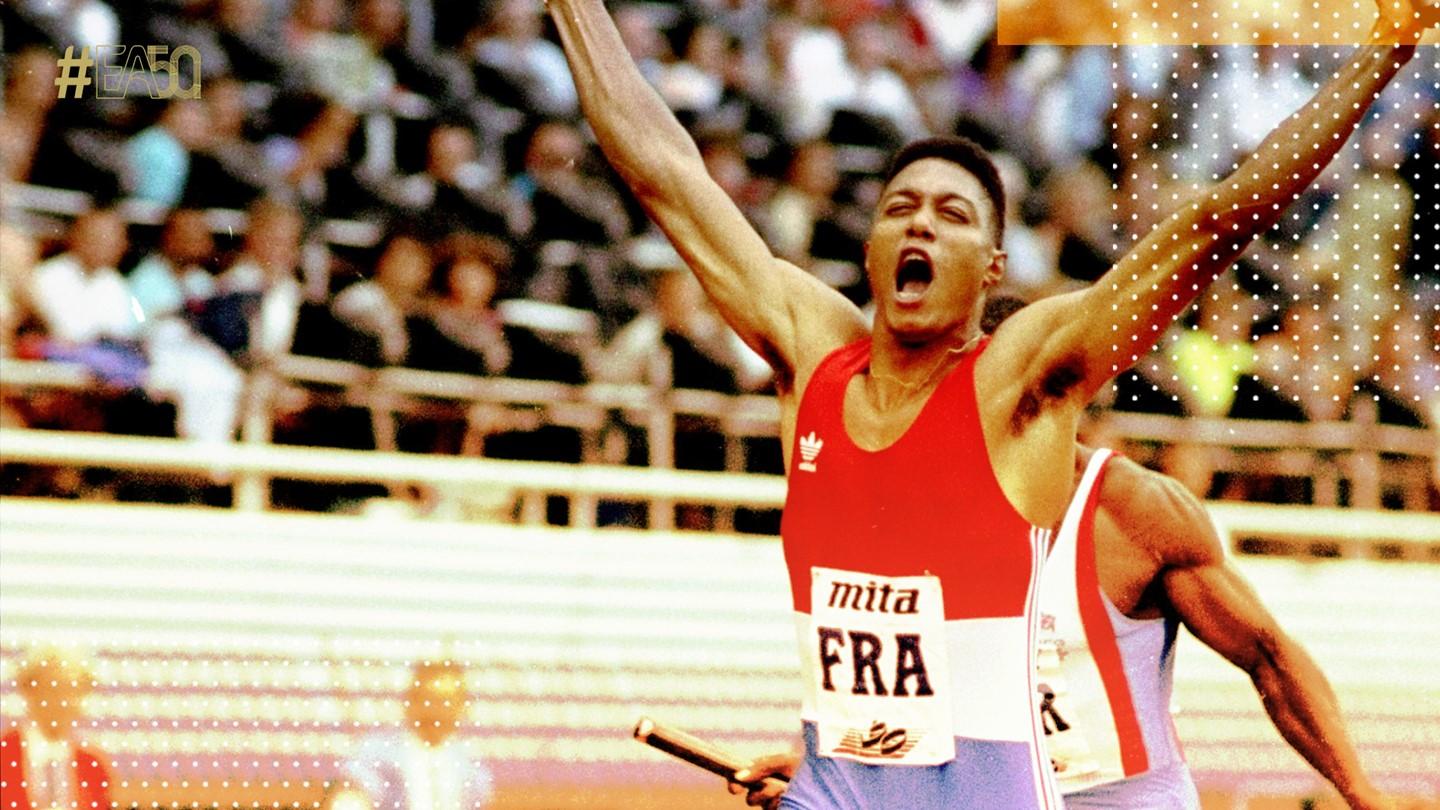 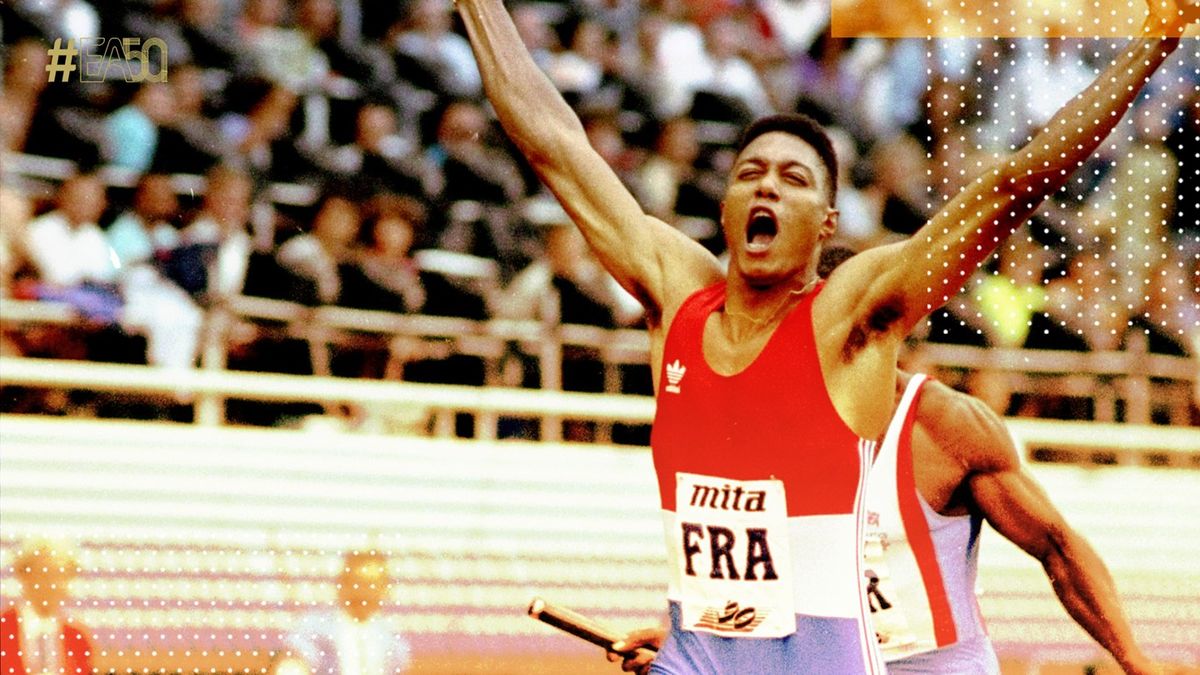 With two individual champions on their team, Great Britain began as the obvious favourites in the 4x100m relay final on the sixth day of the Split 1990 European Athletics Championships.

The British team broke the previous championship record of 38.29 and demolished their national record of 38.28 with 37.98 but this time still proved insufficient to halt the French team with a triumphant Bruno Marie-Rose holding off Linford Christie on the anchor leg.

Christie made very little impact on Marie-Rose who not only anchored the French to their first European 4x100m relay title since 1974 but also to a spectacular and unsurprising world record, the only world record to be set at the 1990 European Championships in Split. The clock initially stopped at 37.80 before the time was corrected to 37.79, the first time the world record in the 4x100m relay had been taken out of the hands of the United States since 1968.

Drawn directly outside the British quartet in the final, Max Moriniere kept pace with Darren Brathwaite on the first leg. Brathwaite handed on the baton to European 200m champion John Regis but his French rival Daniel Sangouma matched Regis stride for stride down the back straight before making the handover to Jean-Charles Trouabal who blazed around the bend, giving France a clear lead over the Brits.

Marie-Rose might have missed out on the individual medals in the 100m final but if anything, the long-striding French anchor leg runner extended the margin on the Brits and Christie who won individual gold earlier in the week in a slightly wind-aided 10.00.

There was some initial discussion as to whether the final changeover between Trouabal and Marie-Rose was legal. It was certainly audacious and by no means as smooth as it was in the heats but it was deemed to be just inside the zone. The British quartet watched the replay from the perimeter of the track in incredulity as Trouabal and Marie-Rose very nearly fumbled the exchange which would have cost them both the title and the world record.

But the result stood and the French team shaved four-hundredths off the previous world record which had been set by the United States at the 1984 Olympic Games in Los Angeles. Not since Jamaica in 1968 had the United States lost their grip on the world 4x100m record and not since Germany in 1960 had a European quartet held the world record in the sprint relay.

France’s world record time only stood for just over eleven months. The United States matched their time with 37.79 on 3 August 1991 in Monaco before revising the record with a 37.67 clocking just a few days later at the Weltklasse in Zurich on 7 August 1991. The United States went on to win the world title in Tokyo later that month in another world record of 37.50 but the French team performed nearly just as well on the global stage as they did in Split with an unchanged French quartet coming home for the silver in 37.87.

But their time on that day in Split remains intact on the French record books almost thirty years and it remains the last world record to be set on the track at the European Athletics Championships.