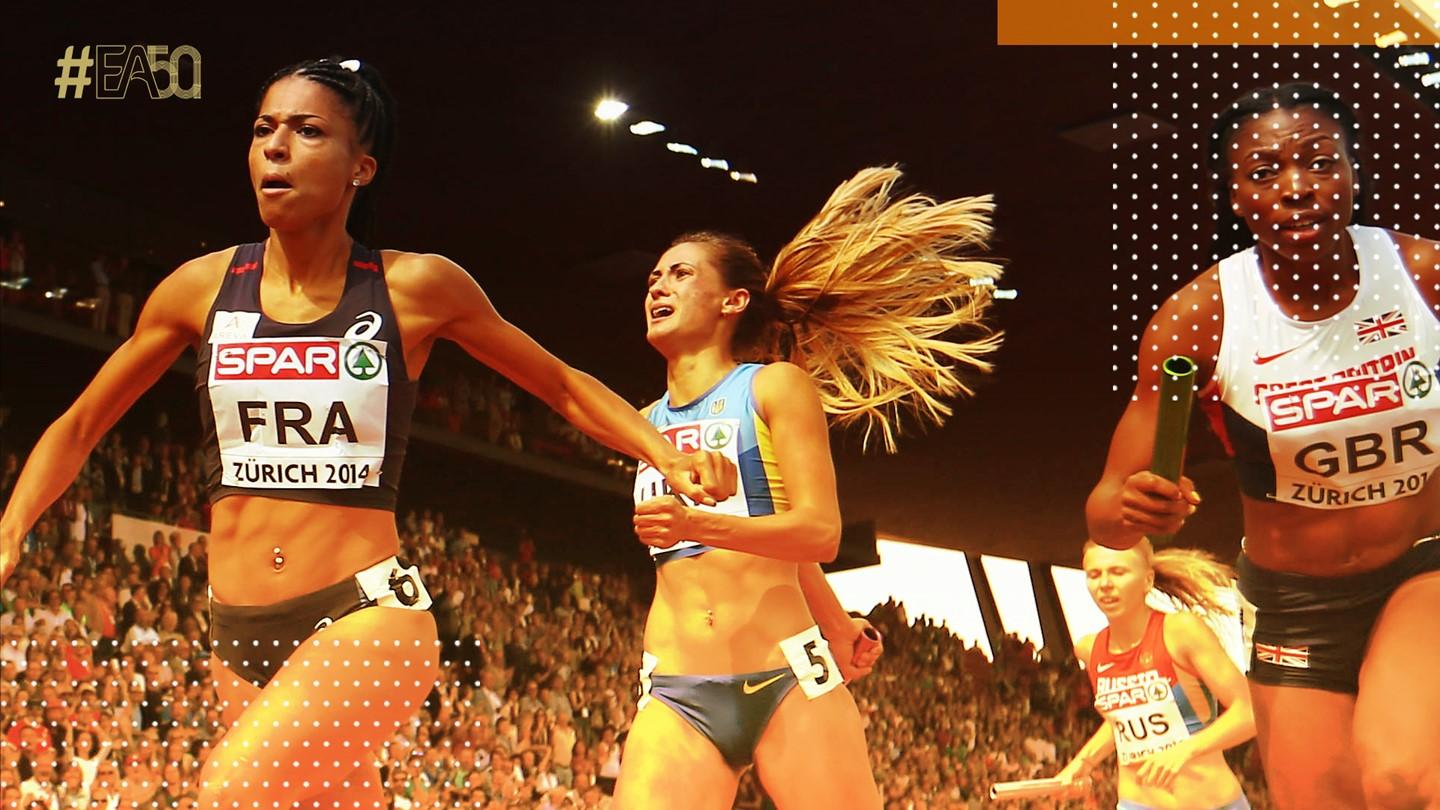 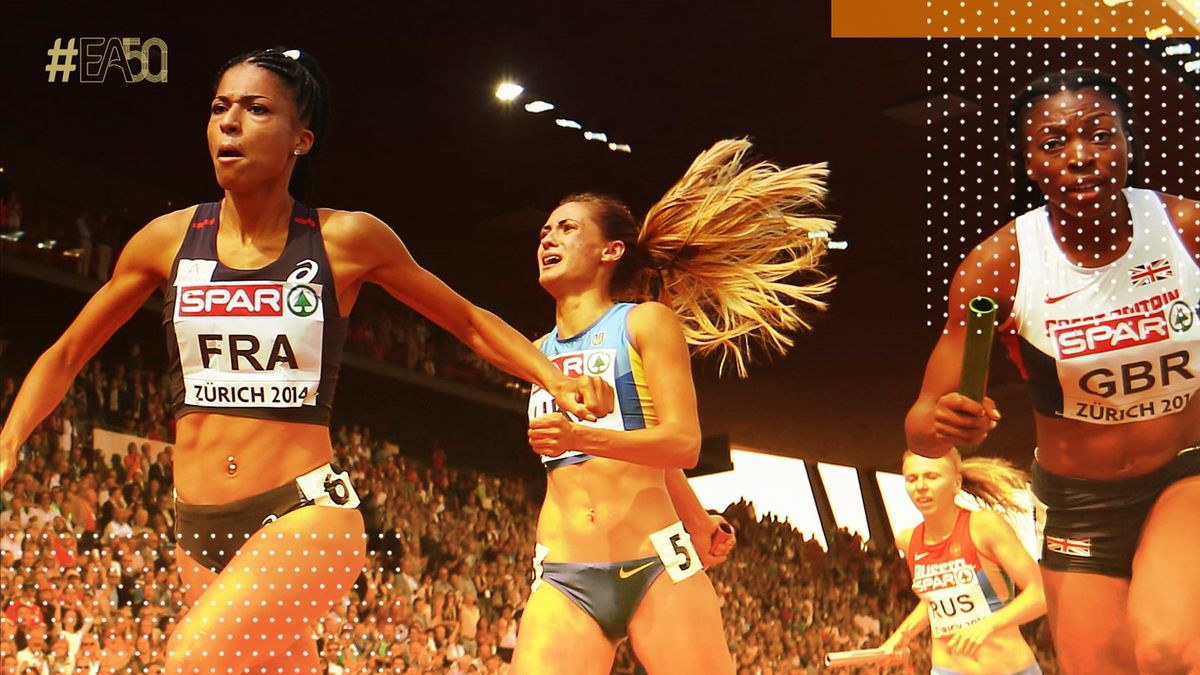 The French relay team has produced some unforgettable moments in European Championships history.

Olympic champion Colette Besson’s last leg duel with Lillian Board, who went on to anchor Great Britain to victory, at the 1969 European Championships in Athens is still considered by many as one of the most exciting 4x400m relay races in history.

Nearly 20 years later the French men’s 4x100m relay team combined to set a world record at the 1990 European Championships in Split and in 1998, Christine Arron produced what is thought to be the fastest ever anchor leg to bring France to gold in the women’s 4x100m relay final in Budapest.

Fast forward 16 years later and it was Floria Guei’s turn to produce some more relay magic for the French who enjoyed a brilliant campaign at the 2014 European Championships in Zurich. Other standout performances included Yohann Diniz’s world record in the 50km race walk and Renaud Lavillenie’s third successive title in the pole vault.

The French team won nine gold medals in Zurich but none of them came in such dramatic fashion as their gold medal in the women’s 4x400m relay in Zurich courtesy of Marie Gayot, Muriel Hurtis, Agnes Raharolahy and their anchorwoman par excellence Floria Guei.

In one of the enduring performances of the championships, Guei took hold of the baton in a distant fourth just ahead of the Poles and while she had started to make up ground on the three teams ahead of her - Russia, Great Britain and Ukraine - the medals still seemed tantalisingly out of her grasp with 200 metres remaining.

But as the leading triumvirate tussled for the title, they were all surely unaware of the resolute and determined progress of Guei who had started to close what still seemed to be an insurmountable gap on the top three teams around the bend and into the home straight.

But moving wide midway down the home straight and with her eyes fixed on the finish line, Guei continued her seemingly impossible journey to the title.

Courtesy of a sub-50 second anchor leg, a disbelieving Guei took France all the way from a distant fourth to the gold medal - their first in the event since Helsinki 1994 when their quartet which included the great Marie-Jose Perec won in near gun-to-tape fashion by almost two seconds in 3:22.34.