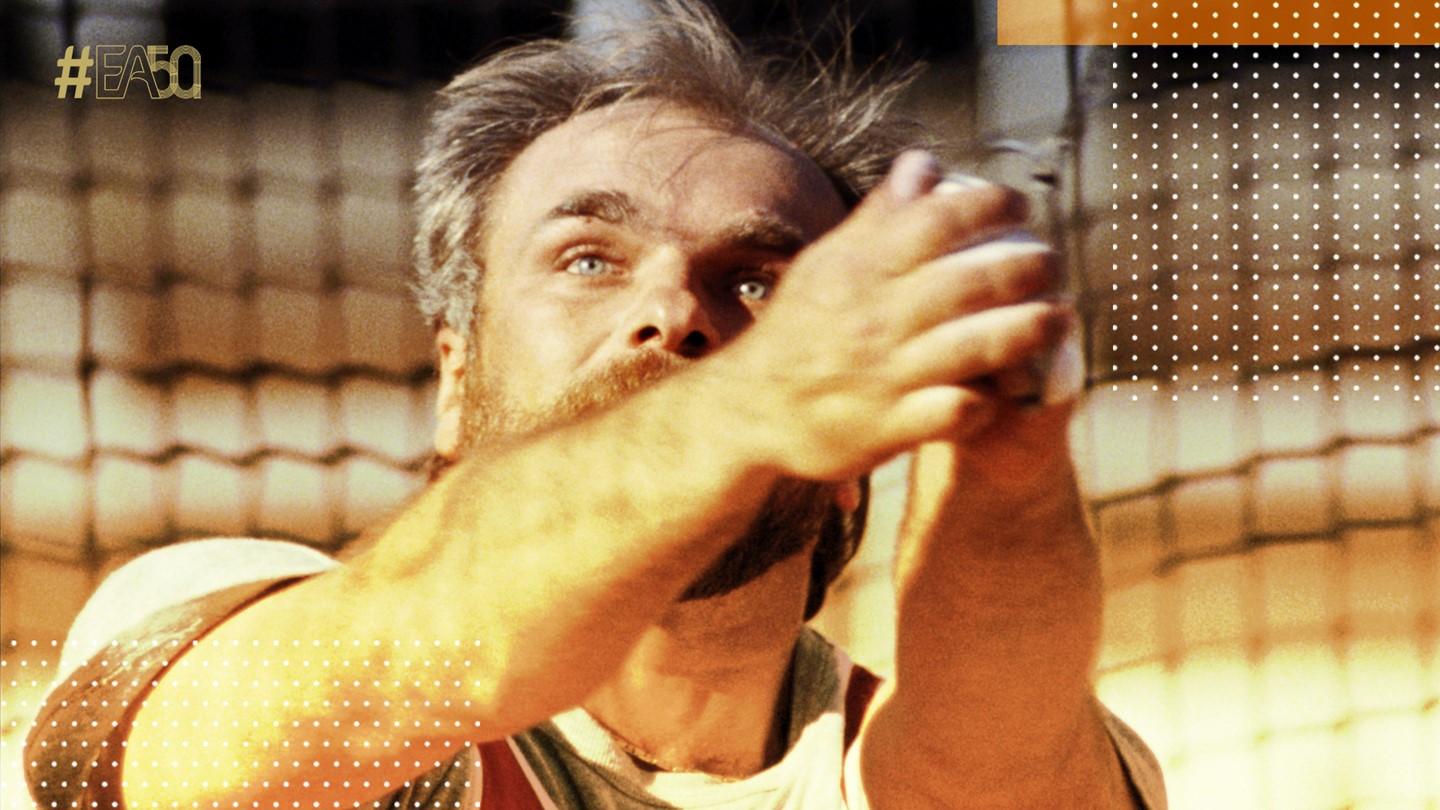 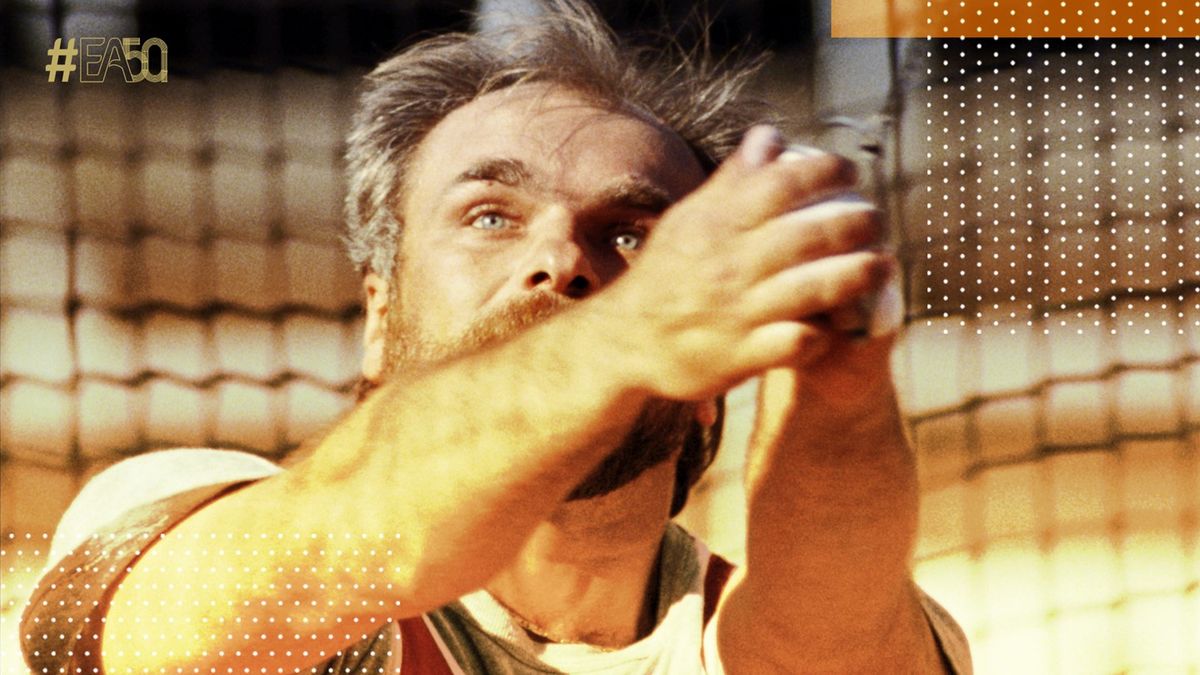 Before the competition at the 1986 European Athletics Championships got underway in Stuttgart, Yuriy Sedykh had already done and won almost everything a hammer thrower could wish for.

At the age of 31, he had won gold at the 1976 and 1980 Olympic Games – and would have been the favourite at the 1984 Olympics but for the Soviet bloc boycott – taken the title at the previous two European Athletics Championships, improved the world record on no less than five occasions since 1980 and still had that accolade to his name with 86.66m from a competition in Tallinn little more than two months earlier.

However, the Soviet wanted more in the German city. No other hammer thrower had successfully defended their title at the European Athletics Championships, let alone had three consecutive victories, and Sedykh thought that after his throwing in Tallinn that the world record could be improved upon yet again.

To succeed in his goals, he would nevertheless have to defeat his red-vested Soviet teammates Sergey Litvinov and Igor Nikulin, which was no small task.

Litvinov himself had set three world records and delivered the only significant defeat of Sedykh’s international career when he beat him to the inaugural world title in 1983. Nikulin, the lesser-heralded member of the USSR trio, had picked up the silver at the previous European Athletics Championships in 1982, bronze at the 1983 World Championships and also was capable of also throwing a long way over 80 metres.

What ensued in Stuttgart, with the rest of Europe as enthralled bystanders, was arguably the greatest ever hammer competition, not least because it was contest played out a major championship in front of the eyes of the world.

Sedykh gradually closed the gap with throws of 85.28m and 85.46m in the second and third rounds respectively but at the halfway point in the competition, it was still Sedykh’s rival and regular training partner Litvinov – with both men being mentored by the 1969 European champion Anatoliy Bondarchuk – in the lead.

However, in the fourth round, Sedykh launched his implement out to a world record 86.74m, which remains the best distance ever achieved almost 34 years later. With anticipation rising in the packer Neckarstadion that he might throw even further, Sedykh almost fulfilled those wishes and followed up his world record with 86.68m before finishing the greatest ever series in the history of hammer throwing by reaching 86.62m.

Litvinov, disappointment written all over his face but accepting his defeat with equanimity, couldn’t improve after the first round and although his other three valid throws all went over 80 metres, none came within three metres of his opening effort while Nikulin’s held third place throughout the competition and had a best of 82.00 in the fifth round.

“On that day (in Stuttgart), everything came together: my mood, my physical fitness, my ambition, the competition, the sector, the fans and the weather,” recalled Sedykh, in an interview with the Russian sports newspaper Sport Express in 2015.

“Sergey (Litvinov, who died in 2018) had actually thrown over 87 metres in training. We were training together in Podolsk, in the suburbs of Moscow where we often trained, just before leaving for Stuttgart and our training area merged with a forest at the far end.

“At the edge of our sector, and we measured it at 80.50m, there was a tree and one throw of Sergey’s went far, far past it. True, there was a very small slope, but I think it must have been 87.30m or thereabouts.

“However, with that throw at the back of his mind, I think that’s what defeated Sergey in Stuttgart. He put everything into his opening throw and was looking for over 87 metres but when his first attempt ‘only’ went out to 85.74m, he became ever so slightly demoralised and all his others throws were less effective.”

“In Stuttgart, for several hours after I got back to the hotel from the stadium people came up, took autographs, thanked us for what they had witnessed.”

Sedykh – who has lived in France for a number of years and whose daughter Alexia Sedykh won European U20 and U23 medals representing Les Bleus – believes that his mark will continue as the world record for some years to come.

Cynics will say that throwing records set in the 1980s are tainted by the spectre of doping in that era but the erudite Sedykh took a different view in that wide-ranging interview.

“Remember that anthropometric indicators were in wide use to find throwers (in the Soviet Union) at that time. In the Soviet Union, there was a phenomenal selection process for athletes. Not a single boy with outstanding natural talent and physique was lost. Plus, in some incomprehensible way, we have lost all our top coaches (after the breakup of the Soviet Union).

“Talking about the technical component of the hammer, the current generation of throwers cannot be compared with the athletes of that time. When you throw a projectile perfectly, you have a feeling of lightness, grace, and beauty. Now everyone focuses solely on strength,” said Sedykh.