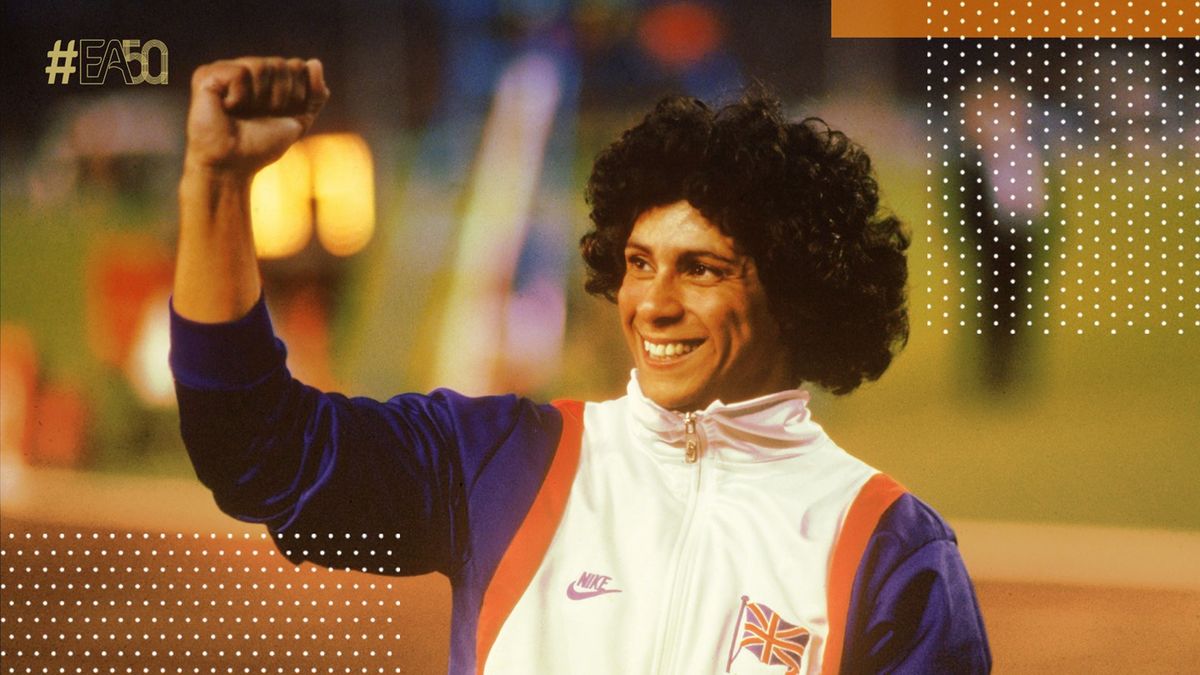 Fatima Whitbread cut a dejected figure at the Commonwealth Games in Edinburgh after yet another major title slipped out of her grasp but the Brit discarded her 'nearly woman' tag in spectacular fashion the following month at the Stuttgart 1986 European Athletics Championships.

Whitbread’s run of near misses dated back to the 1983 World Championships in Helsinki where she was famously supplanted in the last round by home favourite Tiina Lillak. Whitbread took bronze at the 1984 Olympic Games in Los Angeles behind her teammate Tessa Sanderson who would go on to usurp Whitbread in the penultimate round at the 1986 Commonwealth Games in Edinburgh.

But surely Whitbread couldn’t be denied the European title in Stuttgart, especially after her astonishing performance in the qualifying round? With just a few thousand spectators in attendance in the Neckarstadion and the press tribune largely empty, the Brit sensationally added two metres to East German Petra Felke’s world record with 77.44m at a stroke before 9.20am on the third morning session of the European Championships.

“I was only here to qualify but what a pleasant surprise! All the hard work has paid off but we mustn’t forget this is just the qualifying round,” cautioned Whitbread.

Those with good memories would remember Yelena Gorchakova from the Soviet Union only coming away with bronze in the javelin at the 1964 Olympics in Tokyo after setting a world record in qualifying. And Whitbread would also have to overcome a line-up replete with her principal adversaries, including former world record-holder Felke and reigning world champion Lillak.

Whitbread began the final tentatively, opening her account with 66.66m and then a no-throw. Felke might not have been in her very best form on another cool and drizzly evening in Stuttgart but the East German took the lead with her second round throw of 72.00m.

But with her throwing arm beginning to find its mark, Whitbread started to mount a challenge on Felke’s lead. She reached out to 71.94m in the third round before inching ahead of the East German in the fourth round with 72.68m.

Whitbread knew Felke was capable of regaining the lead in the last two rounds and those fears were very nearly founded when Felke’s spear in the sixth round landed in between the 70 and 75-metre line. But the distance on the scoreboard flashed up at 72.52m - just 16 centimetres short of the lead - and the gold medal for Whitbread was all but assured.

“I was very worried on the last throw because Petra is so formidable herself - she could possibly throw 73 or 74 metres which would make it quite difficult for me in the last throw,” recalled Whitbread who lost out in the final round at the 1983 World Championships.

Whitbread followed Felke in the throwing order and shackled from all the pressure and tension, Whitbread sent her sixth and final throw soaring out beyond the 75 metre-line. The javelin landed at 76.32m, the second longest throw in history after her world record set the day before in qualifying.

As well as winning her first major title, Whitbread became the first thrower to surpass the 250 feet in the discipline and the first British female athlete to break a world record in a throwing event.

“It’s always very difficult because I came here just to qualify - going back to the hotel with a world record was a bit astonishing,” said Whitbread on following up her world record with the gold medal on back-to-back titles.

“This morning [the morning of the final] I woke up with a bad shoulder because I’ve over-exerted myself. I found it difficult to get into the competition early on but managed to come through at the end - that is very pleasing,” she said.

On whether the world record or the European title meant more, Whitbread said: “Both, I have to be honest. Winning the European Championships, you keep that medal for life. World records can be broken but I think this one will stay for a long time.”