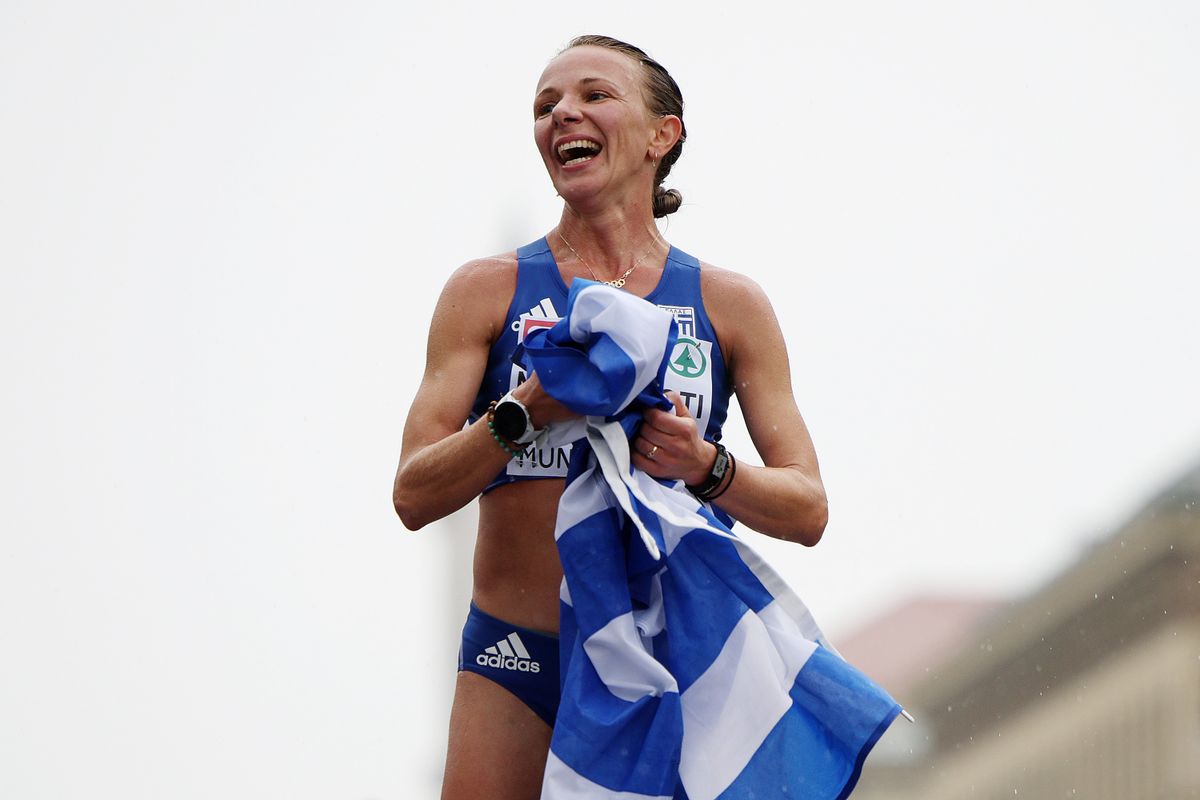 After waiting 19 years for her first major championship medal - a gold in the 35km race walk on Tuesday (16), Antigoni Ntrismpioti made it two titles in the space of five days as she battled her way to a stunning double in the 20km in the Saturday morning rain in the heart of Munich’s Old Town at the Munich 2022 European Athletics Championships.

The 38-year-old Greek, who fits in her training around waitressing duty at her family’s restaurant, often pounding the streets of Karditsa after midnight, confirmed her belated graduation to world class as she judged her tactics to perfection, as she had in the 35km race.

On three occasions Ntrismpioti had to dig deep after being dropped – slipping back to 12th at one point - but if her rivals thought her winning effort from Tuesday was taking a decisive toll they were to be sadly mistaken.

As the race progressed, Ntrismpioti - who was the only race walker to contest both events in Munich - grew in strength, pulling clear of Poland’s double world silver medallist Katarzyna Zdzieblo with three kilometres remaining to win by 17 seconds in 1:29:03, a personal best. Germany’s Saskia Feige took the bronze in 1:29:25, a personal best to ensure that the hosts maintain their record of winning a medal in every session.

Having started her international career way back in 2003, placing a lowly 16th in the European U20 Race Walking Cup, the diminutive Ntrismpioti has finally emerged as a big global force - with eighth place in the 20km race at last year’s Olympic Games and fourth place over 35km at the World Athens Championships in Eugene last month - and now as a double European champion. 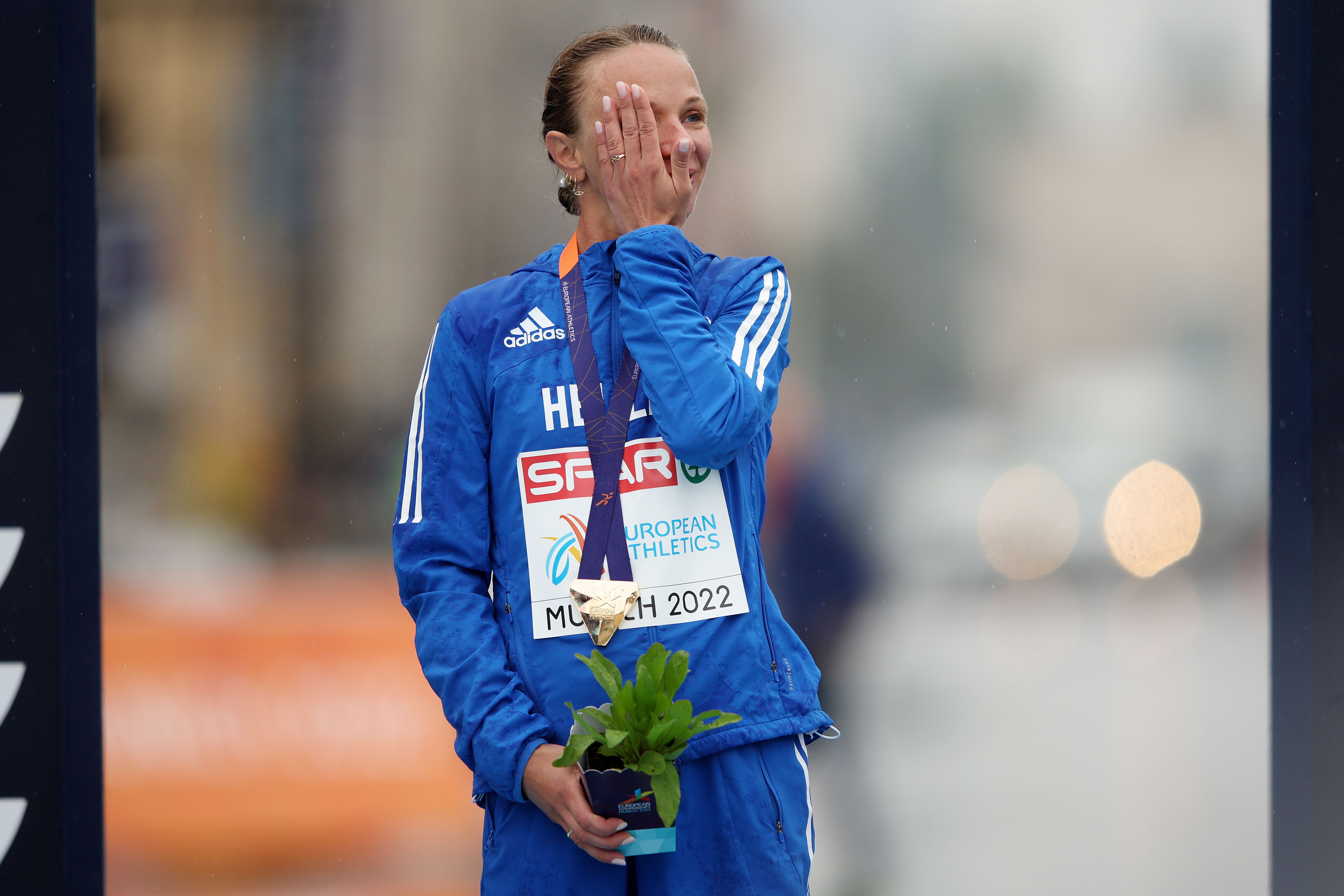 Four years ago in Berlin, she suffered a painful double loss rather than gain, falling in the rain and breaking two teeth en route to 13th place in the 20km race. “It’s unbelievable,” said Ntrismpioti. “It was only in the last quarter of the race that I thought I could be in the medals, but not definitely winning.

“Before that, I was just trying to assess the form of the other girls, trying to work out in what place I might finish. I didn’t think this would happen.”

In the men’s 20km race walk, Sweden’s Perseus Karlstrom produced a remarkable comeback, finishing with the silver medal behind defending champion Alvaro Martin of Spain - four days after exiting the 35km race walk in a wheelchair.

As he entered the finishing straight in Odeonsplatz, the indefatigable Karlstrom – a bronze medallist in the 20km and 35km at the World Championships in Eugene a month ago - collected a yellow and blue Swedish Viking hat and smiled his way to the line, a happy contrast to the distraught figure who was reduced to a vomiting state of collapse 10km from the finish of the 35km race.

It was an outstanding achievement by the 32-year-old - son of 1986 European 10km bronze medallist Siv Gustavson and two-time world 50km silver medallist Enrique Vera of Mexico - even if it was not quite enough to stop Martin from retaining the title he won in Berlin four years ago. 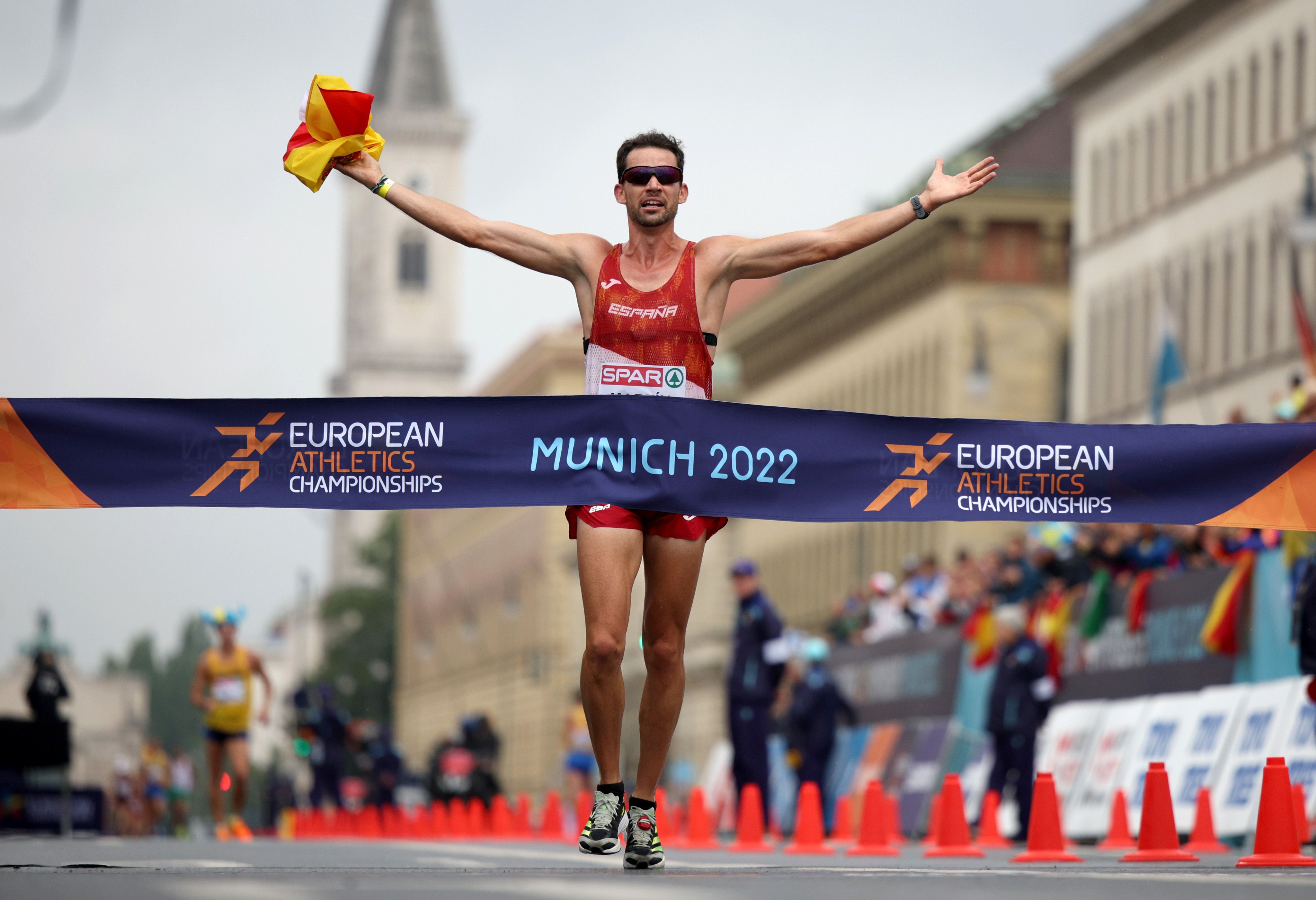 Karlstrom made the first major move of the ten-lap race, turning the screw with a 3:54 split in the 13th kilometre and whittling the ten man lead pack down to just three, with Martin and his Spanish teammate Diego Garcia still managing to keep in touch.

It looked like it might be a decisive break but when the Swede slowed slightly at the 14km drinks station, Martin seized his chance to strike, injecting two successive kilometres of 3:47.

Despite collecting two yellow warning paddles, the 2018 champion kept his technique sufficiently in check to finish twelve seconds clear in 1:19:11, a personal best.

“This is very beautiful, a second gold for me,” said Martin. “I had to work hard for it. I have to pay tribute to my rivals, especially ‘Percy,’ after what happened to him on Tuesday.” 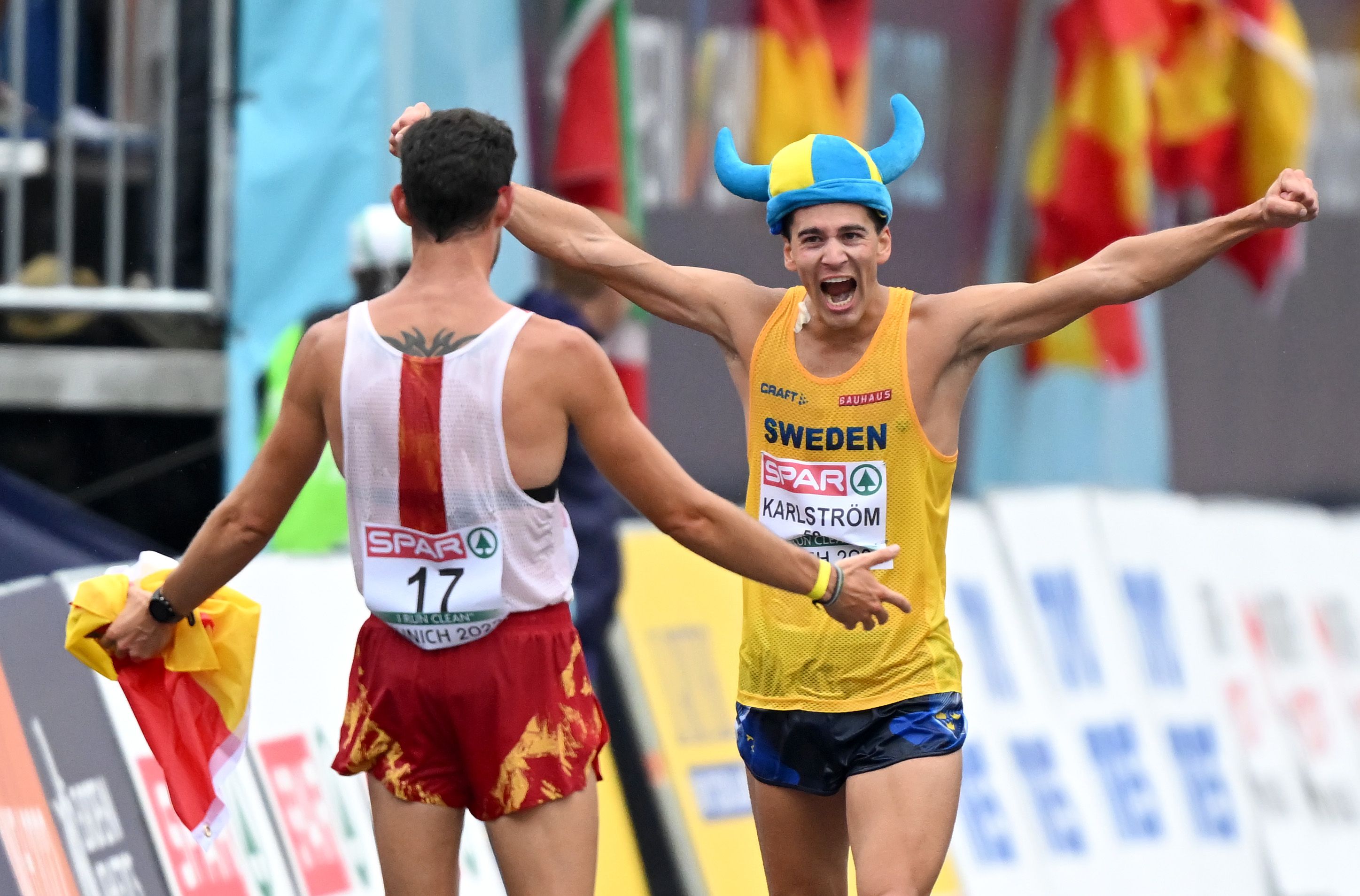 Karlstrom could not stop smiling. “I am exhausted but delighted to have won a medal,” he said. “This means a lot to me. I was sick before I stopped in the 35km race. I also had an asthma attack. I thought I might have Covid but the doctor checked me out and that wasn’t the case.

“I wasn’t sure whether to race today but a good friend of mine told me to take the chance that was there, to go for the gold medal. I’m so happy to get a medal.” 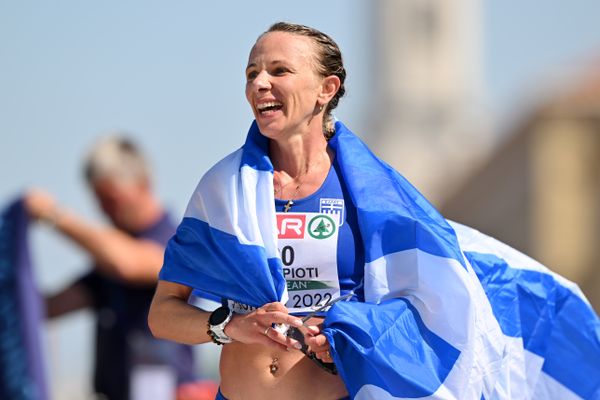