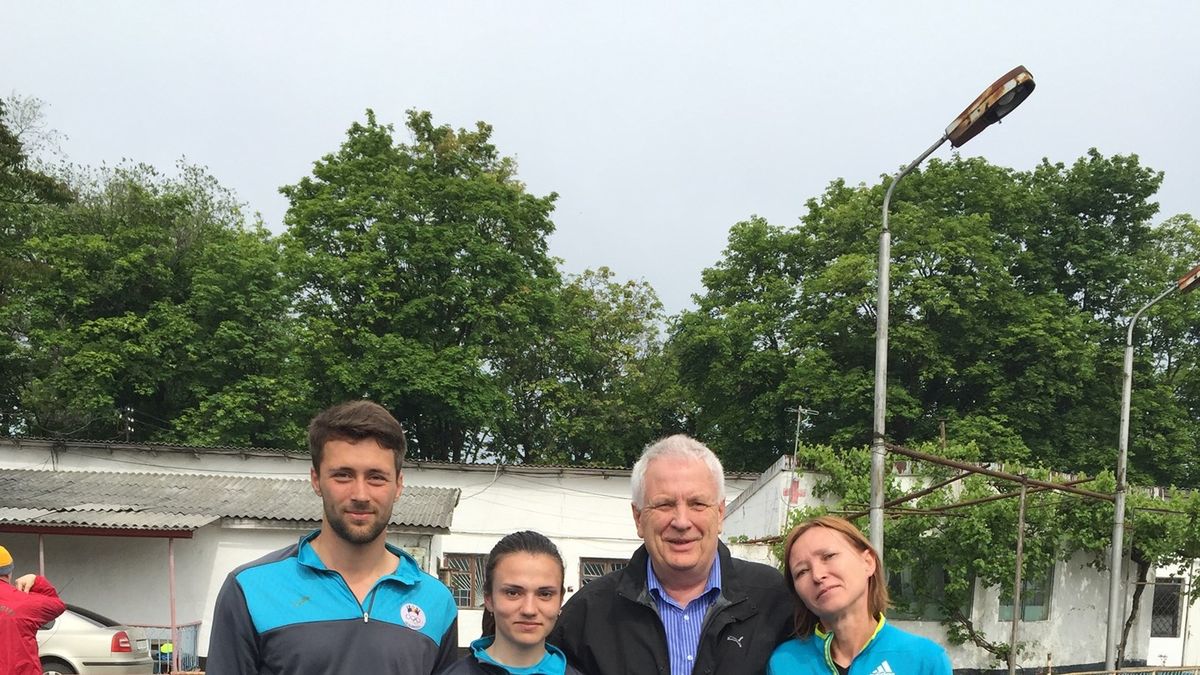 Hansen and Karamarinov meet with Moldovan NOC and Minister of Sport

European Athletics President Svein Arne Hansen and First Vice President Dobromir Karamarinov travelled to Chisinau as part of their visit to Moldova from 9-10 May.

Hansen and Karamarinov met with leaders of the Moldovan Athletics Federation, including President Anatolie Balan at the office headquarters, to examine the current situation of athletics in the country as well as areas to further develop.

President Hansen then met with the Moldovan Minister of Sport, Victor Zubcu, to discuss the state support system in the country with funding required to renovate the Dinamo Stadium athletics track and facilities.

Hansen personally inspected the Dinamo Stadium which hosts the only athletics track in Moldova. He was also introduced to some of the country’s leading athletes and coaches.

“It’s very important to have agreed to renew the Dinamo Stadium which is the most significant training ground for athletes here in Moldova.

“I have met several people here who are very passionate about athletics and we need to make sure to support them moving forward so that they can keep preparing in the best possible conditions,” said President Hansen.

A new Mondo track is set to replace the current one in a matter of months.

President Juravschi was presented with a European Athletics plaque ‘in recognition of valuable service’. Juravschi is also known for winning two canoe sprint gold medals at the Seoul Olympic Games in 1988.

Moldova will take part in the first edition of the Championships of the Small States of Europe to be held in Malta on 11 June.